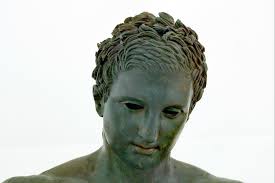 This is from the meeting of Tuesday 28 February 1989, with Mr Adie. The first question was from Gary, who said: “I’ve had an experience today from which I’ve learnt a lot more about my ego again. I wrote a small article of which was a humorous nature and I passed around the office and everybody enjoyed it. Since then, I’ve re-read it, I’ve looked at it again, I’ve, the day I spent over the phrases I used, as if I wallowed in it, just went over and over and over it. I realised any thought of aim, and thought of remembering myself was, there was no room for that.”

“It’s very important what you say,” replied Mr Adie, “and it’s very important that we can try to understand it, because our lives are very trivial. That is a tragedy, if we realise of what they could be. Our lives are not full of conscious intention with planned action, there’re full of desires, attachments and so-called plans, but this is all automatic. That is why it is illuminating to see that you’re taken by such utter triviality, just some sort of joke and then you go over and over and over it again.”

Gary said: “I even had the thought that if I had the choice of having this day over again would I, or would I not do the same? Would I not like that taste of ego again?”

“Well, you’d laugh at a good joke,” replied Mr Adie, “but maybe just to enjoy it and not to identify with it to that degree and for so long. It isn’t that we have to lose a sense of humour, far from it, and it may have been quite amusing, who knows? But it comes with a big price.”

“So what are you paying the price of? Not writing the joke; that’s not what you’re paying for. You’re paying for the sleep, for not being there. For allowing everything go like that. If you think of it in terms of time, you have a given life, it has to last so long – you don’t know how long. It’s measured in years, in days, or in seconds. It might stop at any moment, some badly fastened door on a liner and sixteen people drown.”

“The other part I experienced is that I almost felt the force of the strings that were pulling me,” Gary added: “I felt dragged.”

“Certainly, you’re dragged. You don’t go, you’re pulled like an animal with a ring through the nose. In spite of the fact that you notice it, you’re still pulled. But you could find that out, you could put a newspaper down in front of you and pretend it’s not there. You’ve got important things today, but you find that you’re going over the newspaper, you want to see if he knocked him out, or who caught the most goals, or some idiot thing.”

“But the value in this case is seeing the triviality of it compared to my life. The real cost is that you do not live consciously that part of your life. At other times you lose far more energy over far worse things, negative things. This thing at least had nothing particularly negative about it, you were just sleeping. So, I lose my sense of where I am, and I’ve lost everything.”

“Yet in this case it was not just a nothingness for you – you were aware of it. So it’s a very good day you’ve had. Very good. But you will still be enticed, like the sirens on the rocks, you know, according to the Greek legend, there were sirens that sang out with their beautiful voices, and lured sailors to their doom.”

“Everybody follow? It’s a beginning, don’t imagine that you’ve seen it, and now that’s done, that’s good, I know that, not at all, now. Only just now is the beginning of possible work. Not in order to not to write jokes, in order to be present. In order to not just get taken. Best jokes I ever heard were from Mr Gurdjieff.”

“So, the question now is, how am I going to use it? That is the question I’m left with, these things when they’re seen always leave a question. I don’t see the question generally, but I need to see the question, because my life is in question. When I am learning, when there is any conscious evolution, there’s always a question: what is necessary? You don’t evolve for nothing.”

“People agree quite readily, they wouldn’t expect to evolve without payment, without struggle. But we don’t live like that.”

“This is a question at every moment: what do I pay? What is necessary? That question brings you to yourself. I find I’m still laughing at this idiot joke, I’m still mouthing it over, and a certain amount of very low grade self-satisfaction and clever dick about it. So, I often live on that level, quite unconscious but in this case not quite, which is marvellous. One suddenly might become appalled: “Oh Lord, have I got to remember myself every minute?” If only I could. Of course, I can’t.”

“But life feeds me, impressions don’t cease, so I’m given unlimited impressions, my life gives me unlimited food. So what a marvellous thing I’m given, the day, the sun, the time, everything given, material and a teaching.”

Some comments, briefly: the essence of this exchange was possibly this – that when we are asleep we unconsciously paying for it through the waste of our own force if nothing else. But in order to awake, I need to pay consciously. The question: “What must I pay now?” can bring me to myself. Sometimes, perhaps I pay with myself: in this case to sacrifice the self-satisfaction which comes from writing and circulating something humorous. Mr Adie was specific: there was nothing wrong in that, it was the degree of identification with it which spilt his energy and kept him asleep.

Gurdjieff discovered this great secret: that we can use these things as a reminder. We “tag” them so to speak, so that when they occur, we say: “Ah! This is my reminder.” It is just like setting an alarm.

Next, putting the newspaper down in front of yourself was something Mr Adie used to do to help him get to more important things. He would look at it, and having an interest in affairs, something in him would be attracted. He used the force of the attraction to help him come to himself and address his higher priorities.

Must I remember myself at every moment? This is the question of the lazy who fear the effort. But we cannot, so why fear?  Rather, I can have the influence of remembering, and be closer to the surface so that when I fall beneath the surface I give a little kick, and I come up again.