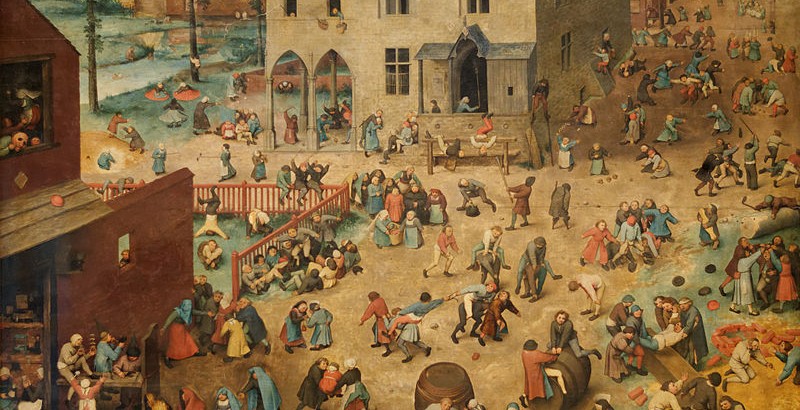 “Behind Real I Lies God”

“Behind real I lies God”, said Gurdjieff. And one possible expression of the feeling-quality of the relationship between real I and God is indicated by the prayer “Lord Have Mercy”. This was an important prayer to Gurdjieff: it is in exercises he gave Mrs Staveley and also the Adies in the last years of his life. It features in some of his very last movements. It is even found in Beelzebub. It is worth pondering. If one uses a method of continuing prayer, e.g. the Prayer of the Heart, one can take it into life, and even into the Gurdjieff preparation. Then one can experience both “Lord Have Mercy” and “I AM”. Two separated but related impulses which lived together bring an almost miraculous experience.

This statement attributed to Gurdjieff, “behind real I lies God”, lands with the force of a revelation. It was preserved by Maurice Nicoll (Selections from Meetings in 1953 at Great Amwell House, Eureka Editions, 1997, p.14). Nicoll went on to explain that it follows that Real I can be placed on the Ray of Creation around the note “si”, just beneath the Absolute. That volume has many interesting references to Gurdjieff: see pp.105, 110, 123, 126, 146, 173, 180, 188, and 202-3 (the last two pages are from Nicoll’s very last group meeting).

Then, in another book of miscellaneous meeting notes, it is related that Nicoll had said that when he and his wife were at the Prieuré, their two year old baby Jane fell sick. Gurdjieff kept the members of the Institute up for most of the night doing unusually difficult exercises “in order to create the force which he was able to use to cure Jane … He and Mrs Nicoll always felt that he had in this way saved Jane’s life.” (Informal Work Talks, Eureka Editions, reprint of 1998, p.82). This book, too, contains other Gurdjieff anecdotes and maxims: see pp.3, 6, 17, 48 (x2), 51, 93 and 113-4.

In my opinion, however, the very best and most useful material from Nicoll’s groups is to be found in Notes Taken At Meetings January 18, 1934 to April 28, 1934 (Eureka Editions, 1996). What Nicoll writes there about the internal parts of centres, and other topics, is – to my mind – astounding. So precise is it, that one receives a shock from merely reading it. One of the bizarre diagrams in the hardcover edition of Views (p.218, omitted from the paperback, possibly because it was considered too opaque) is found in almost identical form in Notes Taken At Meetings. Nicoll’s explanation of it is complementary to Gurdjieff’s, and illuminating. In effect, one can see that it graphically and vividly illustrates an insight into our position as individuals and in the cosmos.

Although there is some excellent material in the far better known Psychological Commentaries and in The New Man and Living Time, as a whole, Nicoll’s best and most unique insights come in the three slim volumes of informal notes. Further, they often put ideas in a better form than that of the Commentaries. I have sometimes encountered something in one of these books, and then researched that topic in the Commentaries. It is perhaps significant that Nicoll did not revise these volumes of notes: had he done so he might have ruined them.

Nicoll was an immensely talented individual, and he had the advantage of spending many mornings with Gurdjieff, working at carpentry. Gurdjieff, too, clearly thought a great deal of Nicoll, and invited Nicoll to him after the death of Ouspensky, but Nicoll refused. However, I think that when Nicoll wrote he took too much care to express his meaning. His Commentaries are Talmudic in inaccessibility. Invariably prolix and didactic, they repeat themselves to little advantage, even in the one paper. I not infrequently have the sense of being reprimanded by a schoolmaster. The many references to the Gospels are not always enlightening: too often they just import a sense of preachy self-righteousness. And Nicoll has an awful habit of writing about “the Work” as if it spoke in a clear and strident voice, and we all knew what it was. Frequently he writes: “The Work” tells us this, and the “the Work” tells us that. Of course, the Work in so far as it can be personalised tells us nothing. But Gurdjieff, Ouspensky, and others, not least Nicoll, said a good deal. The Commentaries need condensation: for example, the anecdote about “Real I” is found there, at page 1647. Not too many readers have made it so far into the volumes, as evidenced by the fact that it is never cited.

The same deficiency in Nicoll’s “polished” work and the comparative vigour of his raw product is found in the two “New Testament” books, The New Man and The Mark. Nicoll had completed and published New Man in 1950, three years before he died, but he did not complete Mark. Yet, in my view, that is easily the best of the two books, even if it does to an extent assume the ideas in New Man. Lacking the “official Nicoll style”, New Man is more engaging and convincing. It also features the wonderful essay “The New Will”, perhaps the best thing Nicoll ever wrote, although it does not provide commentary on the New Testament.

Then, there is Pogson’s biography, Maurice Nicoll: A Portrait, republished by Fourth Way Books, 1987. One can receive an entirely new impression of Gurdjieff and the Prieuré from that volume. It is extraordinary that later researchers have under utilised these pages. It is not a “great” biography. Pogson’s approach is rather naive in some respects, and with her I always have a faint sense of the “prim and proper”. She describes how Nicoll moved his group to various stately English mansions and taught the New Testament, and she often says how wonderful and moving various events and talks were, but leaves it at that, as if the reader can share in the moment by reading of her own emotional exaltation. It is not so. Pogson could have made some attempt to bring together important ideas. Even the reference to Jane Nicoll’s illness does not mention how Gurdjieff asked people to make super-efforts to provide an energy. But why not? Pogson knew of this, and it exemplifies an important principle.

Overall, then, I think that there is some very good and useful material in Nicoll’s legacy, which has too often been overlooked. But the difficulty is that it has been badly edited and passed on. Creed’s volumes of notes are not well put together. They repeat the same illustrations and diagrams, and he has a habit (especially in his two volumes of Fragments) of mixing together valuable and rare material with excessive quotation from Miraculous and the Psychological Commentaries. Like Pogson, but even more so, Creed’s talent is for collection. And we must thank him for that.

But anyone who made their way through these books and put together a single volume of about 200 pages called “Nicoll’s Approach to Mystical Philosophy”, systematically synthesizing Nicoll’s teaching rather than cutting and pasting from various sources, would be performing a public service. For example, the statement about real I can be expanded by reference to the diagram on p.41 of Notes Taken At Meetings, but this sort of research and editing is perhaps beyond any of the commentators and editors Nicoll has found to date.

Nicoll is something of an outsider in certain Gurdjieff circles. For example, he does not appear in the Foundation-sponsored Gurdjieff: Essays and Reflections, yet a good deal of what I might politely call material of little enduring value does, side by side with some powerful material. And the feeling is reciprocal: Nicoll’s people have their own canon of acceptable teachers: Ouspensky, Nicoll and Pogson. And, from what I can see, that is about it. Yet, as I have written elsewhere, I am more certain than ever that Gurdjieff intended his pupils to learn from each other. He gave many of his pupils something unique and helped them to develop their own material: how could this not have been deliberate?

The question is: will Gurdjieff’s pupils ever start to reach over institutional walls and learn from each other? Will they ever be able to come together for any purpose? Why could the Foundation, the Bennett people, and others, perhaps in the USA, not come together on a Nicoll project, and invite people from his tradition?

After I had written the first edition of this blog, and was pondering what it takes to come to real I, I was reminded of something. It was in November 2003, and Mr Adie’s group had a time away with the “Sydney Foundation” group in the Blue Mountains near Sydney. Since that time, I have left the Adie group and it has joined the Foundation people. But at this week away in 2003, I was on the Adie group’s council, and I said at one of the meetings that it was difficult when the two councils got together because the Foundation group had twelve people on theirs. We had five. Seventeen people make for a large and unwieldy committee. Let us say that my comments were not warmly received.

Afterwards I spoke to one of our people and remarked that he knew that what I had said was right, so why did he not support me? He was not happy with me: he was glowering behind his beard. Yes, he stated, tetchily, you are right, but nothing will come of it, so why raise it? As I say, he was not happy with me.

Then, at our very next meeting, David from London made the surprising announcement, looking in my direction, that “for once I had sympathy with one of your outbursts”. Further, he had spoken to the lady in New York with responsibility for that group or had someone speak to her. I cannot quite recall which, but it may have been both. She had agreed, and the council of twelve was being replaced by a council of five persons, but the line-up would rotate from time to time.

I felt like asking David when I had given way to outbursts, and perhaps should have, as to refrain seemed to encourage him in his belief that he possessed “gravitas” and ‘auctoritas”. But, conscious that I was with others of my group, I did not. Yet, I have to say, that one of them could have supported me. However, they did not.

I also felt like pointing out to the one I had spoken to that indeed he had been wrong: the change was made. So my raising it had not been forlorn. In fact, it had been the catalyst to David contacting New York and introducing some practicality into their council’s arrangements.

Why do I raise this? Because in the Gurdjieff groups people often feel inhibited from raising matters they think will be unpopular. Be ever so sane and balanced as you like, the fact that you are not doing the done thing is sufficient to set you up as a bringer of outbursts.

Well, the moral of my story is, the ideas and the methods are real. The groups, and often the group is leadership, do not possess the same level of reality. If you are in a Gurdjieff group, do be not afraid to be wrongly seen as making outbursts. Be centred, and speak. It is not even a question of being right or wrong, so much as of learning sincerity, and how to speak while balanced, even while speaking in contradiction. The harder to do so, the realer the effort. And what would be better than to come to real I? For behind real I, lies God.