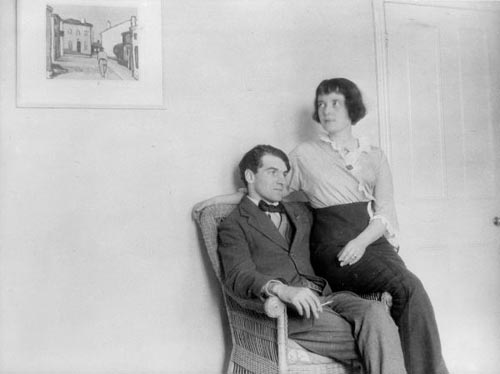 A Child of the Sun, Pierce Butler, Beech Hill, Mount Desert ME, 2016

(I have been given a pre-publication of this book: it is not slated for release until July 2016.)

For me, the most intriguing story concerning Mansfield is this one from pp.38-39 of Tchechovitch’s Tu L’Aimeras, published in the learned obscurity of French, but inexplicably omitted from the English translation: Gurdjieff: A Master in Life.

Tchechovitch recounts how, after movements had concluded somewhere towards midnight, they would repair to the refectory where Adele would offer them fresh milk and other simple delights. Although Katherine could not participate in the movements, she would watch them, or, if too tired for even that, would meet them as they returned from the Study House. Something very pleasant emanated from her, says Tchechovitch, and she was definitely  part of their group. After she had died on 9 January, they could still, for a few weeks, sense Mansfield’s presence. It was in this period, while they were returning as usual after movements, that they came into the darkness cast by the pines, and then:

“… only in the summer of 1952 did we return to this incident with Madame de Salzmann. Reminding her of it, Madame replied to us: “Katherine Mansfield had walked out to meet us.”

What are the circumstances which make such a phenomenon possible? Is it something about the quality of the person who died? Or is it governed by some law which we do not and cannot understand? It would seem, however, to point to the strength of Mansfield’s love of the people she spent her last months with. If so, then that little incident (not found in this novel) tells me more about who she was than all the many studies.

Having said that, I must confess that I have never been a big fan of Katherine Mansfield’s writing, but I do indeed like this novel: I read it in one twenty four period, impressed by the quality of not only the writing but also of the ideas expressed. Although I do not have so high an opinion of Mansfield’s stories, yet many people do: there have been at least three previous novels and one play about Mansfield, together with many films and biographies

Set in 1922 and 1923, Butler writes as if he has merely transcribed the last three months of Katherine Mansfield’s diaries. Because I am not terribly familiar with her writing, I am unsure how much of this book is quoting Mansfield, and how much is fathered upon her. When it comes to Gurdjieff, however, I can see that very much of what is attributed to him was indeed said by him, albeit at times and places other than those recorded here. However, that makes it acceptable to think that Gurdjieff could have said and done as depicted here. Perhaps it is the same with Mansfield.

Even if Mansfield did make these comments, Butler has selected them well. There is a certain amount of wisdom here, as for example, when Butler has Mansfield muse: “I do not believe there any superfluous human beings – just confused people who do not know what is required of them” (11). A search for the phrase: “superfluous human beings: found it associated with the political philosopher Hannah Arendt, not Mansfield, but the thought as developed here goes beyond Arendt’s narrower interests.

The plot, as it were, chronologically follows Mansfield over this short period. The book’s title refers to Mansfield’s expressed desire to be “a child of the sun”. But that phrase assumes greater meaning when read in context. Butler has Mansfield write:

“I want to be in contact with that world (the “whole beautiful world of natural things”), through a love and a perception that unites thought, feeling, and sensation. Trees, flowers, the earth, the sea. I want to surround myself with these. I want to feel myself – there’s only one phrase that will do – a child of the sun (13.)”

“Separateness is our most cherished illusion. How we strive to protect it. And what a relief it must be to relinquish it. To feel, to know, I do not have to bear it alone. A plague of lighthouse keepers, according to Mr Salzmann, each one marooned upon the height of his tower, diligently tending his light, believing it to be the only light, knowing nothing of the Light that nourishes all lamps. That Light is Love. To acknowledge it is to let all defences fall, to turn one’s unprotected face to the sun (148).”

Butler has a remarkable talent for the happy formulation, e.g. speaking of Gurdjieff, he has Mansfield say: “There was no compassion in the sense that people usually understand and wish for compassion, no friendliness of which the condition is a premature intimacy” (18). Who has not noted that, destined love  apart, the “friendships” which people force upon each other, quickly whither, while those who took their time to get a sense of one another, forge stronger bonds? We can force “premature intimacy” upon each other, and so blight the possibility of any deeper relationship.

The phrase “spiteful carelessness” (24) is not original to Butler, but is nonetheless quite deft: it neatly expresses how we disguise our negative emotions. Writing of the obsessively infatuated Lesley Moore, she states: “It does me no good for you to worry about me … It is as though you took my hand and began to gnaw on it” (161). Also noteworthy are the formulations about seeing oneself and compassion (161), and that death is the law that we must live under (169)

The comments about St George and the dragon on 66-67 chime quite well with what I wrote a bout Uccello’s painted version of that myth in my book on John Lennon.

A potent example of where a novelistic detail can, I suggest, only arise because one has experienced it, is Mansfield’s comment when she muses whether she should have defended herself at being unfairly upbraided by Miss Madison:

“… I still lack the inner authority that I crave, the freedom from one’s own disreputable reactions. I could have protested against such treatment, but it would have been a protest arising out of weakness, out of irritation, rather than out of a clear perception of the situation and a sense of one’s own worth. And if I had protested, I wouldn’t have seen that (152).

Another golden minute comes when, disgusted by the slimy, always dissatisfied Rachmilevich and his statement that he and she are two of a kind:

“Later – with a sort of thunderclap! … I know why I dislike Rachmilevich so much! It is because we are alike, he and I … in the … sense of being complainers. Rachmilevich is simply more honest: he does not make any bones about his disaffection with humanity, whereas I am always trying to couch my complaints in reasonable terms. At bottom, it comes to the same thing … I resent it when other people complain about their lives because I know that the amount of sympathy available to complainers is a finite quality (166-7).”

I am not sure that the rationale about the quantity of sympathy is correct, and while sharing similar negative emotions can make people embarrassed of each other, it can also bring them together. However, the passage is a powerful one, and the ideas expressed are worth considering.

Butler writes about writing, using the mediumship of an author:

“Look, (my stories) said, here is what families are like, what is there to do about it? Any my stories had no other purpose than to record this attitude, to parade it before people, to seek their approval of it. When it was this attitude that stood most in need of change (175).”

The secret which Mansfield found is described by Butler as “presence”:

“I hear the sound of my own voice as I say this. I am aware of my presence, of the strange and intimately familiar sense of being me, of this personality with its myriad needs and wants that derive from its uniquely personal history … (158)”

“All night I felt a presence in the room – my own! I was filled with an inexplicable joy (167).

“It finds its most touching presentation to be when Mansfield is depicted as asking Gurdjieff: “Then what am I to do?”. Their exchange follows:

“You must help your mother.”

For a moment I think I have not heard correctly.

“My mother is dead, Mr Gurdjieff.”

“I know. You tell already. But you are your mother. Because of your mother – and father – you are here. There is a debt of gratitude between you. Gratitude is a sacred emotion, not like other emotions. Your mother is dead. Too late for her to mend her life. You must mend for her. Help her.”

… “You know what means consciousness?”

“Why, it means to know something.”

The Nature of Fiction

Fiction can be very amusing. It can only make an impact upon us with the extent to which we can suspend disbelief and identify with it. In writing such as Lord of the Rings, the effort to suspend disbelief can easily and at once be made, and one never feels that the author has betrayed one’s trust. Even the surprise ending is true to the novel’s principles. In the hands of an inferior artist such as C.S. Lewis, or even worse, J.K. Rowling, the endless surprises are contrived solely in order to surprise, and are quite silly and groundless.

This novel is more like Tolkein. The interest here is not in the unfolding of the plot, but rather in the development of the ideas and the interior understanding of the subject. This type of fiction allows the true author to show what he has understood. It is a testimony to his achievement that in reading it I was not infrequently surprised by the truth and aptness of the comments. I also feel that if fiction is too difficult to read, it loses its magic. There are some novels, such as Scott’s highland works, which repay a bit of study – but you have to then be able to read it with ease, once you have mastered it.

Another error is that of flying too close to the sun: if it is too intense, a novel reads poorly. Wisely, Butler does not try to hold Gurdjieff centre-stage too frequently. The characters we see most frequently are better suited for regular presentation. But when Gurdjieff does appear, he makes an impact, and that is as it should be.

In other words, by writing a novel like this, where the end is known, but the exploration of the paths which lead to it are in the writer’s hands, an author can place something of what he knows. I think that this novel has achieved that in a manner worthy of Mansfield, and the efforts she made in the last months of her life.