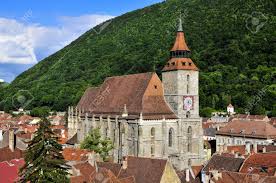 This comes from the evening exchange on Sunday 23 March 1986, at Newport. The young man who spoke said that he hadn’t liked the job he was doing, which was gardening. He disliked it because it was hot and uncomfortable, making him sweat. But the afternoon was better than the morning. He was not sure why. He thinks that work of gardening gave him too few opportunities.

“Perhaps the work gave you too many opportunities to struggle with this grumbling,” replied Mr Adie. “Then, after lunch, you picked up some energy from the lunch, the readings and the exchange. You had a rest, physically. If you are not negative, it makes a big difference when you rest the body.”

There was a silence. “That doesn’t seem to satisfy you?”

“From a physical point there is laziness, and a low threshold for discomfort. But an idea was given in the morning, and it didn’t make any contact with your feeling until much later in the day after you’d heard what people had to say about it at lunch. Out there, you’re working, and you haven’t got time for contemplation. If the idea has only been received by formatory apparatus, nothing will happen.”

“One of the subjects I had touched on was intentional suffering, and there you had it available to you. But you didn’t accept it, and you lost force by not accepting it. In the afternoon for some reason, you either noticed the discomfort less, or you accepted it more.”

“But you have said that it didn’t depend upon me in the least,” the young man retorted.

“Oh, no, I haven’t!” replied Mr Adie. “I should say that it is most dependent upon you. You are responsible. It depends upon you because the weeds were the same, the job was the same, but you grumbled at the job and so of course you lost force. That is a sort of refusal, in a way. I succumb to a negative reaction.”

There was a pause.

“Certainly it’s subjective,” continued Mr Adie. “And when I am taken by negative emotions, I see very much less.”

“That’s another thing to note, that when afterwards we try and explain what we believe we saw, we must allow for the fact that we have been negative, we cannot be at all objective. We imagine things, we get them out of all proportion, we mix up cause and effect, or see offences where there were none. It’s a mental and emotional wastage going on, while we are just absent.”

There was another pause.

“We may have comments about it, and how wrong it was, and how bloody minded these people are, and so on, but our comments aren’t very reliable. This is very important. I can think I am working, when I am not working at all.”

“I can worry in my head,  and all the while I am not related to practical things at all. Actual action is required. I can see that something is necessary, still think, and not do it. There’s not the connection between the thought and the feeling impulse. That may explain your morning to you, and then, in the afternoon, after you’d rested and people had spoken, the connection was made.”

“See, our work does require an actual known inner movement or impulse. Well, we don’t know a great deal, but we know certain things. We know a great deal about negative emotion, because we always have it, and when that is noticed, of course somebody has to be there in order to notice it, then there should be or could be, or hope there may be, some change in the inner arrangement, some not accepting this waste of energy. Apart from that there’s no work. Everything is going automatically, and we need to build up more observation, but we can’t make any reliable observation unless we start to accept the suffering, accept the denial, the jealousy, and self-pity and so on.”

“We’re like the man in the Mathnavi, who went to have a lion tattooed on his back. He wanted a furious lion, angry lion. When the tattoo artist started, the man shrieked out and asked: “What are you doing?” The artist replied: “I am doing the tail, good sir.” The man replied: “Then leave the tail out.” The man started again, and the other screamed out again: “What are you doing now?” “I am doing the paws.” “Then leave the paws out.” Then, when he didn’t want a head either, the artist threw his tools down and asked: “What kind of a lion do you want which has neither tail, paws nor head?”

“If we’re to see, we must accept the suffering of owning up to our negativity.”

© The Trustees of the Estate of the late G.M. Adie