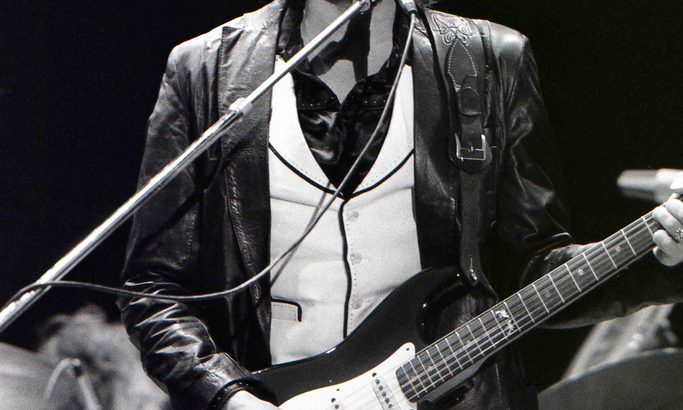 So Giuseppe Fiorentino of L’Osservatore Romano feels that some of Bob Dylan’s lyrics are beautiful with an intensity of which only “true artists” are capable: “di un’intensità di cui solo i veri artisti sono capaci.” What, I wonder, is a “true artist”, as opposed to a fake one, and how does one recognise the species? What constitutes intensity? I suppose I should not press such questions too far, as Fioerentino is saying that some of Dylan’s lyrics do indeed meet this standard (obscure as it is). His real target is Dylan’s receiving the Nobel Prize. His true argument is that Dylan is not worthy (note, as I read his article, despite his appreciation of Dylan’s songs, it carries an argument that the man was not deserving).

Fiorentino goes on to say that “real writers”, and some are named, certainly cannot have been pleased, for they, the editor states, know the enormous effort involved in writing a novel! “.. certamente non deve avere fatto piacere agli scrittori veri, quelli che — come Don De Lillo, Philip Roth o Haruki Murakami, tutti dati per possibili vincitori — conoscono l’enorme fatica che comporta la scrittura di un romanzo.” Why “certainly”? What is a “real writer”? And why should the amount of work be a factor in assessing the quality of the product?

I have nothing to say about the possible alternatives, that is not the point. One can always dispute an award on the basis that someone else was more deserving. That assessment is subjective. But this editorial purports to be speaking reasonably. In fact, it is a statement of personal taste, wearing a mask of objectivity. It would be taking aim at a barn side to critique his next paragraph, about Dylan inspiring generations of “really boring” (“davvero noiosi”) songwriters.

By speaking of “true artists”, “real writers” and “boring songwriters”, the good editor assumes a right to judge before he has told us is standards. It all begs one obvious question: what makes an artist or a writer? It obscures the real question which concerns not the person so much as the work: Fiorentino is taking aim at the man, not the art, or rather, at the man and therefore at the art. I would ask Fiorentino: how does one evaluate an artistic production?

No one will ever sweep the world with one stated standard for evaluating and judging artistic productions. That is granted. But one can, and I would say should state something about what they actually consider makes work good or interesting. In my latest blog, where I praised the Beatles, I mentioned that I saw the expression of goodness as making their music something special.

Ultimately, moral and artistic goodness are part and parcel of the one reality: the goodness of God. To be able to sense that, one has to value it. Often people do not know what it is: after all, some atheists have written music which I find quite moving. Elton John is, to me, a prime example of someone who, although not overtly religious, when he plays, can touch something in himself (what Gurdjieff calls “higher emotional centre”), and brings down to earth something from that higher level, that is, something closer to God. I would cite, to take just three pieces from one record: “Funeral for a Friend”, “Candle in the Wind” and “Roy Rogers”.

But before I start waxing about Sir Elton, I must return to Bob Dylan. For me, the great rock and roll lyricist was John Lennon, and no one else came close. His simplicity, truth and wit make him the standard writer for my money. I would recognise Dylan only after Lennon. But Dylan is an immortal, and he would be if he had written nothing but a handful of songs such as “Blind Willie McTell” (to me, his greatest), “Blowin’ in the Wind” and “Hurricane”. The lyrics of all three songs are, to my mind, extraordinary. I was a child when “Blowin’ in the Wind” was released, yet it affected me. It told me that there were people who were really concerned for justice for all people. Although I was only about six or seven, I understood it, and felt that since this was being sung by young people, the wrongs it lamented would be righted. That dream turned out to be illusory, but nonetheless, the relationship to the goodness of God is clear: it is a song of hope, and hope is one of the three divine virtues. Certainly, it did more for me than Philip Roth’s writing ever has. No question. And that is so even if Roth puts more work into one of his novels than Dylan ever spent on all his songs.

By the time “Hurricane” was released, I was old enough to know that one must struggle for justice, and that that struggle will never end in this world. But the song hit me with a real impact, right in the heart, the first time I heard it. It has never had that effect since, it could not, because the organism adapts, but it is interesting to see that the late Rubin Carter greatly benefitted from reading Ouspensky, and applied Gurdjieff’s ideas to himself with great benefit.

And then, what can one say about “Blind Willie McTell” that others have not attempted? The moral fervour of this song is tremendous, and perhaps because it is more poetic and indirect than “Hurricane”, (and indirectness is an important part of great art, but that is another topic), it lasts very well indeed. Dylan has certain tricks, such as linking the familiar to the biblical (“this land is condemned all the way from New Orleans to Jerusalem”), but in this piece, it works. There is so much in this song, so much artistry, so much feeling. It is, I would say, a modern classic.

It is odd, then, in retrospect, that Giuseppe should find Dylan’s “real merit” in his standing outside the music industry. I am not sure of the extent to which Dylan does. To me, this praise, apart from again focusing on the man and missing the point of the music, smacks of trying to avoid giving the obvious impression (of the snobbery of his editorial) by throwing up a smokescreen (praise for Dylan’s non-commercial approach). That certainly would, if true, be to the man’s credit. But it does not say anything much about his work.

One can identify with the singer to the extent that one does not ever hear the song.