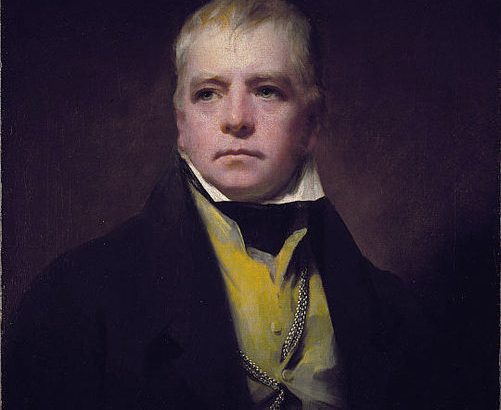 Despite the near-unanimous modern dislike of Sir Walter Scott’s Peveril of the Peak, I utterly enjoyed it, and what is more, I have profited. No novelist I know of matches Sir Walter in being an education in himself.

Set in the reign of Charles II (1660-1685) and the hysteria over fabricated “Papist plots” loyalty, truth, and honour are its themes. The plot, however, explores these virtues by quite specifically exhibiting the appearances and illusions which are thrown up in life, and the discrimination and impartiality we need to see through them. The passage where the unstable Duke of Buckingham deceives the villainous Edward Christian by telling him the truth but not the whole truth is emblematic of the deep movement of this extraordinary novel: “Victoria! Victoria! Magna est veritas et praevelabit! {trans: Victory! Victory! The truth is great, and it has prevailed!} Had I told the villain a word of a lie, he is familiar with all the regions of falsehood – his whole life has been such an absolute imposture, that I had stood detected in an instant; but I told him truth, and that was the only means of deceiving him.” (The Duke speaks, chapter 38, p. 642 of the Macmillan edition of 1905)

Similarly, in describing Titus Oates, whose lies about the non-existent conspiracy whipped up and maintained the panic and the general delusion which gripped the land, Scott nails the target with his matchless prose: “This singular man, who … had been able to cram down the public throat such a mass of absurdity as his evidence amounted to, had no other talent for imposture than an impudence which set conviction and shame alike at defiance. A man of sense or reflection, by trying to give his plot an appearance of ore probability, would most likely have failed, as wise men often do in addressing the multitude, from not daring to calculate upon the prodigious extent of their credulity, especially where the figments presented to them involve the fearful and the terrible.” (Chapter 41, p. 696).

Scott’s imagination provides the two stunning moments, one after the other, when Charles II himself, through his wisdom (a mix of discernment, intelligence and fairness) sees right through the deceptions of Buckingham and Christian to bring the novel to its climax and resolution. Scott’s originality in these two master strokes matches the brilliant joust and unlooked for judgment of justice which ends Ivanhoe. Some indications of Charles’ penetration are given earlier, but I missed the clues. I had noted how brilliant this observation was, in the mouth of Charles: “Oddsfish, man, there are times when civility is the greatest impertinence in the world.” (Chapter 30, p. 516). Why so? Because the young Peveril (who is not, despite a common error, the “Peveril” of the title) is wasting precious time by politely if not obsequiously excusing himself when no excuse is needed.

In fact, I found this novel so good, that I wonder if sneering critics such as Hesketh Pearson have actually read it. Andrew Lang, who wrote the introduction to my edition had read it, but it seems fairly clear that his issue with it was that he actually sympathised with the hysteria about the “Popish Plot”, believing, against the evidence, that there was one and that Charles himself was involved in it (xiv-xvii). Pearson writes: “There are good moments in Peveril, but not enough of them, and the reader tires of it as damnably as the writer did. The story halts for the padding, but we need not halt to consider the story.” (Walter Scott, p. 189). If he does not consider the story it is probably because he did not know it. To say we “need not” is a high-handed and arrogant way of avoiding the issue. If he had read it, how could he have missed this extraordinary description of the gaoler at Newgate prisoner: “… this man’s features, surly and tallow-coloured; his limbs swelled and disproportioned; his huge paunch and unwieldly carcass, suggested the idea that, having once found his way into this central recess, he had there battened … and fed largely and foully, until he had become incapable of retreating through any of the narrow paths that terminated at his cell; and was thus compelled to remain, lie a toad under the cold stone, fattening amid the squalid airs of the dungeons by which he was surrounded …” (Chapter 33, p. 569)

That was when Julian Peveril was being brought into the prison. As he leaves Newgate for the Tower, Scott writes: “… they approached that formidable central point, in which lay couched on his leathern elbow-chair the fat commander of the fortress, stationed apparently for ever in the midst of his citadel, as the huge boa is sometimes said to lie stretched as a guard upon the subterranean treasures of Eastern Rajahs.” (Chapter 36, p. 618)

It would be easy to see in this an inspired an anticipation of the grotesqueries which flit through Dickens’ novels. But this is of a higher register: more concise and more true. This is of the immortal standard of Greek mythology.

I have made many notes of the gem-like phrases which stud this novel. But above all is Scott’s attempt to tell a tale of truth, loyalty and the penetration of lies and dishonour. That is, like all great literature, he is dealing with the question of goodness: what is goodness in this world, and how can we remain true to it?

Good literature is a species of goodness, and it serves goodness. Too often, the pioneering novelists failed in that they made their heroes too good, too pure to even be tempted. Today’s novelists fall into the opposite error and practically deny that goodness exists or can be sought for. Young Julian Peveril who marries the beautiful and virtuous Alice Bridgenorth is of this type. But his father is not: Peveril of the Peak appears in all his bluff glory as a real human being, with a distinct personality. Peveril of the Peak is too outspoken for his own good. He is honest, but not prudent. He intemperately declares to the king that if his son is not faithful: “I renounce him – he is no son of mine – I disown him, and he may go to the Isle of Man, the Isle of Dogs, or the Isle of Devils, for what I care”. (Chapter 49, p. 806)

Scott did not find it easy to furnish a hero who would be both honourable and believable. Perhaps his greatest success in this respect was Waverley, his first attempt. But he made h attempt. Although Peveril of the Peak is lengthy, I don’t think it is too long. As Chesterton realised, the details and elaborate background which modern critics find excessive in Scott, are the very essence of his art. But that is for another article.

Neither have I had space, within my self-imposed limitation, to deal with Scott’s fairness to Catholics. That, too, is for another article.