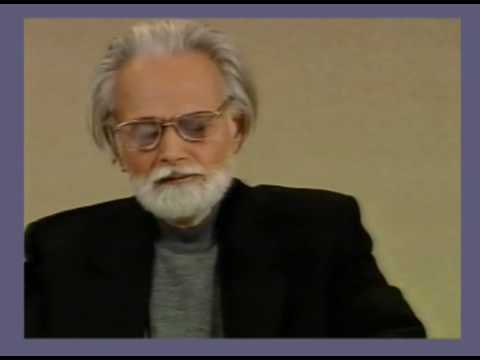 This is rather a wonderful biography, something like what a work of art could be. For those who have never heard of him, Edward Salim Michael (1921-2006) was an extraordinarily talented composer and had tremendous potential as an artist, but most importantly, he was a mystic, almost a natural mystic. He was always something of a stranger to this world, born in England but raised in the Middle East, always on the move from one dangerous place to another, the family was dysfunctional, so that even with his family he could not be at home. As an adult in Europe, then in India, and again in Europe, he suffered dreadfully from a long undiagnosed coeliac complaint, and lived in abject poverty for most of his life. Being functionally illiterate, literature as a road to socialisation and culture was effectively closed to him. Just when his musical career had seemed to be taking off, he fell foul of the modernist dictatorship in the arts, and that avenue was effectively closed to him. he was perhaps most at home with certain individuals (e.g. Mr Adie, Nadia Boulanger and Rene Zuber), and when he lived in India and had real friends such as Indira Devi and Nono Rinpoche.

Salim discovered what he called Nada Yoga, or what Mr George Adie (my teacher and Salim’s friend) called “hearing the holy sound.” To be precise,  the holy sound came unbidden to Salim, as perhaps it always does. But he had not known of its existence before it appeared. In addition to certain Hindu and Buddhist traditions, it is known in both the Syriac Christian and the Gurdjieff traditions (it was mentioned by Joseph the Visionary and both the Adie’s, George and Helen). When he did hear the holy sound, Salim consciously responded, made efforts to be worthy to receive it, and to make it more continuous. It is worth pondering: perhaps his very lack of a connection to family and society made possible his spiritual connection to higher levels. I stress: to be rootless in the world does not guarantee that one will not identify with it, that one will rise above it. On the contrary, that condition can easily result in an even stronger identification. But where one is relatively free of such ties, perhaps that freedom can facilitate a greater valuation of the divine, and leave one more energy and time to cultivate it.

So the first point is that Salim’s widow, Michele Michael, has written a valuable book. I unreservedly recommend it to students of religion and spirituality, because the story of Salim’s life and his insights is powerful and rich. The second point is that, as Salim and Michele clearly bring out, what is important is the experience of change of state, that is, the conscious development of being. At the end of this review, I shall give some details of the book, but first, let me speak of Nada Yoga.

I first heard of this from Mr and Mrs Adie. I was not present when Mr Adie gave the answers about it which are in the expanded edition of George Adie: A Gurdjieff Pupil in Australia at pp.239-244. However, once, when I was in his room, I asked him about the long ears and massive lobes on the face of a statue of the Buddha which was on his desk. Mr Adie looked at me, eyes shining, obviously glad of the question, and said: “He hears the holy sound, the sound of the creation.” This struck me. I am not sure much more was said at that point, but I do recall feeling that it would be wrong to ask him for details from mere curiosity. I sensed then, and I am still inclined to think, that the first priority is working on being. One should not attempt to hear the sound for the sake of hearing it, like listening for a rare bird call. If one succeeded after such efforts, it would be self-induced delusion, an auditory hallucination. It would be a dangerous hallucination, since the hearing is the work of the higher centres, and to attempt to force them, to suggest to them phenomena, would be to introduce imagination into higher centres, and once that is done, we are lost.

What is important is not so much the sound as the act of listening consciously. The hearing which is valuable is hearing which comes as the result of a change in being and as an agent in further change. In the case of a prodigy like Salim, my own view is that he was born with an innately good connection between the higher and lower centres, and his meeting with Mr Adie in 1949 (which I come to below) sparked the operation of that connection. This does not mean that his connection with those centres was permanent, but it was, I think, remarkably good, and could come through quite readily: all he had to do was direct his attention.

The book commences with a page entitled “The Beginning of the Path, London, December 1949,” and words “His host showed him into a small room where stood a magnificent statue of the Buddha in the meditation posture …” Mr Adie was his host, and Gurdjieff had died in October of that year. Mr Adie, sensing how deeply Salim was moved, remained with him a while. When Salim went home, and began to meditate – his only teacher being that statue of the Buddha. And that is how Salim entered the path, through self-initiation. At one point, much later, Salim mused: “What would my life be today if I had never met Mr Adie …” (285).

Much more could be said about Salim’s relationship with the Gurdjieff tradition: he received much from it, and he also contributed to it. But if I enter into that, it will be in a separate article. Suffice to say, there is no contradiction between Gurdjieff and he.

The Nub of the Book

Michele, Edward Salim Michael’s second wife tells the story of her husband’s destiny, his path and aim through life, with copious reference to his teachings, his experiences and his comments on those experiences. Yet, I found it tantalising that she said so little about his family life and especially his marriages, even his marriage to her, and about his relations with the Gurdjieff groups. She does tell enough to keep the story ticking along, but the story is always subsidiary to the theme, which is conscious awakening.

I could draw attention to almost every page of the book, but let me just take these passages. On p.391 Salim speaks of the imperfection of the world and the suffering which is the lot of humanity: “a human being, cut off from his Divine Source, needs all these misfortunes in order to experience the sensation of existing.” The great danger, surely, is that we could read something so remarkable as this, and either take it as the truth, or reject it, and all the time fail to sense our existence.

In the same vein, he says, on p.392: “Suffering drives people to question the meaning of life, to feel for others, to go beyond themselves.” On the same page he points out how what is low makes us, or gives us the chance, to recognise what is high. He considerably expands this thought.

Then, on p.385 he writes: “Although … it may often be necessary to speak of a goal to be obtained in order to try, inadequately, to explain the inexplicable, a serious seeker must nevertheless remember that in relation to his spiritual practices, the goal is always situated in the present.”

I shall have to return to this book in future posts, for example, I wish to explore his insight that “everything is ritual,” (p.136) and his connection with the Gurdjieff tradition. There is much practical wisdom in this book, and the significant overlap with Gurdjieff’s methods is instructive. But that must suffice for now. It is an important book.