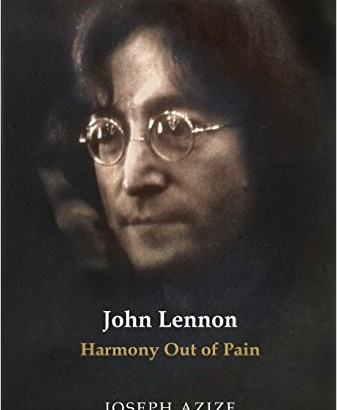 When I was about ten years old, I borrowed an illustrated book on Judaism from Parramatta Library. I recall being struck by a picture of an elderly Jew in a shawl instructing a young boy in prayer. I felt something of the power of this tradition, handed down from generation to generation. I felt then that, somewhere in this picture, was a clue to how Judaism had survived for millennia, overcoming difficult odds. I felt something which I would now articulate as: “here was a tradition which can last.” I think I had already had a respect for Judaism, but this experience certainly strengthened it.

I have often recalled that book as I listen to Ben Shapiro’s podcasts. The man is brilliant. There can be no question on that score. He possesses intellectual faculties most of us will never have. He also seems to be genuinely honest and fair, to the best of his ability, for all of us are limited in our virtue by our human weaknesses. Ben is one of the impressive social commentators I have ever heard: I would put him up there with Noam Chomsky, and more recently, Douglas Murray.

Why Ben Shapiro Is Wrong: In a Nutshell

Ben Shapiro is just wrong on the most basic facts. Lennon and McCartney did not mean that she was sixteen and therefore “barely legal.” She was in the song and in fact seventeen.  They never had a sixteen year old in mind. And most of all, what he has missed, is the joyful and innocent atmosphere of the song. First of all, I will deal with the background, then the lyrics to the song. When read in their entirety, they make Ben’s analysis untenable.

The Real Story Behind the Song

The most authoritative sources for this song are McCartney’s own recollections, and the magisterial The Beatles: Turn In, by Mark Lewisohn, possibly the world’s foremost authority on the Beatles’ recordings (after those who were directly involved.) Here is what he says: in October 1962, Paul McCartney and his then girlfriend, the seventeen years old Celia Mortimer, hitchhiked to London (pp.774, 775 and 780). Just the day before they went, he had started writing a song, as yet untitled, but the first lines were: “She was just seventeen / She’d never been a beauty queen.”  When they got to London, they did dance through the night (as in the song). Celia remembers that: “… Paul had the melody of what became I Saw Her Standing There going round his head all day, humming it and singing it and fleshing out the words.” She made some minor contributions to the lyrics (pp.780-781)

Citing McCartney’s own memories, Lewisohn writes: “The moment Paul started singing (“I Saw Her”), John stopped him. The opening line, ‘She was just seventeen’, was good; the second, ‘She’d never been a beauty queen’, wasn’t. John went, “What? We must change that” … so we tried to think of another line which rhymed with “seventeen” and meant something. We eventually got “You know what I mean”, which means nothing, completely nothing at all.” (pp.820-821)

So, if it wasn’t written for Celia Mortimer, it was written under the influence of a youthful relationship with her. She was indeed seventeen, and the song always was “seventeen.” There is no basis at all for the suggestion that anything else was meant. And the line “you know what I mean,” is clever, but not snide.

The Atmosphere of the Song

The lyrics and the music have to be taken together. The intent of the writers is shown in the combination of the two. For instance, in “I Want to Hold your Hand,” the Beatles sing: “And when I touch you, I feel happy inside.” Happy? How happy? The music will tell us: it is a feeling so overwhelmed it is almost peaceful.

The music of “I Saw her Standing there” is joyous, and not in the least lustful or lewd. Tim Riley, an excellent critic of the Beatles’ music, describes it Paul’s count-in to this song as possessing “… a simple, almost unconscious naiveté to his gusto, but it has become a classic call to rock …” (p.49). He describes the lines as “playfully suggestive” and transforming from “implied innocence into sexual bravado” (p. 50) Riley notes the “exhilaration” and the “palpable thrill” which are exuded by this song. His final verdict is: “The song, the performance, and the recording all put across the simple but penetrating rush of adolescent desire” (p. 51). And now, here are the lyrics:

Well, she was just seventeen, and you know what I mean.

And the way she looked was way beyond compare.

So how could I dance with another (ooh), when I saw her standing there?

Well, she looked at me, and I, I could see

That before too long I’d fall in love with her.

She wouldn’t dance with another (woo), when I saw her standing there.

Well, my heart went boom, when I crossed that room, and I held her hand in mine.

So it is a dance song, a love song, and a song of mild sexual anticipation. It is ostensibly very innocent, and that is how we heard it back then. I was a child, and I don’t think it warped me. So far as suggestive songs go, it is extremely mild. There is not even double entendre here. No, despite Ben Shapiro’s critique, I would never put this in the same class as “Jail Bait”.

To summarise: first and foremost, this song is a clear-eyed and open-hearted celebration of youth and youthful romance. Anything else is secondary.

Ben Shapiro has also made some very caustic comments about this song. I have already dealt with that song in my book John Lennon: From Pain to Harmony. Suffice it to say, that if Ben could hear the music, he would realise that Lennon is ambivalent and confused at the time of writing this song. There is something sublime and searching about it. This is why it has become a sort of anthem. As I mention in the book, Lennon even experimented with a churchy-sounding organ on one version. But he was trying to strike out into non-religious areas, hence the failure of the lyrics: the tension between his mind and his heart mean that this will always be a noble failure. But Lennon did not mean “just do what you feel like,” as I think Ben Shapiro takes to have meant. That is just misreading an impossibly idyllic ode to peace.

I come back to the family tradition of Judaism. It is a faith which brings religion into the household. It has proved remarkably resilient over the centuries. But I think it is a misreading of the Beatles to see them as enemies of good human traditions. As I tried to explain in my book, Lennon went through some bad phases, and did some terrible things (especially his mistreatment of Cynthia and Julian), but in the end, his instinct for life and reality led him out of drugs to something like wisdom. But the germs of that journey were visible back then, when Paul and he were singing about seventeen year old girls who made their hearts go boom.