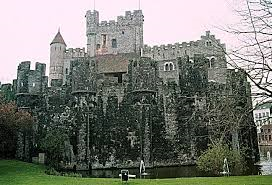 This is the first exchange from the meeting of Thursday 5 July 1979 with Mrs Helen Adie.

A young man, let us call him Troy, said that now he had seen how his “negative imagination” lied to him, he had for the first time taken a genuine interest in the problem, had tried to feel himself, and had found a real aim, such that the appointments he made “had sense and purpose”. However, two days later all his interest had dissipated again.

Before answering, Mrs Adie asked him: “How do you plan this when you make appointments? What action do you take? How?”

Troy replied that his work went well when he can have “some feeling” of himself and “separate from it,”, but that this was not always the case.

“What was the result of those appointments? Why do you think it became tense?” Mrs Adie asked.

Troy replied that all the appointments seemed connected, and more relaxed, although he daw that he was still tense. However, he had not seen why he had become tense.

“It’s thoughts in your head that cause the tension, isn’t it?” asked Mrs Adie. Troy agreed that it was: it was thoughts and imagination.

“Something in me thinks it has to attack those thoughts,” explained Mrs Adie. “It wants to try to take every inch away from them. But to stop them, and to become free of what they say, it’s not so much stopping them but taking the attention away which counts. You can empty your head of those words, because  they’re all in the lower part of your head. To empty your head of those words, you’ll need a presence in you, a sensation. If I am present then I can come into a higher part of my head. The higher thought is not automatic, it is less mechanical. We need the formatory apparatus on many occasions, but we can be in a level of the head which is more mechanical or less mechanical. The more you’re awake, the less likely you are to fall into that trap of believing those words, because it’s the words that persuade you, always.”

“So, how to reach a higher part within me?”

“Maybe you can change your approach, not make your plan exactly the same each day. If I do not search for a new idea, a new approach, then the chances are that I will just say to myself what I have always said to myself, and think it’s a fair idea. Somehow it comes out as empty words, with nothing real behind it. One feeling or sensation arises, and a thought follows, but it may be very one-sided, very blinkered. You have to do something to give your plans a fresh life.”

“Somehow the effort has to be renewed. You will have to try and find a way, and report back. No-one really wants to be told anything. I could say more, but you know it really wouldn’t help you in the end.”

“Everybody is different,” said Mrs Adie, “and it’s very important for you right now. That is good. But tell me, what happened at the end, did you entirely forget to do it, did it deteriorate?”

“It just passed on in my head, bit by bit, and it just dissipated from there. “

“You said earlier that you had tried to have a feeling of yourself. What did you mean, exactly?” Mrs Adie asked.

“Well, for me it meant, when I was in a good situation, that I would just stop and just do my breathing for a little while.”

“Yes, but first, before you watch your breathing. you have to relax,” counselled Mrs Adie. “You try to come right away from the thoughts in your head because you really enter yourself for a moment, and you feel your body. It is full of sensation. In that sensation there’s a central point, a presence. If you can verify that beforehand, you may be able to maintain it a little longer. And if you’re fortunate enough to feel the tension coming back, or to be aware of it when it comes back, that you had lost it, then you can do something.”

“To the extent that something in you is aware, to that extent there is something you can do. You can, in that moment, try to relax. Something is possible, not only in quiet conditions. Of course it’s more limited once you engage in any external activity. But, whether in movement or not, you can go back to that state where you were empty of words, where you felt your presence. But of course, when you are already engaged you can’t remember all these thoughts in that way.”

“You have find ways to be more prepared. But if you’re very completely taken there is nothing you can do at all. Very often is a very, very sort of faint voice somewhere, saying: “Well, you can do that just amount.” If you really want to you’ll find a way to do it. It’s a question of that. I don’t need a lot of words. I can have many ideas which didn’t affect me at all. What I am looking for is that very simple action which takes no time at all. After a time you begin to want it very much. Let’s love it, love it first.”