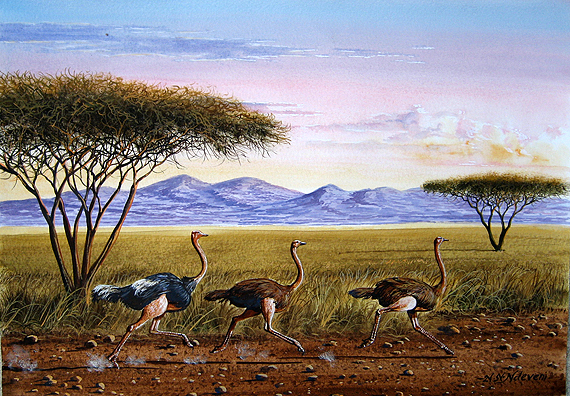 Bennett’s two page introduction to his book, Sex: the Relationship between Sex and Spiritual Development, sets the parameters of his discussion and introduces many of the key concepts. On page 9, he states that he shall be speaking about “the action of sex in us with little reference to the power of love”. That is, his theme is: the action of sex, but not taking into account the power of love.

This means, of course, that if one was to consider sex as a whole, then the power of love would have a bearing upon the study. It also implies that both sex and love are energies which can have an independent effect upon us, independent that is, of our own will or intention (weak as these are). We tend to think of sex as something which we do, and love as something which we can have or not, and in either case, we do it or have it as we choose. Bennett is going to show that this is not so.

Normal sexual activity is typified by what Bennett calls “the reproductive cycle common to all forms of life originating from the fusion of two cells”. It at least includes the following:

Bennett specifically states, still on page 9, that: “Man shares (the first six points) with the animals, but in man sex has an important part to play in the realm of what we call his mind, or psyche”. I shall return to this point later, because it means that this six point series continues for Man (and can be plotted on the enneagram, which explains even more about it).

On page 10, Bennett closes the introduction with the significant point that to understand anything we must see it in its wholeness, and that this is true in the case of sexual energies.

In this four page chapter, Bennett makes the point that when life appeared on our planet, it was “not sexual” (11). Life was self-renewing through the process of mitosis, the division of cells into “two identical results”. This manner of life was, he states, “almost formless”. Further, because there were no individual cells, neither was there “life and death as we know it”.

This cellular life, of course, continues. But another form of life appeared, because, says Bennett: “What was needed was to bring into existence independent centres of initiative – that is, creative beings – who would be able to counteract the effects of time from within existence itself … beings capable of creative action, and, more, of self-creation” (11). Because they must act from within existence, then they must be “committed to action by their dependence on the environment”.

This last point is not so easy to grasp: how, we might ask, could they be anything but dependent upon the environment? I think that the point is not so much the dependence as the being committed to action. Unlike plants, we are required to make independent movements, and unlike both plants and animals, we possess the innate possibility of individually-willed independent movements.

When the first cells capable of sexual reproduction appeared, Bennett states, then “a new force entered the earth”, a phenomenon which, he says, required “life” to divide in itself (12). I think he means both dividing into male and female, and producing an interface between evolution (the development of life into the spiritual realm) and involution (life becoming an element of the material world). He goes on to say: “The division of the whole into two produced two natures such that reproduction required their union”. The results of this reproduction will be mortal, as we know mortality, but they are individual.

We now come to the introduction of hazard, a very important term for Bennett, into the field of life reproduction. With this kind of life and reproduction, we have what Bennett calls a “germinal” existence, for a germ cell enters into all sexual reproduction.

In one sense, this is not true of reproduction, as the possibility of loveless conception or through methods such as IVF shows. But it may mean that from a spiritual perspective, either such forms are not ideal or that unknown to the participants, love is nonetheless present as an impersonal force. If Bennett is referring to evolution, the unifying of the spiritual and material natures, then it is doubtless true: how could there be any spiritual development for a man which does not include the power of love? (Incidentally, Gurdjieff says that love is always flowing from God. This brings us to the necessity of grace for spiritual development, for grace includes love.)

Bennett then makes a point which I shall be picking up time and again: “… the energy of love .. is as far beyond the range of the creative action of sex as that action is beyond the working of the energies involved in self renewal” (12).

That is, there are a hierarchy of energies: at the top (so far) is the power or force of love, then sexual energy, and finally, the physical energies involved in mitosis. (I note in passing that the full table of twelve energies, arranged in a triad of tetrads, that is, three sets of four, is found in The Dramatic Universe, vol. II, The Foundations of Moral Philosophy, p.233).

Now we return to the interesting role of animal life as a sort of preparation for man: “Between the arising of sex and the emergence of true man, there came about all the evolutionary developments to do with the organization of the energies of perception, movement and feeling that we recognise in the animals” (12).

If I understand him correctly, Bennett means that the development of animal life was used by Great Nature as a laboratory for the creation of Man. Nature experimented, using what he calls automatic energy, and came up with the nervous system, and the instinctive and moving brains which are necessary to allow us to move, and so search for “food and mates” (12).

The next experiment involved the energy of sensitivity, making possible “refined sensory perceptions and the experience of feeling ….(making) it possible for there to be ‘subjective experience’. This, the highest of the energies of life: “renders us vulnerable to our own states, and in man it can be called the ‘screen of the mind’ …” (13)

Being the highest energy of life, and localised within man, this sensitivity is between the lower influences (the automatic), and the higher influences (those which come from above or beyond life). The practical value of this theory is immediately apparent: it shows us at once the proper place of our automatic nature, of our sensitive nature, and hints at the possibilities available if that sensitive nature satisfies the animal, but rather than being identified with it, opens to the transcendent.

These “influences from beyond life”, first arose when “man became conscious: and consciousness is the first of the cosmic energies, that is, of the energies beyond life” (13). Our very minds come from conscious energy, because only that energy “enables us to see beyond the confines of the present moment”. In referring to seeing beyond “the confines of the present moment”, he means having “perceptions which are not bound up with the present content of the sensitive energy. This (conscious) energy enables us to be free from our subjective states and reactions” (13).

This is extremely valuable for those who can grasp it: and I am still struggling to do so. It explains the nature and the basis of the possibility of spiritual development, and shows how Gurdjieff’s system of ideas and practices is ultimately one with the traditional religious path (or at least the path of what Mr Adie called “true religion”, as opposed to inventions like Scientology and UFO-logies).

Bennett then states a hypothesis: “It seems to me almost certain that energy of creativity, which is higher than that of consciousness, and operates beyond our awareness, was made part of man by a sexual process …” (13)

Is the energy of creativity higher than that of consciousness? I think it is, not only because it must have created consciousness, but also because creation does not need words. When we read the opening of St John’s Gospel, or the legends of the ancient Near Eastern gods creating by speaking, the word is a manifestation of the unmanifest and uncreated God.

Again, this has the intensely practical corollary that I can, by certain moments, and especially perhaps in the work of contemplation, open to an energy or force which is higher even than my consciousness if I have learned how to organise the automatic, sexual and conscious energies so that they are in harmony, and I am receptive. It is not so easy as wishing to be open and then – voilà – I hear angels singing.

After some comments about sexual energy as a sort of magnetism, Bennett closes the chapter with this vital thought: “The force of love increases with union, and it is in and through union that there can be love. We should clearly remember this since there is a great confusion in our minds between the force of attraction due to sex, and the force of love. In the entry of creativity into life, first of all in the arising of sex on earth and then within the nature of man himself, there was no doubt a great action that came from the creative action of the sun itself; in the coming of love there was an action extending beyond the confines of the solar system altogether” (13-14).

This is reminiscent of what Gurdjieff’ taught Rina Hands by telepathy (sic) in 1949. She had “… wanted to know about objective love (and as he explained) I began to understand how the greater does not preclude the lesser, but includes it and, in fact, the greater could not exist without the lesser. I saw how his love was not at all a personal love, but love for all humanity, for all living beings, perhaps even for all creation” (Diary of Madame Egout pour Sweet, 78).

Note, too, how often we come to the beloved Solar Theology. I shall be returning to some of these ideas in future posts. In rereading Bennett’s little book, I once more feel the excitement of entering cosmic mysteries.

The painting is by an artist named “Ndeveni”. It was found at Wiki Commons.