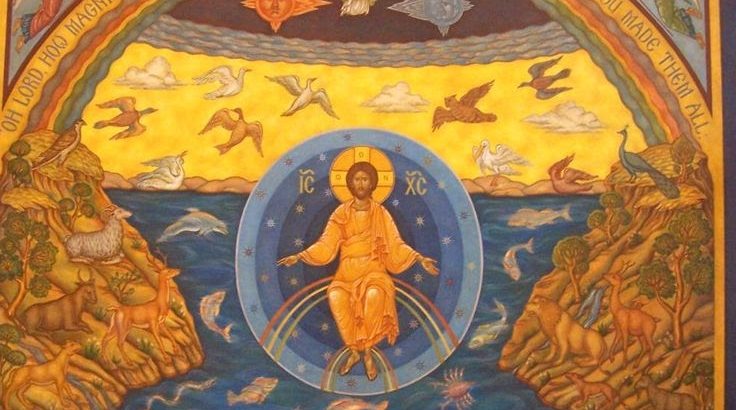 The second chapter of Bennett’s short book Sex: The Relationship between Sex and Spiritual Development, titled “The Sexual Act”. It begins out by denying that the “primary function” of the sexual act is “continuing the species by reproduction” and that other uses of sex are “illegitimate or merely seeking pleasure” (15, see also the first question and answer on 20-21). This is because the sex act regulates the working of the creative energy in man. Which sex act? Bennett specifically says “the normal sex act between a man and a woman, and no other sexual activity with or without orgasm” effects this regulation (15).

Since “the energy behind sexual activity is the creative energy”, and as we saw in the previous chapter, this is a cosmic energy coming from beyond the earth, beyond life and even consciousness, then it follows that the working of sex is “beyond the mind”, and that explains why it can dominate both the mind and the body – it uses a higher force (15). He adds that “a lower energy cannot direct the workings of a higher energy” (16). To take only the quantitative, and not the more important but subtle qualitative side, I wonder if this is not analogous to how a ripple will not move a boat very far, but a massive wave crashing onto it will sweep it away. Bennett states that in our psyche, sexual urges can sweep aside other objects of attention (and hence, I would add, our reason), and in our blood, sexual hormones dominate the chemistry (15).

This explains, with simplicity and conviction, why it is that “general instructions” about sex seem to serve so little purpose, and attempting to regulate sexual behaviour by an external code is “misguided” (15). I suspect that Bennett refers here to relying on codes alone, for as he later indicates, the more understanding one has of sexual energy and the more being one has at the moment of challenge, the better the regulation (after all, if someone feels an impulse to sexually abuse someone else, they should regulate that behaviour by reference to a code which says that such abuse is wrong. We shall come to the proper regulation of sexual energy as we continue this series).

Bennett then states that the sexual energy shares the unpredictable and spontaneous nature of the creative energy (15). But although this is so, we can consciously establish the conditions in which the creative energy will act, and in this respect, our “non-doing” is more effective than our “doing” (16).

Sexual energy has natural functions in us: it both harmonises “different elements of the mind”, and eliminates certain waste matters in the organism (16). He then quotes Gurdjieff from the meeting of 8 April 1943 on this topic (16-17). It is not an area where I have any expertise or any clear experiences which would allow me to evaluate Gurdjieff’s comments. But it was clearly something of which Bennett had some inside knowledge, for he stressed that the sexual relationship between man and woman could produce a “cleaning, normalizing effect, provided it does not introduce fresh troubles (17, my italics).

He then goes on to make the claim that “states of depression, states of anxiety, states of very great heaviness and states of anger which we do not see the cause of”, can result from the involution of unused higher substances in us (17). Again, this sounds very plausible, but I do not have the means to assess it. In particular, it would be wrong to think that all apparently unaccounted for anger, anxiety and depression is caused by the accumulation of these “poisons” which arise from degraded sexual energy. In other words, sexual problems may, I am sure cause these psychic and emotional disturbances, but I suspect that they can have other causes or co-agents.

In what I consider to be a most important paragraph, Bennett states that: “The sexual contact between a man and a woman is no trivial affair”, and our “sexual powers” and the “force of our sexuality” are part of essence (17, and also 18). This has the significant corollary that:

Our personalities, that is, our repertoire of thoughts, moods and physical mannerisms, can never have a dominant role in sex, but must always be secondary, otherwise they are entering into a sphere where they do not belong. Any emotional excitement, for example, about the other person – whether pleasant or unpleasant – has an egoistic quality which interferes with the free flow of creativity in the sex act. … Similarly, any attempt through thought to analyse or manipulate the sexual encounter, only prevents the sexual energy from flowing freely … (17-18).

I have only quoted some of this paragraph, but it directly explains what is wrong with the modern theories of sex, and especially the dangerous nonsense about gender fluidity which is current. It also includes a good thumbnail definition of “personality”.

The “real delight” of the sexual act is found, says Bennett, in the increase of life experienced in the whole man (what he calls “enhanced clarity, power and strength of experience on all levels). He then makes the very deep observation that: “true feelings, such as joy, wonder, hope and love are not disturbing … because they reach deeper than the egoistic self” (18). Again, this brilliantly points to the difference between feeling and emotion.

He continues to explore the difference roles of essence and personality in the sexual act, over onto p. 19, and comes to the telling point that: “If one’s essence is … to remain … immature … then multiple relationships do not matter (but) If one’s essence is to evolve, then sooner or later, many sexual relationships will have to be paid for” (19).

Bennett is not recommending celibacy, but rather that we should have sexual relationships which correspond to our essences. For this, we must learn to know what in us comes from essence as opposed to personality, and the different phases of our sexual lives as appropriate at each part of our lives (19-20). What is not clear to me is whether he is saying that celibacy is better than what I might term “non-essential” sex.

Now follows what may the heart of this chapter: when imagination and suggestion enter into sex (our sexual behaviour and our thoughts and emotions about it), then this causes problems for our ordinary lives (including, I think, our relationships), our organism, our psyches, and our potential for inner development. But if we were more in essence, then we would naturally find the right partner, and the appropriate sexual relationship (20). This of course, relates to the question of marriage, and of how essence types can and even should enter into it (see his footnote about Gurdjieff’s view that human “type” is a question of triads in the essence, and some combinations will be compatible, but others will not – I am not sure what these are triads of, but I suspect that they bear influences from both the earth and planetary spheres, if not also some from the higher). Bennett’s conclusion strikes a wonderful note, even if (or perhaps especially because) we are so far from being able to realise it:

It is then that it is possible to talk about marriage in the true sense of the word. Marriage becomes possible when there is complementarity between the man and the woman. This cannot be through the personality. It is a major step towards release from egoism and has tremendous implications for the human soul (20).

The second question and answer is worth noting, for he reiterates a point made at 13-14, which we dealt with in the last posting on this book: Love, Bennett says, should not be confused with sex, for “the energy of love, the unitive energy, stands above that of sex, the creative energy” (21). We confuse powerful feelings with love when sex energy enters our feelings: but this produces “sentimentality or egoistic desire” (21). In this respect, see my posting on sentimentality (http://www.josephazize.com/2017/08/29/sentimentality-a-disease-of-the-feeling/, Bennett’s disquisition upon the role of sex adds an important insight to what I wrote there).

Bennett’s conclusion to this chapter is priceless: “For there to be an indwelling of love we must be opened and emptied of self. A special action is involved, that is little understood, because it is so far beyond the reach of our ordinary selves. So long as we remained attached to our own worth, love cannot enter” (21).