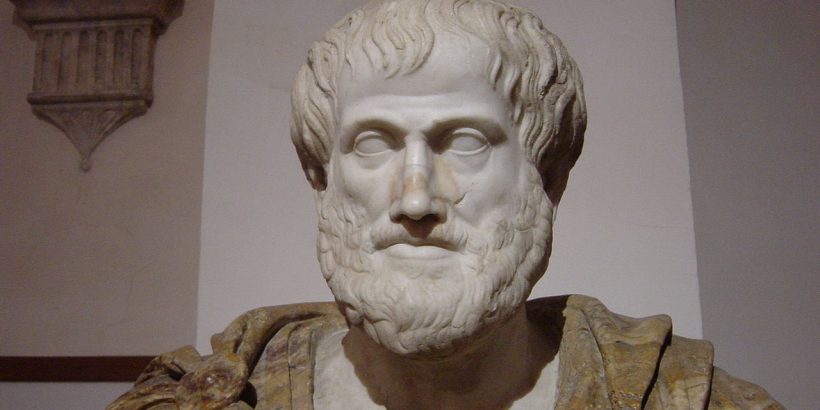 There was food for thought in Jordan Peterson’s recent interview by an English television journalist who was woefully out of her depth. She spent the entire interview misrepresenting him in a way that could only be attributed to malice and either intellectual laziness or an appallingly bad memory. The cocktail may even have been mixed from all three. Certainly, in the interview, where Peterson intellectually surpassed her like a greyhound speeding past a cat in a cage,  she displayed both arrogance and a desire to wound; and these emotional illnesses also rot the brain. If she does have a poor memory, it is no coincidence that all of her lapses were in a direction which was not just uncomplimentary of Peterson, but outright aggressive. For that reason, I would say that the main feature she displayed in the interview was malice, even more than mental incapacity. Her many and serious misstatements are catalogued here, by Conor Friedersdorf https://www.theatlantic.com/politics/archive/2018/01/putting-monsterpaint-onjordan-peterson/550859/

Now one question, which Jordan answered so well as to stun her, still left me wondering whether more could not have been said in his favour. At one point she said to him: “You got into trouble for refusing to call trans-men and -women by their preferred personal pronouns.” She stated it as a fact. She was into her next sentence when Peterson corrected her: “No, that’s not actually true. I got into trouble because I said I would not follow the compelled speech dictates of the federal and provincial government. I actually never got into trouble for not calling anyone anything.”

After some irrelevant comments, still following this line, the interviewer asked: “Why should your right to freedom of speech trump a trans-person’s right not to be offended?”

Jordan replied: “Because in order to be able to think, you have to risk being offensive, I mean, look at the conversation we’re having right now. You’re certainly willing to risk offending me in the pursuit of truth. Why should you have the right to do that? It’s been rather uncomfortable. … You’re exercising your freedom of speech to risk offending me, and that’s fine. …”

“You haven’t sat there and … ” she expelled some air, and after a second said: “I’m just trying to work that out. I mean …”

It is this which I wish to look at a little more, this question: “Why should your right to freedom of speech trump a trans-person’s right not to be offended?” I think more can be said here. Peterson made his point partly by example, partly by principle. I think the principles need to be brought up front and centre. They are, I suggest, this. First of all, there is no right not to be offended, secondly, that even if there were such a right, it is not so basic a right as the right to free speech, and third, that it is what I call a reversible question, and therefore hides an arbitrary bias.

First of all, I will discuss the idea that there is no right not to be offended, at least not when the only harm the other person suffers is “offence”, meaning “hurt feelings”. I might have an expectation that I won’t be offended; there might be a hope, there might even be an anxiety. But that is very different from having a right. A right is an entitlement which is recognised by law or morality and can be defended. It is an entitlement of a nature which can be used to prevent someone else from taking a course of conduct, or even, on occasions, can be used to oblige them to act or speak in a certain manner. Again, the sanction will be either legal or moral. But a right not to be offended is too subjective, too uncertain and too individual to be a socially, let alone a legally recognised right.

A right not to be offended is too subjective because no one can be expected to know what will and will not offend others. Some people are hypersensitive, they get offended if you walk in front of them, or if you so much as look at them. It is too uncertain because what is offensive varies from person to person (and from culture to culture). Rights should be common, but this alleged one is too individual. Rights should not be mutually contradictory: if A. insists upon the right of making B. say certain things or refrain from saying things not to offend them (i.e. not to offend A.) then that may offend B. This is what Peterson was saying. If I own this watch then that excludes your right to own this watch. But you have a right to your own watch. Both rights can coincide. With something like a notional right of not being  offended, the rights can coincide only so long as human subjectivity allows it.

Now I am not saying that it can never be wrong to offend someone. For example, it is wrong to defame someone, that is, to hold them up to hatred, contempt or ridicule. Cases of defamation can be so serious as to amount to criminal defamation. But defamation is not penalised simply because someone is offended.

Second, the right to free speech is more basic than any supposed right not to be offended. The right to free speech can be taken as fairly absolute, admitting only exceptions in certain case (e.g. conspiracy to kill, criminal defamation, incitement to violence). On the other hand, if we were to agitate for a right not to be offended, we could not do so by way of some exceptions, we would have to rather define those cases in which the offence was so serious that it should not be allowed.

Third, it is a reversible question. Instead of asking “Why should your right trump theirs?”, the interviewer could have sympathised with Peterson, inquiring: “Why should their right trump yours?” The order in which the question is asked is loaded. To ask it the way she did is to assert that Peterson bears the onus of justifying himself. This was, of course, her view. But it is unfair to ask such a question, when all one has to do is reverse it to reverse the onus. The proper question would be: “In such a situation, what should be defended, your right to speak or their expectation that your speech will not be offensive?”

Trying to sum this up, so far, let me offer this thought: if we restrict freedom of speech by forbidding giving offence, we will be moving in the direction of being forbidden from speaking.

Reviewing the Peterson interview leads to one very important consideration: there is too much analysis by reference to and on the grounds of gender alone. Too many people look at someone and they see a male or a female, to the extent that they no longer see a human being.

I have had people complain to me about the fact that all or most of the people in a certain place were men or were women. They complain that the speaker was a female or a male. They saw a person of this or that gender before they saw a human being. If we are unfair, never selecting qualified men or women only because they were men and women, that would be wrong. The answer to that would be justice. But it would not be “affirmative actions” and quotas. If it is wrong to discriminate against women, it is wrong to discriminate against men. Rather than pushing political or ideological solutions, all we need is justice.

There are even objections, these days, to people from one culture recording music from another culture. It is called “appropriation”. Or, as Mary Daly did, they question whether Our Lord Jesus Christ could be a saviour for women solely because He was male. I reject all this. I am human, and Africans (for example) are human. If I like their music and use their musicality in mine, our humanity is sufficient license. What is important about Our Lord is not that He was male, but that He was fully human (and fully divine).

[After I had completed the first draft of this, I came across a clip on YouTube where Ben Shapiro was asked: “How do you defend your opinion as a white, well-off religious man … telling a woman what she can do (about an abortion)? His reply was so great as to be rousing. He launched right into it: “Because some things are evil even if I am a white, well-off, religious man … You and I can have a conversation about what is right and wrong because this is the nature of human reason. … If we could all retreat into our identity, and our morality is now centred around that identity, morality doesn’t exist at all. We break down into a society of fragmented atoms where I can’t say anything (even if you should torture a puppy in your back yard). I am not going to do that. I refuse to surrender the idea that I can have a moral stance on issues that are of concern to society … simply because of the colour of my skin or (my gender)” His whole answer is worth hearing. It begins at about the 45 minute mark in this clip https://www.youtube.com/watch?v=ZYpY271-F4c) Well said, Ben. We are human first of all, and there has been too much sowing of division between us.]

I am only mentioning this in brief now. I may return to this final point later on. There are too many ideologies of complaint and division. We need Christianity – an ideology of affirmation and unification, unification within ourselves, aligning ourselves to God, and then loving our neighbours as ourselves.

p.s. I had heard of Jordan Peterson before this interview. I had seen a discussion he had had with Camille Paglia, in which I found her opinions more interesting than his. But the very malice and unfairness of this forgettable interviewer has launched Peterson’s career from whatever level it was at to a stratospherically higher one. I doubt she intended that. When I see his book on 12 Rules, I will purchase it.