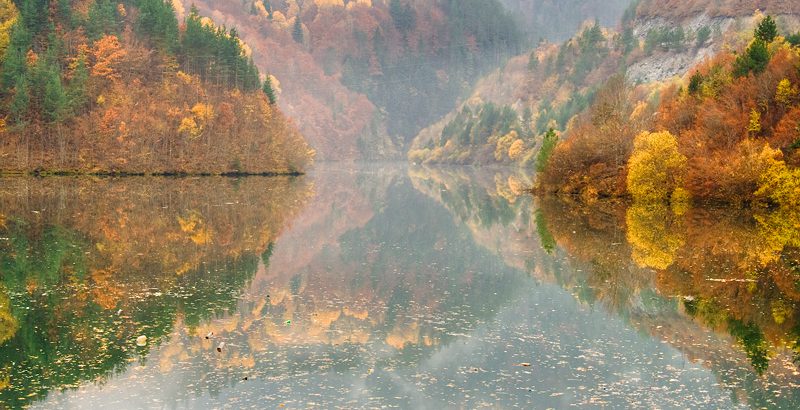 The first question came from Claudia. She had been in another group overseas, and had not been long with us at Newport. “I’m having trouble concentrating at all. The preparation in the morning I can’t find any attention at all. I follow my reading a bit, but my attention just goes.”

“How long do you prepare yourself for?”

“It’s much too long to start with,” said Mr Adie. “See, everyone has different kinds of difficulties.”

“Well, what do you need it for when at the end of the period you’re in the same state? You see, if you have no attention at the end, then something wants changing, doesn’t it? Now, I have warned you to try and work shorter periods in the day, haven’t I. The preparation will be the same. Did you try what I suggested in the day?”

“No, because I kept thinking, ah well, soon I was going to stop. There was nothing to begin with.”

“I suggested five minutes every hour. You really need to take note of what you were doing. If you really noticed with care what you were doing, and were open to what was going on for just five minutes, it would be a massive change. But don’t allow yourself to feel harassed about it. If you try, you’re bound to succeed in the end. No effort is wasted.”

“You have sensation. You have only got to put your hand on your leg, and immediately you feel that part of your knee, you feel it at once. Place your hand there now. There is sensation there. Have you got sensation of your hand on that woollen garment?”

“Now, press your feet towards the floor, lightly, there’s sensation there, isn’t there?”

“Now, make you nose flick like a rabbit. There’s sensation there. See you can get sensation, you can clarify. If you do that carefully, with all the different parts of your body, your head, your neck, and your breast, and your arms, and your legs, and you have the clock there.”

“Now look at me again, come on, I was talking to you. You have the clock there and you have seven minutes see. You look at it. You have seven precious minutes, no more. There they are. Now you go all around your body, very fine sensation. You’ve got two feet, two arms, one nose and so on. For seven minutes there is nothing else. You’ve got plenty of time to visit everything: all the little nooks and crannies of your neck, the muscles, the inside of the mouth, the sockets of the eyes, a very fine sensation. In order to do that you got to direct your attention, yeah? Are you set to do that?”

“Just do that. Don’t do anything else. Then when you’re done, finished, read something. Choose what you what, what you’ve found useful, choose to read for the same amount of time, so that you have one quarter of an hour.”

“That’s it, limit it to that, until you prove you have sensation and to some extent that you have control of your attention for that period. Do it faithfully. Feel relieved that you haven’t got to go sitting for the old half an hour. Seven minutes of a real effort. Good”

The next question was from Louis. “Mr Adie, I feel as though lately I’ve been identified but I don’t know with what.”

Mr Adie turned back to Claudia, and said: “Now think about this question. It will help you. Don’t go thinking about your question any more. Pay attention to this question.”

Perhaps Mr Adie gave Louis a sign, because he continued. “The reason I think I’m identified is because lately I’ve been very clumsy, forgetful, and many other things which have been interfering with my efficiency in my work and what I do at home. Also, with the work, the studies, but I don’t seem to know how to look for, what I’m identified with at the present.”

“But the important thing is not what you’re identified with, but the fact that you are identified at all. What are you going to do about that? You’re going to be identified with everything, the present moment you’re partly identified with your question, and me, and the people in the room you can’t help it. But have you got some sensation when as you speak?”

Mr Adie turned back to Claudia” “Now you have been paying attention to him a little, haven’t you? See, you’re not so identified with your own alleged bewilderment?”

“It’s a bit of a trap this life, in fact, it’s a terrific trap. If we’re going to get out of it there are all sorts of things we have to realise: the possibility of moving is a marvellous discovery, that I can make that slight movement. When something terrible happens to a person, a person that is prone to a miserable state of mind and they’re all by themselves, no friends, it’s very difficult for them, isn’t it?  The bottom’s dropped out of the willow basket. If they only had the idea that one little movement is necessary, everything changes, not totally into something unrelated, but everything changes. It’s like a log jam on a frozen river, you know those Canadian rivers where they have vast rivers of logs lying in the water and when they get down further they jam up? They get one log free and they all start to move.”

“You got be to be very practical. We don’t know, and we don’t realise that we are really caught, so the possibility of counteracting that being caught, just for a second or two, is incredibly valuable. But you wanted to sit at the preparation for half an hour. Later, presently, you’ll be able to have another moment of freedom, but not the same way as the moment before. You can’t work like that.”

“And it’s a great relief to find that I work in the wrong way. I don’t have to doubt my wish, my sincerity, I still know it’s necessary, but thank God it’s not necessary in that way. There’s another way. That’s a great relief, and I can be a little less identified and a bit more poised.”

“I start to panic a bit when it gets in the head,” said Claudia.

“Yes, that’s also quite useless, quite useless. You want to drop the tummy down and just, all sorts of possibilities are there if you make a very slight movement. Try and see yourself differently. All these head ideas are a sort of rubbish clouted on to me, I can’t brush it all off at once, but at least I know it’s rubbish.”

First of all, that word: “clouted”. It comes from an old Anglo-Saxon word referring to a little piece of cloth or metal. Then it came to mean “To cover with cloth, leather, or other material.” Possibly because a clout or small piece of cloth was placed on targets for archery practice, it came to mean “to strike” and “to hit with a blow”. A derivation from archery would explain why a clout is just one hit, while we can speak about a hail of blows and punches.

It is a brilliant word for what Mr Adie was expressing: that formatory ideas are practically attached to us, one by one, little by little, until they form a sort of unnatural covering. What he says is so wise: “I can’t brush it all off at once, but at least I know it’s rubbish.”

I should stress that the advice to Claudia was meant for her and people in her situation. On other occasions, Mr Adie would advise people to sit for longer, but I never heard him allow more than 20 minutes. One recording I have heard has him speak of 20 minutes as the maximum, but again, I am sure that even that depended upon the context. There might be a preparation where one found something of such a nature that one could maintain it for longer. Only one’s experience can be the guide.

It was also interesting to come across this excellent example of how he had an awareness of everyone in the room as he spoke, and could turn to one, and then return to another. And yet all were included all of the time. You had the impression of being in the presence of a master, who could maintain his attention while juggling many balls.

This is one of the advantages of a group: I bring my question but then, after the exchange, I should not become introspective. If I do, there is a great danger I will distort it. The best way to preserve the impact of an exchange is to make an immediate effort to be present. It is the state of presence, rather than the condition of going over it, which safeguards the quality of my thought.

Also typical of what he brought to meetings was how he insisted that as he spoke with Claudia, she move her hand, place it on her knee, and sense herself, and so on.

The photo is of a river scene in the spectacular Rhodope Mountains, which link long-suffering Bulgaria and Greece.