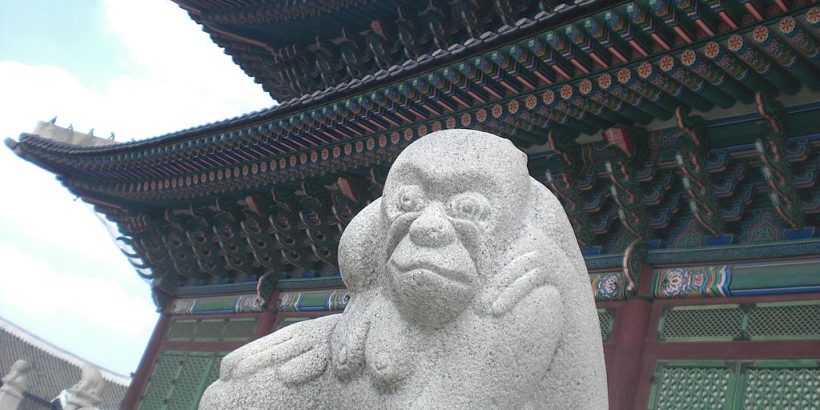 (This is from the Combined Meeting, of all groups, on 2 August 1978. Mr Adie opened with a preparation, then Mrs Adie played some music. After that, Mr Adie addressed the group.)

“I want to mention our relation to each other, because if one person is to develop, it means we all – more or less – have to develop. Our chance is together-development. And we do not understand about relationship, we do not understand about rules. We still regard rules, if we think of them at all, as restrictions. We need the right attitude towards them. For example, take our coffee room. It could be a useful room where we have a cup of coffee, and can be together, because we are the same group. But in nine times out of ten it’s just a place for talking about ordinary life matters – and this is not our work. People say: “Oh, but this is unreasonable, after all, what is wrong in talking about your job or your servants, and so on?”

“The point is that if you talk about that, you drown out everything we have been talking about, everything which is not be developed in the ordinary conditions of life. It cannot be there on this basis of relationship: my job, what you were doing, was it cheap, was it expensive, what bad luck, how bad you must feel. This has nothing to do with the work whatsoever.”

“I have received something, I have been making efforts during the movements. I want to be quiet, and digest it in silence. Then someone comes up and says: “It would be such fun if we could meet sometimes,” or “it would be good to get to know each other.” This is absolute nonsense. The work would go up the chimney at once, and that is why there are these rules. How often have you found that you thought a person was nice, and after three times you wondered what on earth you ever had to do with them at all, and regretted it, even regretted it bitterly?”

“It would be the same here. Inner considering. We don’t externally consider each other. You remember how it was said in In Search of the Miraculous that people could not bear to be silent. Why can’t we be natural, sitting quiet? It’s our work to maintain the work, and not to consider in that way, so that we are forced to chatter. Partly, as I said, it is due to people not understanding. It is not a free-for-all. When you’re walking along the street, and you see someone from the group, you shouldn’t dash across and say “hello, what ho”. It may be very inconvenient for them, and they may be with someone else. Then, when you’ve gone, their friends asks who that was, and it may place them in a bad position.”

“It isn’t the work. There was a very bad example the other week of somebody introducing a very unsuitable person to somebody in the work. Quite useless, really, and went out of their way to do it, just because they were under the influence of their ordinary attitude. I want everybody to understand this and work on this preservation of a possible different relationship, simply because we can bear to be quiet, simply because I can have some consideration for you, and you and you, so I don’t blurt out my normal rubbish. And through that I may have some relation.”

“Do I awaken in you agreement, or are there some people who have questions about it? Who has reservations, or doubts? Bring them up, because it may be profitable.”

Jim asked: “I wondered whether one can speak about the work in a general sense during coffee?”

“Well, you need discrimination there,” replied Mr Adie. “First of all, if you wish to speak of the work, then you have to remember yourself. Then you have to sense what sort of state the other man is in. He might want to be quiet, you know! And what are you going to speak of? Your own difficulty, whether he can throw some light on it?”

“But one mustn’t feel an obligation to talk about work in the coffee room,” replied Mr Adie. “This would be forced and unnatural. But it is an opportunity to speak, if it appears possible. But for people who have been here five minutes longer it can also be an opportunity to hold forth, and that is also a pitfall arranged for us. Dixie, you agree with me? Fully? Good. Who else, who has any comment?”

A young woman whose voice I did not recognise then said: “I have seen how I go in there serious, and then quickly become very chatty as soon as I see someone, as if they were prey.”

“Yes of course, my sense of my purpose just goes up in a sort of effervescence. It’s true, but not you only, everybody is with you. Well, how does it feel? Do we feel a bit awkward together?”

“You see, a different relationship means a different living relationship. We all come with our bag of tricks: our high spirits and our heavinesses, and so on. But we must divest of it. How we come is important. If we have accepted a lift here, then drivers have a duty to their passengers here, and passengers have a duty to their driver. I don’t think people ought to accept any lifts unless they remember this very much, not to talk and chatter and be bright. That brightness isn’t worth having. We shall discover a silence which is not dead. This is the whole point.”

“At the moment, we have to think about who might give a lift to whom, and we don’t want to have to calculate it that much. We want it to be simpler. If people will follow that, and when they see people have a sense “there’s somebody in the work”, then it will help them at once, because of their attitude. It is what is said, the rules help to maintain the work.”

Mr Adie obviously potted someone looking rather glum, and asked: “You with me? Good. Then look happy.”

Dixie then asked: “Mr Adie, why is silence so often uncomfortable?”

“Many reasons. Often it is because it’s unaccustomed in our artificial life, and we are often uncomfortable with the unaccustomed. And of course the personality tramples on silence because it wants to hold forth. We are restless, empty, flighty, bouncy, prancing and god knows what. We have all these imaginary I’s which like show.”

“But then unnecessary talking is also a product of reaction. We receive something incredibly valuable here, and as I get it, it’s opposed within me. This reaction can happen now or at any time. And unnecessary talking is one way that it manifests. There has to be a contrary force: but then if it is seen and understood it can be transformed, and I don’t lose what I have gained. As long as the opposition is there, on the same level, there can be a transformation. It has to be there, without the presence of the three sacred forces, nothing can exist. We don’t want to be worried about this third force, but it has to be there, acknowledge it, and it takes part … it is resolved … it is harmonised.”

“Then there is a finer force which is localized within me, but if the force escapes it cannot be utilised by the ordinary intelligence, and then it destroys. Perhaps something blurts out of me, and I don’t understand why. It may be the escaping force.”

Mr Adie continued: “Then let us have this new society, this really could be a working group. We haven’t got this enough, let us have it, and then we shall really see what’s possible. And don’t be misled into thinking that people who have been here longer than you, and because they talk, you can. Don’t be so naive – just look. Don’t be suspicious [laughter], but now please speak about the exercise, speak about the preparation, speak about anything that you have a question about.”