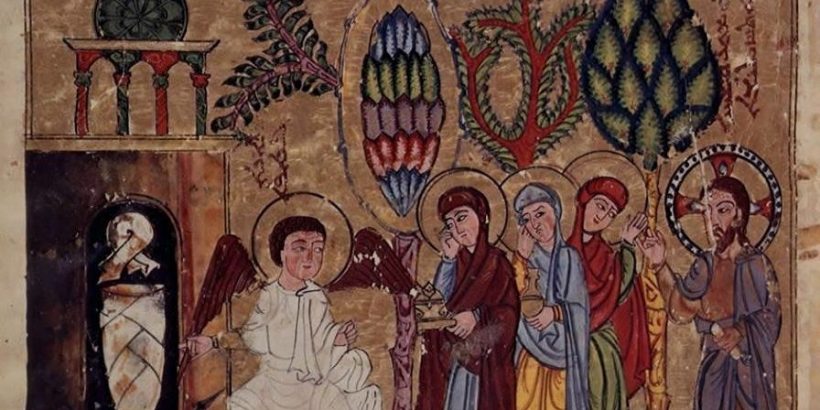 There is one aspect of Gurdjieff’s intellectual system which I have never at all understood, and that, ironically, is what he says about understanding and agreement. It is, I now see, of the first importance. It is connected with the idea of external considering, with that of objective consciousness, and some other impulses, divine in origin, which it may be best to silently acknowledge, rather than name them.

George Adie on Understanding and Agreement

I will commence with Mr Adie’s take on the topic: he used to say to us that if I understood another person I would agree with his position. He invariably added two riders to this, and sometimes a third.

First, he would say that the consequence of this truth was that only very rarely indeed could I truly say that I understood anyone on any topic. This was the aspect he most stressed. Our lives are full of the most bitter disputes and arguments. This proved, he would say, that we do not understand the other. We believe in words, he would tell us – and he was absolutely right. Don’t quarrel over phrases and terms: try and be present and understand the other. Place yourself in his shoes. Ask: how does he come to this? How has he been conditioned to assert this? I don’t know how often I heard this. I do recall once actually trying to put it into practice. I can still vividly remember the impact it made on me, and feel something of what I felt then, although he died 29 years ago.

Second, Mr Adie taught us, assuming that I possess some understanding, then I will agree with the person’s position in the sense that I will agree with him that no other view is available to himas he has been and is. I also recall this clearly, because, at least twice, the example he gave was Hitler, and I remember thinking that for someone like Mr Adie, who was in England all through WWII, this must have been a tremendously meaningful example. He said, that understanding Hitler did not mean that he agreed with Hitler’s policies, rather that he agreed that Hitler was bound to do as he did, given his condition and conditioning.

In other words, if I understand someone else I do not have to agree for myselfwith their views. They may prefer winter to summer. They may prefer chocolate to vanilla. They may be socialists, ISIS suicide bombers, North Korean dictators. To understand and agree with their position means to understand why they do and think so and can do and think no other. If I have more intelligence or knowledge than the other, I do not sacrifice either intelligence or knowledge, or their fruits. But I do see how without intelligence, and lacking that knowledge, their position is – for them – reasonable.

The third point, which he said once in my hearing, when someone was arguing with him, in quite an ordinary way, that she musthave understood another person becauseshe agreed with her, was this: “It’s the other way around, actually. If you understood you would agree with her position. But if you agree with her it may be nothing more than coincidence, that you have the same dispositions and mechanical features; or it could be wilfulness, you perhaps agree with her because of strong opposition to someone else; or it could be you share her illusion.” It was not those words exactly, but it was that meaning. And I recall that the quality of his state as he said this was so high that the quarrelsome woman was, at the time, quite pacified.

Ouspensky on Understanding and Agreement

In the fifth lecture from The Psychology of Man’s Possible Evolution, Ouspensky says:

“Naturally two people having no common language will not understand one another. They must have a common language or agree on certain signs or symbols by which they will designate things. But suppose that during a conversation with a man you disagree about the meaning of certain words or signs or symbols; then you again cease to understand one another.”

This is true. It is difficult to understand it, and I think that part of the reason is that Ouspensky leaves out the most important qualifier from the initial formulation. Just a little further down the page, he adds it when he writes:

Where do we see two people with both equal knowledge and being? I think, chiefly, in cohorts of people raised in the same place, with the same teachers and the same influences. Even there, a small difference in being can lead to large differences, e.g. one person who reacts with negative emotion to instruction will often have opinions which are diametrically opposite to those of others. But this would explain why we so often feel a special sympathy with people of our same age, education and social background.

A common phenomenon is the way that we may disagree with someone we don’t know, but if we meet the person and start to like them, we start to soften in our opposition to their ideas. We may still disagree, but we start to say that we now understand why they have that opinion, and we start to credit them for sincerity. And this occurs with people who have no knowledge at all of the Gurdjieff Work. There are several reasons for this phenomenon, but this teaching on understanding and agreement explains much of it. And that leads to another idea.

The idea that evil is mechanical is closely related to the ideas we have been discussing. In The Fourth Way, Ouspensky is quoted as saying:

“… what we call evil is always mechanical, it can never be conscious; and what we call good is always conscious, it cannot be mechanical. It will take a long time to see the reason for that, because these ideas of mechanical and conscious are mixed in our mind. … put the question, ‘Is conscious evil possible?’ That will require study and observation, but from the point of view of the system there is a definite principle that conscious evil is possible; mechanicalness must be unconscious.” (19-20)

These ideas come together in this way at least: when we are judging or evaluating the behaviour, actions, words and omissions of others, we see that they could not consciously desire to see evil, but rather, they act simply as they have been formed, and thatif we shared their history and their being, we would do exactly the same. And what is more, we probably have.

So, if we can be present while pondering all these ideas, we start to develop genuine feeling of ourselves in relation to others. We become kinder and gentler, and yet stronger, because our mildness is based on truth and the perception of some, at least, of the laws governing humanity. We have not been able to come to external considering in this post, but we shall in the future.