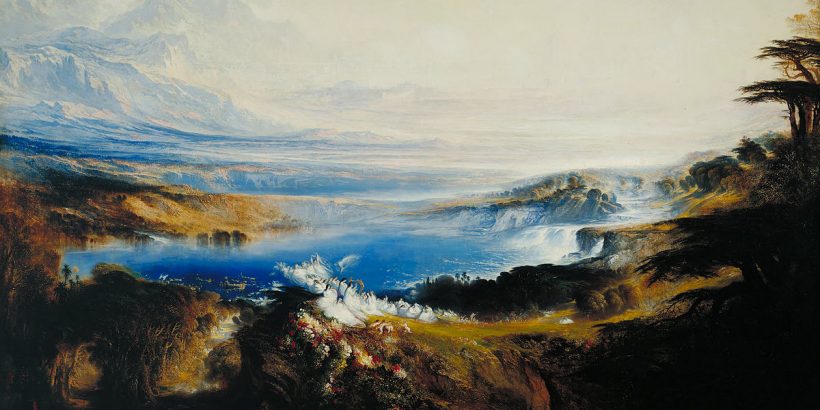 I have taken this short exchange from mid-way through the meeting of Thursday 17 November 1988. I will transcribe Mr Adie’s reply, then make some brief comments.

A rather intense young man said that he had set aside some time to ponder his relationship with his father. It was, he said, a big shock when his father had died. He now set himself to repair the past, because he had, on a number of occasions, manifested towards his father in a very cruel manner. Each morning, he completes his preparation, then takes one particular incident, tries to remember it while having some feeling and sensing himself, and just to hold that memory.

“So it wasn’t your offence exactly. It is, however, your responsibility. This makes a lot of difference. You are present now, but you were not present then. I remain present like that. I see the truth of it. How true it is. Other ideas may come up and query it. But work. Work.”

Mr Adie had answered similar questions before. One memorable example is “It’s a Painful Truth” (pp.283-284) in the book George Adie: A Gurdjieff Pupil in Australia. What is more common than these situations of misunderstanding and conflict between parents and children, with their emotions of sadness, regret for lost chances, accusation and self-accusation, frustration, guilt, shame and a love which is sensed but never fulfilled?

On this occasion, Mr Adie’s short but powerful response made the point that although we were not present at the time of our offence, it was done through us, and so we are, nonetheless, responsible for it, precisely because it was done through us. Let us take it at an individual level: since it happened through me, it leaves a trace in me, so I have the responsibility for making it passive, not allowing it to become a seed. Further, had I been present, it could not have happened, at least not like that, and I may have been more available to make amends at the very time. So, on two counts, I am responsible, and the closer to the surface conscience is in me, the more I know it.

This brings me to the chief comment I wish to make: it is possible to be present to my feeling. That subtle but real internal act of impartially observing my feeling brings order to the confusion of emotions I experience. That objective watching from a higher place weeds out, as it were, most negative emotions. The jungle of my emotions clears out.

This has a bearing on my thought, too, for negative emotions and the traces they leave form the basis of associations and memories. Associations evoke internal responses: it is a law. But the nature of the internal response can be very different, depending upon my state. Almost all the time, thoughts, feelings and emotions. our feeling and our emotions take us. We identify with them to certain degrees, usually to higher degrees.

But if the internal response to a painful association is to come to my feeling, then because our feelings bring us to ourselves, we are more present to them, and so identify less. This means that we can gain understanding from our feelings. Our emotions, however, do not bring us to ourselves, at least not directly. But a link between emotion and feeling can be made. For that, we need to be present to our emotions, experience of self-remembering, and understanding which we can use to make that link. The distinction between “feeling” and “emotion” is dealt with at pp.131-132 of Mr Adie’s book.

Now, when I am present to my emotions, I see that I am subject to mixed emotions. This is why I referred to our emotional life as a “jungle”: it is a gloom full of myriad creatures making sounds and moving about. We all know the sense of practically choking on conflicting emotions struggling to surface, and the inarticulate suffocation we experience. For this reason, it is something of a relative relief when, sometimes, one emotion takes centre stage and seems to leave no space for any others. They are, however, there, just crowded out from my ordinary consciousness. But as I am more able to remember myself, I see that there are almost always multiple emotions available and contributing to the confusion I feel. It is rather like hearing the discordant sound of twenty apes screeching at once: I cannot isolate and identify each of the voices, but I hear the whole, and I may be able to distinguish the loudest of them.

I can go further: I would say that, in my experience, the confused uproar of mixed emotions usually, if not invariably, includes (1) an evaluation of myself (pride and vanity), and (2) a comparison of myself to other people (jealousy and envy). It is also frequently accompanied (3) fear that what I like will end, or else that it will never appear, and (4) that what I dislike will never end, or else that it will appear. In cases of strongly negative emotions, pride can manifest as a very foul self-appreciation and an equally vile self-hatred. But then other emotions co-exist with these, such as shame and guilt, resentment and hatred (usually accompanied by vindictive sentiments), but also liking, amusement and so on. So we are almost always invaded by multiple emotions, including at least two conflicting fears.

An example drawn from life might help. Let us say that I heard that someone else has done extremely well in exams, we will often feel pride and vanity, plus a conceited comparison of ourselves with others (which opens the door to jealousy), and a series of fears: e.g. that others may not hear about my brilliant success, or that they may remember past failures, or that my next exams may not be so spectacularly crowned, and so on. If one only considers how often our emotional states include pride and fear, self-appreciation and resentment, we shall see how mixed our emotional life usually is.

But there is a way out: in the state of self-remembering, especially, as Mr Adie said in the above extract, when I prepare myself in cloistered conditions, I can experience simplicity of feeling. If I can come, more and more often to this state each day, I have an ever-clearer measure by which to evaluate how mixed I am. The more I can come to feeling, particularly the feeling of love of reality, love of being (a feeling of goodness and affirmation), the more I sense the gap this state and the confused.

So impartial awareness of the jungle is the first thing, and the impartial experience of simple feeling is the first thing. Then, there is the understanding I need. This enters as the third force, tilting the balance in favour of feeling, and rendering the emotional jungle passive. As Mr Adie so often said, with the understanding of the system, we can learn to recognise more and more quickly the confused states in ourselves. One can then tag those states as reminding factors. When I feel self-hatred, for example, I will remember myself, and thus two things happen: first, I see the self-hatred and perhaps even what is associated with it, such as the memories which call it up, and second, I remember that I need the state of simplicity which I have experienced in my feeling. In this way, the painful emotions call the calm and objective feeling of myself, with its concomitant being-love.

The very energy of the negative emotion may then be converted to conscious use, and support positive feeling. As this effort is made, moment after moment, day after day, year after year, a new connection is made, and eventually, as said, negative emotions start to call me to higher emotions. The confusion is resolved, sometimes gradually, sometimes swiftly. And since feeling of myself uses higher emotional centre, which is more than 30,000 times faster than ordinary emotion, one arrives at a blessed point where, by the time I am aware that a negative emotion is arising, I am already present. My feeling of myself is there to see the process which is going on, and keep it in check. Before I am aware with my ordinary mind of what is happening, higher mind has seen and responded. This prevents the negative emotion becoming a confusion of internal violence. It means that my feeling body has started to become active. And this is really something.