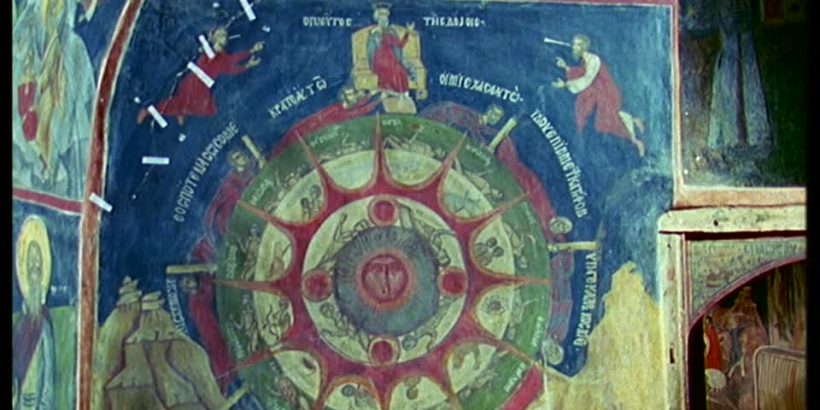 This is from the meeting of Thursday 20 July 1989, the last meeting Mr Adie took. This question was from Carlotta, who said that she felt confused.

“Try and say what the confusion is,” advised Mr Adie.

“There’s a tremendous amount of considering.”

“Yes, it’s true. Now take some particular thing that you are working, or want to work on, and bring that. Speak about that. In general, you are absolutely right: considering eats me. Now.”

Carlotta said that she took on too much work at the

“Now then ask yourself, what is it that makes you take on too much?”

Her reply was straightforward: “I want them to like me.”

Yes, Carlotta, agreed, that is true, she wants them to do her desires.

“Do you offer to do things, or are they asking?”

Sometimes one, replied Carlotta, it is one, and sometimes the other.

“Then you could interfere with this by not saying yes immediately. The next time they offer, don’t say yes at once: think about it. You are under great pressure. Everybody knows that to have children within a year of each other is very, very heavy. So you have every justification in the world to say to them: “Well, I’d like to help you, but I have to think it out.” Then, when next you see them, you can say: “I’d like to help you but it’s just impossible.”

“Try and be like that. It’s quite practical. What is interesting in the process is your state. You never know how things will turn out, but there is a point of interest: the work. Where is the work in relation to it?”

“You want to understand for yourself. You want to escape the inner enslavement. That is much more important than whether you are serving at tables for them or not. What is important is the motive, the feeling, the energy you waste, all these things. For that you need to come to yourself more, as a relatively conscious person, not as a slave.”

“This idea of asking for time to think about it useful: it gives a pattern of how to go about problems. My first impulse may not be the right answer at all.”

“See, all the work is related to aim. Work doesn’t mean anything without the idea of aim? What is my aim? And I can take it further it wants to really be: what is my aim now?”

“My first aim might be to understand what the question means: have I an aim? Well, I hadn’t but now I am beginning to see. I need to know. I need to be a little free. And all these things are not the end of the world, but to be a little free and to come to yourself, that is surely more important. Come to yourself, so that when you speak you say yes or not. It would be marvellous for you to say it, and not let it say it.”

“If you say no, believe me, the result will be totally different. The person won’t mind at all. Think about aim.”

“Try and spend a few moments, somehow, with the idea of having an aim. What is your aim? You must come to the fact that the initial aim is always to be, and to be conscious, otherwise you really can’t know anything, but that will at last, for a second, enable you, so what is the next step going to be like? It will be slightly different because you know that this is the aim, the aim to be conscious. So you’ve got this aim, and you haven’t forgotten that, and working on that line, you will find more connections, maybe. See? I’m just painting a picture of the possible result: does it make sense?”

“Good. Then try that. There are many different lines. Your aim is something with your heart in it, your breath, your blood, everything in it.”

“It’s rather like a chess board. If one of the pieces is sticky, and you just blindly push it: a bishop, a pawn or a knight, it will fall over. We are rather like that at times. Stuck to a square, and if the force pushing us is too strong, we fall over. But there is a possibility of moving. From where does the possible movement come? Are we just waiting for someone to come and move us? That answers a little, I hope.”

There is no need to comment, other than to say that the question of aim is absolutely fundamental, and in particular, to the Gurdjieff method. Religions teach that one needs to have a certain aim. Gurdjieff’s unique approach is to paint a picture of reality, and to say, now, within that context, choose a far aim which means something to you, and set the intermediate aims you need to reach in order to attain to your ultimate aim. In other words, Gurdjieff invite us to take personal responsibility for formulating and pursuing our aim.