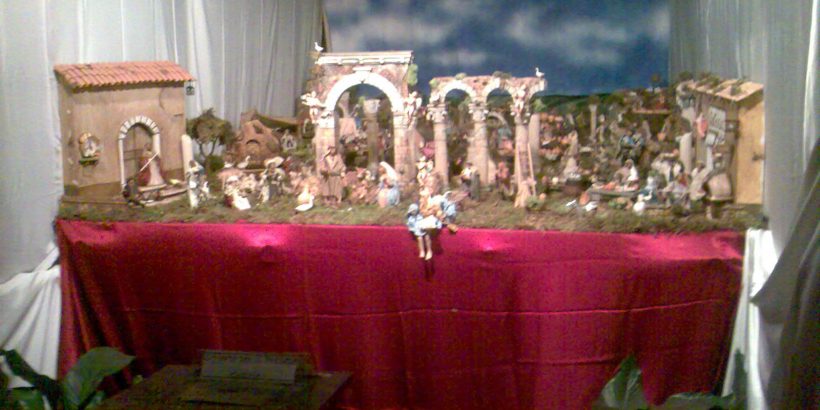 Further to the post of four days ago about Storr’s misunderstanding of Gurdjieff, and his mocking of Gurdjieff’s cosmology, consider this passage. This previously unpublished piece, reporting something said by Gurdjieff, is found at pp.110-111 of Christian Wertenbaker’s The Enneagram of G.I. Gurdjieff, Codhill, New Paltz.

“On another occasion, G. explained the idea of Moon from a wholly new direction. “Up to now we have talked about the Moon as the growing branch of the cosmos, as the end, or destination, of the Ray of Creation, which originates in the Absolute.

There is another level at which you must understand this idea: Given that man is the microcosm that replicates all that exists in the cosmos, this line from the Absolute to the Moon also exists in man. The representative of the Absolute in man is full consciousness, about which our knowledge is incomplete. We do know, however, that the effort to free oneself from identification creates a corresponding amount of free attention. The presence of free attention in man is a second order representative of the Absolute: it is a foretaste of what he might eventually come to know as full consciousness.

“The Moon-in-man is sensation. It is that broken part of the original consciousness of man, and it is that part towards which a man who wishes to work has a primary responsibility; for sensation in man is the growing part of his inner cosmos. The Ray of Creation inside man extends from free attention to sensation.”

“Of course, when we apply the term growth to sensation, we must understand that it refers to growth of the roots not the leaves, that is, sensation is not only of a man’s skin, which we might think of as leaves, but of the entire inner structure, which includes the skeleton, muscles, and organs as well. In lifting his arm, everything on the other side of intention is sensation. A man must be able to radiate particles of free attention from the moment an intention enters his bloodstream and neurological system.

“The work on sensation is the infrastructure of being.”

The piece is not just powerful, it is stunningly deep. And yet, it was always implicit in what we have read in In Search of the Miraculous. This is the reason why I think it is probably an accurate report of a conversation with Gurdjieff. Who else could be so simple and so profound? I understand that people in the New York Foundation and Paris Institut accept is as authentic, but do not know who wrote it. I respect their view, but I don’t rely on it. I am basing myself on my own assessment. I wonder if they made enquiries when they received it.

My guess is that it was written by Ouspensky. It might just possibly have been Orage, but I would put my money on Ouspensky. The flow, how it is set out, (e.g. the way he says: “On another occasion G. explained …”) reminds me of no one so much as Ouspensky, together with the use of “G” rather than the fuller “Gurdjieff”.

The simplicity and precision of the prose together with the fact that Gurdjieff had been speaking about the Ray of Creation and the Moon, makes me think, with some small reservations, that it must be one of those two. To whom else could Gurdjieff have been speaking about the Moon from any perspective at all, and could then have gone on of his own volition to teach them about the Absolute and the Moon? Orage and Ouspensky did discuss these difficult questions with Gurdjieff. They were around when Gurdjieff was either speaking about them (in Russia) or in writing (see Orage’s commentaries on Beelzebub for some very deep remarks on the Moon to which I shall be returning to in future posts, God willing).

However, I do have small reservations: first, as it was pointed out to me by a learned friend, the word “infrastructure” entered the English language relatively recently. My Shorter Oxford Dictionary has no instance of it before 1927; further, it was an abstruse word for quite some time after that. It had apparently entered French beforehand, and from there migrated to English. I do not know if there is evidence of Ouspensky or Orage using the word. The use of that word does not rule out either Orage or Ouspensky, but it does raise the question as to whether they could have written it.

Now, it may be that the the editing of this passage, or its translation, or both were late, by which I mean up to any time before their deaths. But the main reason I hesitate to attribute this passage to Ouspensky is because there is so little in any of his certain writing about the importance of sensation. As one friend has pointed out to me, the ideas of “work” and “work on sensation” is very un-Ouspensky-vintage Gurdjieff. But could it be from the 1940s? Is there any reason at all to think that he would be holding consecutive teaching sessions, as opposed to answering questions, about the Ray of Creation.

One person I know thinks that the same applies to Orage: but I am satisfied it does not. In Orage’s commentaries there is a great deal on sensation, and being aware of sensation in movement.

However, it does sound like Ouspensky, and even more, it sounds as if it was in a draft of In Search. Its style fits In Search better than anything else. The comment that it does not sound like the sort of “work” Ouspensky was doing seems to me just (but I stand to be corrected). But that does not mean that Gurdjieff did not necessarily say it to Ouspensky, let alone that Ouspensky did not write it: if Gurdjieff did say it to Ouspensky, then all it has to mean is that Ouspensky discounted it. His dismissal of the movements is documented. Perhaps he also dismissed “work on sensation”.

If anyone has better information, please share it with me. I am by no means certain about my hypothesis, but to sum up: it sounds to me like a section from a draft of In Search of the Miraculous, it authentically represents what Gurdjieff said to him, but he did not place it in the book because he did not value that particular line of work.

By the way I have checked so far as they are available to me, the unpublished drafts of ISM and it does not appear there. But are the available drafts complete?