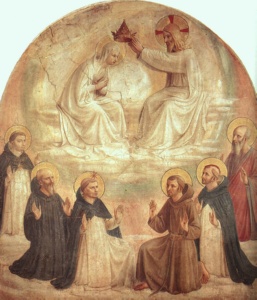 This is the first two of the reports from the meeting of Wednesday 9 October 1985.

Liza said that she noticed that her negative emotions would become so powerful that she disappeared completely, not only for a short time, but day after day. For a very short time, she said, she could remember myself. But when she remembers how mechanical she has been, she was frightened, “so frightened within.”

“Well, it has to go on until you realise how horrible it is,” said Mr Adie. “Perhaps you’ve seen enough now. It’s automatic: you are not there. But now that you are there you speak of it. It’s not obligatory to have this fear, there is a choice, if you are serious about it, and observe. But you accept it under the guise of justifiable worry, concern and hurry; all these old, old habits of fear and worry.”

“The trouble about it is that one negative I, one worry, connects with another and another. So it happens that like that there is a terrible continuity. I think you have to say to yourself, well now, how much more, could it be any worse? Then really re-position yourself for it.”

“Only you can do it. Nobody else can. It’s what I tried to tell you a month ago. Yet, most of our fears don’t come to pass. I’m terrified most of my life of things which don’t happen. Study your fears of what you’re most afraid of? I don’t mean tell me now. But you will probably see that most of what you have feared hasn’t happened.”

“You know the story in Rumi about a cow on a green island? This is a cow on a lovely island full of lush grass and it goes miserable and thin, starving, because it was worried that the grass might die, and it wouldn’t have anything to eat. Yet, it was full of grass. There it was, walking about in an island full of lush grass, dying of fear. Can you say that’s yourself? What?”

“Well, that’s it. Why not live for one day, and say: ‘At the worst, what I fear isn’t going to happen now’. Remember, only you can do anything for yourself in this sphere.”

The next questions came from Montague. He has been busy, and Sunday that a “terrific amount of force got sapped from the identification with what I had to do.” Not until Monday morning did he realise that all this turmoil and terrific identification was connected with his vanity, his desire to be praised for what he had done. He had made a plan on Monday, but it failed. Same for Tuesday. Same for today, Wednesday. “I’ve been just obliterated by it,” he concluded: “by all the events taking place and been taken by these events and not really having anything of myself at all.”

“Not even flashes?” Mr Adie asked.

“Well, there have been some flashes.”

“I had rather suspected there were. So how could you speak like that, saying you’d been obliterated and had nothing of yourself at all? If I hadn’t interrupted you, you go and put a statement down which for you becomes a fact, but it’s not true. You roll it on. It’s the same old thing. It’s too long. You’re identified again with what you’re saying. You’re presenting a failing picture, and it’s good to bring whether we failure or not. But you let it become mechanical again. Even here, you’re not present, even here, not present to your own statement.”

“Why make things worse than they are? We always try to make things worse, we seem to be not satisfied with upsetting half a dozen things, we’re got to do the lot. It’s like when Liza speaks, whenever she speaks, she says everything is terrible, but there must have been times inside when it wasn’t so much and when she realised she was failing, and when I realise I am failing I am not so far off. That’s the first thing that could happen, I live a mechanical life and of course, if I begin to come at all present, the first thing I notice is mechanicalness.”

“Sure, from that point of view I’m failure; unbalanced mechanicalness, all your energy flowing in that way. In practice we must use this precious hour more carefully and understand that. We don’t value the flashes, and that’s the point, they’re far more effective than we realise.”

“You had a few moments or two where you might have had a second or two for yourself if you had understood better, when you got some business to do. But you could be in far worst circumstances than that, far more difficult. They’re all like that, you could be in circumstances when life is threatened, and then that very thing would call you.”

“I must try and use the same, I don’t think you planned to use specific things, you didn’t plan one or two specific times. It’s not easy to do, but I have to try.

“When I’ve noticed, failure or something negative, at that moment I must somehow return to myself at that moment. If I leave it, my chance is gone, in that way the life can change.”

“It’s not easy, it’s difficult our work, but it’s possible. I want things. I want. I’m very hungry for some things, and I fear other things and I don’t want other things and these I’s, none of them are, are not I, myself, none of them. I let them go I don’t see them there as parts of an automatic thing. I still call them and think of them as I.”