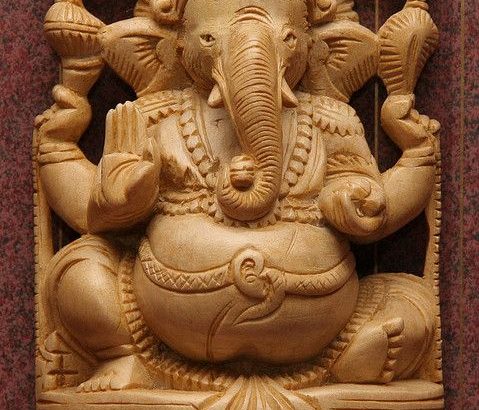 Continuing with the Saturday Weekend Work, 20 July 1985, the first question after lunch was a classic, only partly for what Mr Adie said, but even more for the engagement with the student. Very few, I think, were capable of such an exchange. This question came from Olga. I have omitted many of the repetitions in what she said:

Olga:    Mr Adie, I tried to find the formulation for how I was when you said the washing machine had broken down. It seemed that I could not quite find the right words, what came to mind was slick …  slick, smartarse, rather sort of smart, trying to be smart, lack of interest, as if it didn’t have anything to do with me….

Olga:   I should have checked and got looked at. I just can’t find the right word for it, but it seems I need to know, because, there’s something, sort of quick about my response, which I have seen at other times…

Mr Adie:   It’s all ready, you know. As soon as something offending appears, this ready-made response goes: “I can’t be wrong. I don’t need to deal with you.”

Olga:   The feeling popped out, it just came quite by itself. The answer was there before I even thought of something, it sort of did it by itself.

Mr Adie:   That’s right, it is a sort of built-in response.

Olga:   And it’s just the same kind of part, I mean I have these quick things that flip out of me like that when I’m dealing with other people.

Olga:   And, sometimes it’s sort of more frivolous and has that taste about it too, a little.

Olga:   Well, I found the whole time when we were looking at the curtains….

Mr Adie:   No, let’s not change the subject so quickly, from this capacity you have to not be involved in anything that’s questionable. We’re on the washing machine: the curtains come alter. What do you get from that? As you said, the prepared answer is kind of quick and tricky, what about it?

Mr Adie:   It’s sort of built-in, isn’t it? There’s an interesting word: “one-upmanship”, always manoeuvring so that I come out on top, even if only in my own estimate. Whatever you say, I have something to say back. Whatever happens, I have “one up.” I squirm my way out of it, and if I can’t figure how to do it, I change the topic.

So even if it has broken, well, it must have been the rotten thing, you see; nothing to do with me, and I have an explanation, an excuse, a diversion. I mean….. It can’t be connected with me if there’s anything wrong.

Mr Adie:   This is a sort of wonderful protection. But everybody has it, to some degree or other, about different things. I mean we’re educated in that way in the ordinary way by personality.

It’s like a good saleswoman, no product is perfect, so you have to deal with all complaints without letting to be the slightest shadow of suggestion that you don’t think it’s the best, even if it breaks and even if it’s more expensive – it’s still the best.

Olga:   To me it seems that I hadn’t thoroughly thought it out. It seems that it’s related also to making flippant remarks to not be with people in the work. I have a sort of a wit, or a tendency to joke that comes through.

Mr Adie:  Yes, I think it is, it’s already there and it’s waiting. So, what about it, then, what is your attitude to it?

Olga:   Well, it shouldn’t be, it’s not acceptable.

Mr Adie:   See, quick agreement, see? It doesn’t allow it to sink in.

Mr Adie:   I cannot be found lacking in anything. It’s very strange that even when it’s pointed out you can still say it; it’s very quick.

Olga:   Well, it seems now, apart from the more traumatic, deep sort of emotional dramas I have, there’s a whole network of these kind of other things that I’ve referred to. It’s something that I never really looked at.

Mr Adie:   Yes, still, what is your attitude to it then?

Olga:   Well, I felt afterwards, I felt at a lost because I was trying while I was looking at the curtains, to not get all identified.

Olga:   And, afterwards it seemed, it felt like a loss when I looked back. It wasn’t right, it didn’t correspond to what I was trying to do in that time. I was trying to be reasonable and intelligent about these curtains, and just not push, and this is completely unrelated that popped out.

Mr Adie:   When you say this, what do you mean by this?

Olga:   Well, this, this answer, this quick…

Mr Adie:   It is unrelated, because it’s effortless and just bolts out and cuts me off from any reality.

There are all sorts of signs of it. There must be more than a sort of thought about it. I have to really care about it, but not to get gloomy, on any account. The effort is to give it a just amount of thought, not to identify, make an effort to separate out. In that state, I can try and face the cost, try and understand it.

So, I have to maintain the wish. I can return to that in a certain way by preparation, basic. I can establish something in my preparation; how much I don’t know, but I can try. And then if I manage to make some kind of connection with my intention, maybe it will work, maybe I shall get called and actually see it, or at least see more. I have to feel, I have to care about it, it isn’t something that would go on by itself if it has been just started up by interest, that’s not enough. I couldn’t possibly settle it by merely mental recognition. I have to try and bring my feelings towards it, and in a way, be very open to get that impression because it will always uncover my weakness, my non-presence; it will keep on reminding me.

It will keep on reminding me, because I have that built-in habit about many things, that you’re connected with. Every now and again, something goes not quite right, or something like this, but it never ever refers to you … And yet, there are plenty of times that it does.

Mr Adie:   Maybe if you prepare that, you might be there when it actually takes place so that you actually feel it, with more than just a head interest. But not being gloomy about it. You get cheated, you’ve seen this and at times you’ll account to yourself quite logically, but that’s not enough. You can bring more to it, you have to relate it more.

I can never be told that I am lacking in anything, you see. So, in the work, it’s very difficult because, when I’m told something, I’m inclined to say: “Yes, Mmm. Yes. Mmm?” And on it goes.

So, I look for those signs. Try and see; never go negative about it. Be glad. You need to see it. Whatever happens, you need this insight. It will save you being negative. Someone said the other day that they were incensed with what they saw; it wasn’t the right expression at all. The thing is to see it, and in a way, and there’s something else that’s glad because it sees what it has to see. None of my personality, ordinarily, could possibly be glad about it there, but I need to be there, otherwise I shall be negative?