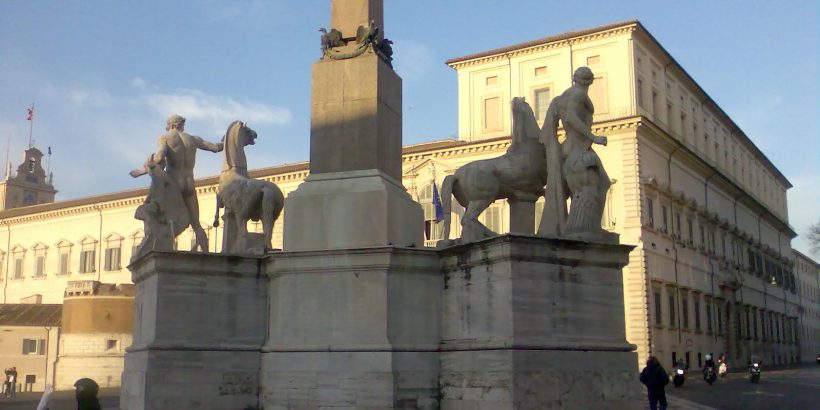 This continues the meeting of Tuesday 28 March 1989. Trey said: “Mr Adie, I don’t think I have a particular work question.”

“What’s impressed me, or how I feel at the moment is, everything that has been said tonight relates to how I came this evening in the sense I felt very identified with, or completely identified with my life recently and have not done very much work at all. And I’ve come here, as I do come, I would say quite often, with negative feelings of wanting to hide of not having done enough work, or done no work don’t  have a question.”

“And you identify with that. That’s all one can see,” said Ade. “It’s the sort of thing: “I haven’t done anything, how awful.”

“Yes, that’s right, Mr Adie. Also, the difference between, what is my ordinary life and what, my life experience when I come here is so strong.”

“We share something different, that’s why you come. But then, alright, share and try and use it a bit, try and try. You see that you don’t. That’s the beginning. What, then, is your attitude to the fact that you don’t? It’s not necessary in our work to stop trying to earn your living, or to run out on fulfilling your obligations, family things and so forth.”

“We’re on earth under the sun, that is the reality. This is our life, we’re planted here, with a seed of a possibility. Our responsibility and our possibility is to use that and increase it; to evolve by this seed.”

“Life is vastly interesting. By now you should be able to come and be different from this, different from the sort of dead boring thing which is dragged in here by habit. You do have interests in your life. Ponder it. They will come to mind pretty soon. Bring what interests you.”

“Then, you have a job and a family, you are surviving, and we should survive. It might tax us a bit, but it provides real material – not fantasy. But then you are sitting here all night like a naughty boy. This is no good. But what does it mean if I come and consider, and even when I get here, I won’t throw it off? There is a prevalent attitude here, and I have to let it go.”

“It requires an effort of will. Something in me objects, “How can I?” But I need to break all the old mechanical rules to get at the work. I have to give up this slavish habit of pretending to be, sort of depressed, also guilty of all this nonsense.”

“Come to this side of the room, because nobody wants anything to do with a good boy. It’s very interesting. But I have to go on trying and be open, try and be open to shades of myself which I don’t understand, which I don’t realise. You are not alone in this, Trey, I am also speak for myself, I can assure you, it’s very difficult to see, but that makes it all the more worthwhile.”

There is a tremendous amount of material in this answer, but I will just isolate what Mr Adie said about the “slavish habit of pretending to be sort of depressed, guilty …”

This raises what I have called “group depression” and “group resistance”, the sort of depression and resistance which a person doesn’t experience until they find a group. These negative features can take the person right out of the way of conscious development, irrespective of whether they stay in the group or not. This is not the genuine medical phenomenon of depression. That is another topic altogether, but I can say I have seen one fairly severe case cured through a mixture of mental, feeling, and perhaps most significantly of all, physical training. The depression I speak of now is a learnt depression, which does not go very deeply, even if it covers the whole of the surface of personality at the time it is being expressed.

Many of the questions we brought to groups with the Adies really came down to this: “I can’t work. I feel a resistance, I’m not getting anywhere, and I feel depressed. I want a quick fix.” This attitude is contagious, as it were. Even when the Adies provided the answer people could not always apply it to themselves. Even when people saw others going around in the same circle, they could not help but tread that circle, too.

As Mr Adie very acutely pointed out, when people first come to groups they are often enthusiastic and willing. Why not? They have been excited by Gurdjieff’s ideas and the thrilling prospect of conscious development. They come asking what to do. But then, relatively soon afterwards, this question has disappeared. “It is as if we have lost the realisation that an action of doing is essential to any real work.” (George Adie: A Gurdjieff Pupil in Australia) We find that it is not so easy as we had imagined, and being told that we cannot do, we take this too literally, too absolutely. And yet without the possibility of being able to do, to attain a projected aim, as Gurdjieff defined it, the method is meaningless (In Search of the Miraculous, p.132).

I had long been puzzled by one chap, who had been bringing his extremes of elation and depression to groups for 30 years. Then I realised that something in him did not want to change: it preferred the performance and the attention of the audience. That is, he brought his questions and observations not to have the ostensible concern addressed, but for the sake of the show, rather like the ritual changing of the guards at Buckingham Palace where the military value of the parade is negligible. The resistance he would speak of is a resistance which takes that form only because he could bring it to a group and be, himself, a tragic problem. Others heard him, and as they became accustomed to his constant wringing of hands, perhaps they felt free to indulge it, too.

I know that something like this happened to me. I had a very healthy attitude about not complaining. This is not to say that I never did complain, or indulge in self-pity, but I had always felt that it was a problem I had to address. Then, after Mr Adie died, I had a good deal to do with a woman I will call Jana. She was like the demonic patron of complaints. She had been in groups for probably 25 to 30 years at that point, and was one of the senior women. Others in the group all said “Yes, Jana’s concerns must be taken seriously.” Not until much later was one of the women willing to concede that Jana was “negative.”

In the groups, it is “wrong” to be “negative.” But what, I think often comes first, is marking a person as not fitting in: and a person might not fit in for any arbitrary reason. Now Jana was not a black sheep, so no one could see that she was negative. I had a feeling there was something wrong (I was very young in those days), and gradually, something in me was not impeded from imitating her attitude. It has taken me a long time to try and repair that part of my past. I never sat down and articulated such ideas to myself: something in me just wordlessly picked this up.

This is what I call “group resistance:” the fact that a fantastic and wrong-headed attitude in the group becomes individualised by an individual who had previously been free of it. I saw it in myself: the prevalence of certain negative qualities in the group hallowed them for me, because this was the group. So too, the prevalence of silly ideas among “group leaders” justifies them. Who am I to know better than Sadie Schmutz from Group 1 in Metropolis?

People frequently brought this observation: “I cannot work, it is hopeless.” The Adies frequently showed what was wrong with that and why it could not be trusted. But people had “learned” in the group that it was alright to bring the question and not to use the material offered. This is an example of “group resistance”.

What could have been done? Well, I think people are kept in groups too long. Why can people not be sent out when they are in a rut, and then, if they can overcome the resistance, they return?

This shows the significance of the fact I have commented on before in these blogs: Gurdjieff did not found the Gurdjieff groups. Ouspensky did, and he was copied by de Salzmann. The idea of being in groups for all of the rest of your life does not come from Gurdjieff. I think he was too wise for that.