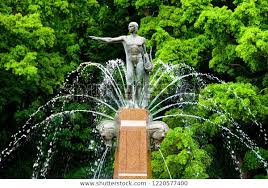 Continuing the meeting of Wednesday 23 November 1988, Kip said: “When I went away on holidays, I went away in a fairly bad state. At the end of the holidays I was able to really get back to doing a preparation every morning and to try and prepare myself for how my relationship was with my wife. But for the past couple of weeks I seem to be doing the Preparation less. I make excuses for it.”

“It’s not that you “seemed” to be doing the Preparation less, you are doing less,” replied Mr Adie.

“Don’t slide past it. What about this “seems” business? Why say “seems” when you are in fact doing less?”

Kip did not answer that question directly. “The agitation that I observed is getting oftener and oftener.”

“What is that agitation? What agitates you?”

“You see, if you talk as broad as that it’s too vague. You want to be a bit more specific.”

“I seem to, well, I do get very agitated with almost everything that happens at work.”

“Alright, you get very agitated at work. Now, the kind of agitation? We are so lazy that we do not think. You say, you’re doing less preparation, then you think less. The whole object of the preparation is that you can think. What other chance have you got? Without some degree of self-remembering, self-consciousness, you can’t think. What goes on is a lot of formatory completely mechanical things. That’s not thought.”

“Existing as I do, I lose the possibility of thought. Automatic ideas come in, and by association, and with the energy that they consume, they go round until some other thing diverts them, some associations might change the line, a lot of energy is lost, and there is nothing to show, except possibly some bad mistakes, especially if I have identified and been subject to any of the lower-quality impressions I received in that time in that state.”

“This is a very precise work now. Surely after what we’re heard over the years, it’s possible to be very precise. So, for someone with as much experience as yourself, it’s no good mixing matters: either I work or not. And I shan’t do that if I don’t struggle to think, and when things are difficult, really put up some resistance, really try. I have good ideas, sometimes, and the rest a lot of trash, perhaps. But do I really seek, search and try and add to the good ideas? Do I?”

“I have a sort of store of higher impressions, better ideas, valuable associations; do I ever go and wait there, in the store, so to speak, listening carefully, and listen? If you don’t work in some sort of way in that kind, what can you expect? I say: “I seem to be this,” but it’s a nothing statement.”

Kip agreed: “I really know the truth of what you’re saying.”

“Yes, you do at the moment, at this moment. But tomorrow, if you happen to not think of it at the first, you won’t know anything about it. It can be quite possible to go and get something and put it in your shoe, you could tie a knot in your shoelace, dozens things you could do to wake up tomorrow morning to remind you, but do you try like that? Try and make a short programme for an hour or two. Try. See what stops it.”

The next question was from Dot: “I have been trying to find what I have expressed, to sense in my face and feel what I express. And I have giving it thought but not enough.”

“What have you come to?”

“That I express a lot of negative imagination that goes on during the day.”

“Yes. You express negative imagination, but did you see of what kind?”

“All sorts, I express things, thoughts … associated thoughts a lot.”

“But you don’t express associated thoughts with your face.”

“The thought comes into a feeling.”

“What you express is the result of the emotion. You can’t express the thoughts on your face. I mean you could get cross at a dozen different things, but a person looking at you couldn’t tell what you were cross at without knowing some of the circumstances.”

“Well, I’m irritated a lot, I’m impatient … I’m very tense and sitting here tonight, I thought what you said to Gascon about writing down would be very valuable to me because I see a lot of things and then forget.”

“Yes, good, so you think that writing down will be of use?”

“Yes, I realised one thing that very much colours my day, is that I try to keep everything up to date and the house nice. And, actually, I think sitting here tonight that I do it because I seek approval. As if I wanted someone like my daughter to come home and recognise it.”

“I just wanted to spit it out,” said Dot.

“Yes, but let me help you focus. Isn’t it important to see that you think your face expresses your thoughts? It can express a gloomy state or, other states more crudely, but it doesn’t really express your thinking at all. It may express fear, but it doesn’t express the conjecture that the that man is going to go and get a knife and stick it into me, if you had that thought, for example. The struggle to write down after a preparation is most valuable. But of course it’s a struggle, you find you have written something, maybe you want to cross it out at once, but it doesn’t matter you go and try, and try put down something.”

“You may find you’re putting down things which you can hardly remember thinking. Then something else comes. We aren’t aware of all the forces running through us; all the impressions, forces of different levels, there’re all passing through us, only if we be quiet. You know how Jacob Boehme’s disciple asked him how he could hear the voice of God speaking to him? His reply was, “If you could cast yourself into that nothingness and cease from your struggling and thought, you would hear Him.”

“Well, by trying to write down something, this is precisely what you do, you try to remember something specific, and not sort of agonise because you can’t hear God’s voice. I can agonise over anything. It’s very natural that you want to have a neat nice house. I don’t have to agonise over that. It is relatively harmless if some else sees it; it would be rather lonely life otherwise.

But then, your state when she looks at it, what about that? Have you spent too long, too much energy, and are you disappointed at a lack of praise? And what do you really want? You need to write it down. Maybe you’ll say “No, it’s not that.” Then have another go, How otherwise? You couldn’t expect anybody else to do that for you.

You have to give some attention to your writing, it puts a spoke in the wheels of the endless dreaming. If you’re lost you’ll find yourself not even forming the letters. And then to write neatly brings another demand. And you wish to write for yourself, and you suddenly find that you’re writing to somebody else or telling someone else what to do. Or maybe it turns out that you thought it was addressed to someone else but really you were writing to yourself. See what comes out of it. This would be a good work for everyone.”