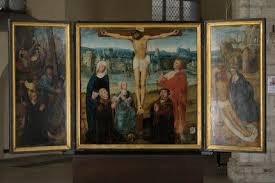 This continues the meeting of Tuesday 8 October 1985 with Mr Adie. Ainslie said that at the Sunday work she had been trying to stop dreams by sensing her hand. “Are there other ways of stopping thoughts?” she asked.

Mr Adie replied: “There is so much to be learned, to find out about it. We have a machine, part of the thinking machine is mechanical in its operation, it receives impressions, and these keep the motor going, and that proceeds. You can’t really understand that unless you begin to experience the three centres simultaneously.”

“You can approach a donkey, you see at one end, “Yes, that’s the nose,” and walk around to the other end, “Yes, that’s the tail,” and you can scrub its belly, and then you know what a donkey looks like. But you don’t understand anything about the character and nature of a donkey until you get on and try and ride it.”

“It’s the same thing here. I need to see my wandering thoughts, because they influence me. They are servitors that come. You cannot have a totally related, connected machine, with all its complicated parts, and one part starts to work faster or tenser without affecting the balance of the whole thing. So the possibilities of unexpected changes and occurrences are almost infinite.”

“The good thing is that something in you is willing to try and stop. The first step, however, is not to quickly do something to stop the thoughts, so much as to see what the process is. Try and experience it more deeply first, and understand the uselessness of it, and also the use of it, because the proceeding of thought can be useful.”

“I have to be there in order to see it, but if I can see it, then everything starts to go differently because I am there. The useless things fade out, because they can’t stand the light of my presence. They can become very faint. There are some specialised kinds of thoughts which are rather injurious, negative kinds of thoughts sometimes, things that we recognise at once don’t do us any good, and we get invaded by them. These, if we see them, we can, in a moment of preparation, a moment of quiet, having prepared myself to be present, I can confront them. If I find I am slipping into them, I stop and clear myself, and then when I am ready again, then or another time, I bring them back again. So I am present to that process. And I understand it, and I see how it is based, and it loses its power.”

“So it’s a very complicated but possible process, we’re actually developing power over what happens. I shan’t develop much power until I begin to understand, and it’s very good that I don’t develop that power prematurely, because a person who has no control over their turning thoughts could commit five murders a day, perhaps. You see what I mean? So try every way, there are all sorts of ways, and the best way is the way you find out for yourself. Concentrate on parts of the body, the speed of how you are doing something, why you are doing it, whether you are doing it well, the thoughts with that. What interferes with it? Your breath: don’t interfere with the breathing, but you can notice how you are breathing. The rhythm. The degree of hurry. Once you start working you try and make connections.”

The next question was from Bob, who said that on Sunday he had no inner movement, even when he had an aim, and yet the theme for the weekend work matched that aim.

“Well, stop there for a moment and digest that,” said Mr Adie. “You spoke of an “inner movement.” What kind of inner movement? You mean an inner response, an inner life, an inner awareness, a more vivid sense of reality?”

“Yes, being active as opposed to being passive.”

“Yes, one feels an active life,” said Mr Adie. “But our work has to become intentional. Now and again, everybody will have such moments, by accident. People accidentally get balanced, they aren’t negative, but the sun is shining and they haven’t just lost their purse, they haven’t got a vendetta, it just happens at that moment they begin to feel something.”

“But our work is to obtain that by work. This explains why we talk about intentional suffering, which sounds at first saying rather an unwanted kind of experience.”

“The automatic parts of me are lived, as a momentum attaching to me when I am identified. To separate them from their customary meat, to expose them, is a certain suffering, because I have to give that up. Suppose I am used to reading the newspaper every morning at a certain time, it is quite a suffering not to do that, particularly when you would like to know what the score is at Lord’s, or who is going to go into gaol, or whether they’re going to get out, or how many people have been found alive or dead. If that is part of your plan for the day, then to put that aside irks you.”

“But you have put it aside in order to do some such work. There’s plenty of opportunity, especially as you are so busy planning successful sorties into foreign countries, and making representations and all the rest of it. All sorts of things are completely automatic and some of them can be denied. But if you haven’t been working like that, then you can’t get very much when you come. But you come with even a little work done, it makes all the difference.”

“But now, you were talking about the weekend, and why you found it rather sterile. I have tried to answer that. I am not sure it was entirely wasted for you, perhaps it is having a noticeable effect now.”

“All the answers lead us back to the need for an effort. Try and understand what that effort is. As we are never there, we never understand, not really understand, except at these special moments, and then for a flash we understand.”

“The state changes utterly. Take a friend with whom you have had some lengthy association. Then some nasty row arises, and you produce some hearty appeal, and it’s completely repulsed, it isn’t seen, it isn’t spurned, it is utterly wasted, it does not go in. The absence – complete absence of that aspect which you tried to touch. We are like that to life. That’s how we are. Before you get there, work. And when you are there, work. Good.”

As a personal aside, I am stirred by the casual poetry of that last comment: “Before you get there, work. And when you are there, work.”