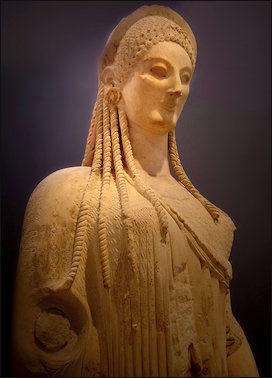 This is from the meeting of Wednesday 22 February 1989. The first question was interesting only because it was asked: “Is it possible that identification is connected with my negativity?”

Mr Adie replied: “Of course, one depends on the other. If you manage to, try and centralise yourself a bit and not identify, your negative emotion will be much less. When you get identified, you’re like a drain with energy rushing out. It’s being sucked out of you, you turn, and give yourself to the thing. But if you just notice that and just try and contain yourself a little, not a great deal, but a little, and say “Yes, alright, in time now,” you might keep a little energy. Try that. We’re talking now for this hour: during this time just keep quite relaxed. It’s a job for all day and all night and every time I’m awake. But if I can even remember this, everything changes, everything.

The next question was from Ted, who asked: “My question is, whether it’s possible to be identified with something without knowing that you are identified?”

“That’s the state you’re in nearly all the time,” Mr Adie replied. “Nearly all the time you’re not really conscious of anything; you’re just in imagination being pushed around. See, to know something, there has to be a knower, someone that knows it, and someone who knows they know; this is the point. When that person knows they’re not there, there is a chance for the appearance of that centrality, that collection of force. Otherwise, you are just nothing, swallowed up in identification. All the people walking in the streets, all the people making millions and twisting each other, and having wars, and going to concerts, there’re all nothing. All lost in imagination –  more or less, more or less.”

“I’ve seen something in myself, which is very deep, ambition, and as a result of that, I have said to myself there’s no need to be negative, and I should accept the world and people as they are,” said Ted.

“Ambition, yes,” replied Mr Adie, “but I don’t quite see the connection between your ambition and your ability to accept and be more impartial. Is there a connection there, or have I misunderstood you?”

“No, that’s what I said.” However, Ted did not make clear what the connection, if any, was between his ambition and his acceptance.

“Anyway, what is it now that you wish to come to, to understand more? It’s very important you make the right connection, from what you say.”

“Over the break there have been times,” said Ted, “when I was able to say, to see an all pervasive negative approach.”

“Well, you find yourself in a very negative state, but when it’s all pervasive you don’t really see it; this is the thing. You only see it as you begin to come out of it a little.”

“It seems now that I’m able to be much freer, to be present.”

“Good,” said Mr Adie, “then you need to be present to understand that; how you get it, how it takes place, how to bring it back when it goes, what you connect it with. It has to be connected with three centres. It has to be connected certainly with your emotional centre, you have to be able to have some feeling, otherwise you’re just a thing. You have to have thought, with some control about the thought, so I have to be able to see how the thoughts arise, or at least when they arise.”

“So, I get an idea. And now you know that if you don’t have access to any conscious thought, you’re lost at once. Feeling follows thought, the impulse follows. But if I have not had any thought at all, then I can awaken to find that I have done a ridiculous thing just because I hadn’t thought about it. If people take some thought before they act, as they sometimes do, they don’t make such big mistakes, generally. They may make mistakes from one point of view, because they can’t foresee the future: I am speaking about profit and loss and that sort of thing, but in general as far as their being is concerned, they don’t make so many mistakes.”

“If we try to think seriously, we ponder. And what is the essence of pondering but to be present in order to try to understand something which I propose for myself? I can think about anything, provided only I observe myself, I am there.”

After a pause, Mr Adie added: “In the state of pondering, part of my energy is purely for my own state. Now, some is allowed for action if you like, and that includes thinking, directing my attention. But the main point is for myself; that way I cannot be swayed so easily.”

“You wonder about the connection between the ambition you saw in yourself and the acceptance of other people you had found? When you have relatively more being, you are separated out from your manifestations: you see this infernal ambition and you see this rejection of other people, and that brings you some freedom from it. Come back to it, see what other people say, everybody has got crises in their lives.”