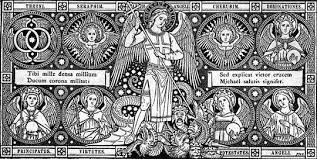 The word “snug” – “comfortable, lying close and warm” (Skeat) – comes from Scandinavian words which meant “smooth” (as in smooth wool or hair), also “short-haired” and hence “smooth” or “trimmed.” A Danish cognate means “neat,” “smart,” and “tidy.” When it entered English, it appeared in several dialects with slightly different meanings. This makes sense, if it entered early, because England of the invasions was home to many different tribes and clans with their kingdoms and territories.

However, the original meaning in the English language, attested around 1583 was as a verb meaning “nestle,” and soon “to make comfortable and tidy.” By 1595, the adjective was present, meaning “trimmed” and “cropped,” and seems to have been used in a nautical context of ships. The sense of trim and tidy also fits in with the meaning of “perfect order” (Skeat) and “well-ordered,” (Partridge).

It is a beautiful word: there is a huge difference between being ‘snug and warm” and being “comfortable and warm.” It is both evocative and subtle. I think the big difference between “snug” and “comfortable” (in this context) is its overtones of being warm and fitting in well. It is an example of how a word which has one set of meanings can acquire a new value and poetry, like a stone which is smoothed and beautified by being rolled in the waters of a stream.

From here, the word came to also mean “a projection or ridge cast on a plate, bolt, etc. in order to keep something in position, prevent rotation, or for some similar purpose” (Shorter Oxford Dictionary).

But I think the most important development of “snug” was to refer to when people or animals “lie or nestle closely or comfortably, esp. in bed; to snuggle.” From there comes the word “snuggery,” meaning “a cosy or comfortable room, esp. one of small size, into which a person retires for seclusion or quiet; a bachelor’s den … the bar-parlour of an inn …” (SOD). A man named “Snug the Joiner,” as in Shakespeare’s Midsummer Night’s Dream, is going to be amiable. It would not be an ideal name for a villain: we would keep sympathising with him.

Although it is no part of the original meaning of the Scandinavian words, I wonder if the development of the word was not projected by two things: the sound of the word (it is very euphonious and corresponds to the meaning of nestling warmly); and the attraction to the human soul of order. A word which means order will more readily come to mean comfortable, warm, and content.

Philology is an interesting study: often the work of the scholars is to look at old texts which use a word, and then to sit back and ask: what is the common meaning which all of these words have? It is often hard to be sure that one’s conjecture is right. The best one can hope to do is to explain all of the instances of the word which appear. It is easy to get it wrong, and in particular, to be led astray by knowing of roots which are similar, and then trying to find a place for those in the pedigree of the word under study. Chambers speaks about words cognate with “snug” meaning “contemptible,” and “base,” but I cannot see that these are relevant. I have noticed that Chambers sometimes has a weak nose for what is pertinent.

And this brings us to the word “order.” It comes from the Latin word ōrdō, -inis, a masculine noun basically meaning “a row, line, series, order, rank.” It was used in the army for ranks of soldiers, and hence came to mean a band or troop of soldiers. The meaning of a captaincy or command probably developed from that.

Ōrdō then developed a figurative meaning of “rigid order,” and “regular succession” As an adverb, it was used to express, “turn, order, succession, regularity.” The relationship between the nuances of “order” and “regularity” goes right back to Latin.

Lewis’ Latin Dictionary for Schools derives ōrdō from a root which he terms 1 OL-, OR, originally one with the root 1 AL-, AR, meaning “grow, rise.” Other cognate Latin words are then orior (to arise), abortus (an untimely or premature birth), origō (a beginning), and a conjectured word *olēscō from which we take words such as adolēscō (to grow up, ripen), indolēs (an inborn quality, nature), and prōlēs (a growth, progeny).

The connection between the concepts of “growth” and “ordo” is apparent, not only philologically, but also philosophically; order facilitates life and growth, chaos facilitates death and destruction. When Nietzsche said “You must have chaos within you to give birth to a dancing star,”( “Man muss noch Chaos in sich haben, um einen tanzenden Stern gebären zu können) he had it exactly wrong, at least in the popular interpretation of his words.

The underlying order and regularity is a critical element which makes it possible for life to come from a process of decay. It is not the chaos that helps us in our internal lives: we do not embrace the chaos, but rather we accept the fact of the chaos, and we resolve it by a new birth a new life. That is, we introduce the third critical element: the conscious response. So birth assumes order, and it produces a new order.

I was a little surprised to open the Concise Oxford Dictionary of English Etymology, and find that the entry “order” began with this: “A. rank of angels; grade in the Christian ministry.” It also means a monastic society or fraternity. An “ordinal” is the book of divine service. The association of angels and clergy with order is perfectly consonant with reason and sense.

The nine ranks or “choirs” of angels are organised in a triad of triads: Seraphim, Cherubim and Thrones; Dominions, Virtues and Powers; Principalities, Archangels and Angels. The history of the nine orders of angels and its relation to the Law of Three is a fascinating study in itself.