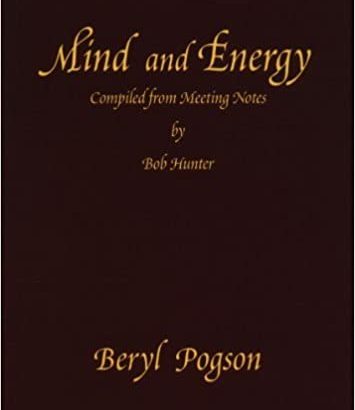 And now we come to heart of this book. Pogson produced a diagram of accumulators, associating the intellectual, emotional, and moving/instinctive centres, with the large accumulator on the right hand side, but on the left hand side, with “Pituitary,” “Thyroid,” and “Adrenal” respectively. She states:

It is not clear whether the comment in brackets is from the editor or from Mrs Pogson, and there is no explanation there or in the preface; but this important comment is that the diagram she produces is more accurate than the one at p.237 of The Fourth Way. This suggests that all the information in the diagram, including the pituitary gland being linked with the accumulators of the intellectual centre, etc., also comes from Ouspensky. Further, the fact that there are more than two accumulators with each centre, is known from transcripts of Ouspensky’s groups. That the thyroid is related to the accumulators for the emotional centre is significant confirmation for me of something Mr Adie had said, and which I had found for myself in the contemplative exercises. Pogson continues with more practical information:

In balanced man, all the centres are working rightly and he will not be easily tired. But people don’t live in balance; they use one centre too much. If you have been working hard in intellectual centre and haven’t evened out the energy expenditure by, say, going for a walk, you may not feel quite right. You may have a restless night, or a dream. (61)

Then, she makes an absolutely critical point which I have never seen elsewhere: “Emotional centre uses its energy early and unless you go into another centre you soon feel tired.” (61, my italics) This explains why the mornings seem so much brighter and more vivid, and suggests what we can do to keep that emotional halo during the day.

Pogson then says that when you need the energy of the big accumulator, it will supply it. She points to nursing, looking after children, studying for exams, and during the war. Note that these are all constructive purposes, and that looking after others or oneself is something we have a feeling for. She then adds the critical point: if one is under the influence of negative emotions then one is not remembering oneself, and cannot obtain access to the accumulator. Now, this is even more important:

Mr Gurdjieff speaks of or cosmic duty to create a very fine energy needed by conscious humanity. When energy is created, perhaps by group work, some of it is used in what we are doing and the effort we are making, some we may keep if we know what to do with it, and some goes into the eternal accumulator; this can be used for the redemption of humanity.

He explains that a certain substance arises from physical death and also from conscious dying to oneself. If not enough of this substance is being made consciously, many deaths are needed. When you see deaths on a large scale, such as in wars, it means that the consciousness of the world is in a low state. If more people could act consciously, the world could be redeemed sooner.

The higher in scale a person is, the more energy is released upon either kind of death. The saints in dying to themselves or in dying consciously would release much of this energy. Christ could release so much that it would maintain Christianity through its era. (62)

The only other pupil of Gurdjieff I know of who had this knowledge was J.G. Bennett. But what she says goes a little further in some respects. I am not saying I am sure she is right. She may be, but I do not have the means to tell. She is more clearly correct when she says that story of the loaves and fishes refers to an energy coming from Jesus himself. (62) But she is wrong to call it a parable: it is evidently not; and it is more than just about the energy which came from Him: it also refers to a fact, and is presented that way in all four of the Gospels. Once more, I think she is right to say: “The bread of life is the symbol of the energy of consciousness, this divine substance which can nourish everyone who asks for it. But he must have an empty place in which to receive it.” (62)

On p.64, some interesting comments are found, which I shall link together: “You have to work for (energy from the accumulator.) If you have a little yourself then you can get more; if you have nothing, you can’t. … People all over the world can walk into a sacred place any time. They walk in and come out again unchanged. … It always depends on this – they must have something within them. You may have a very great desire; then you may receive something. … You must have a cup in which to receive, and so much of the Work is about making this cup.”

The next post shall complete my review of this book.