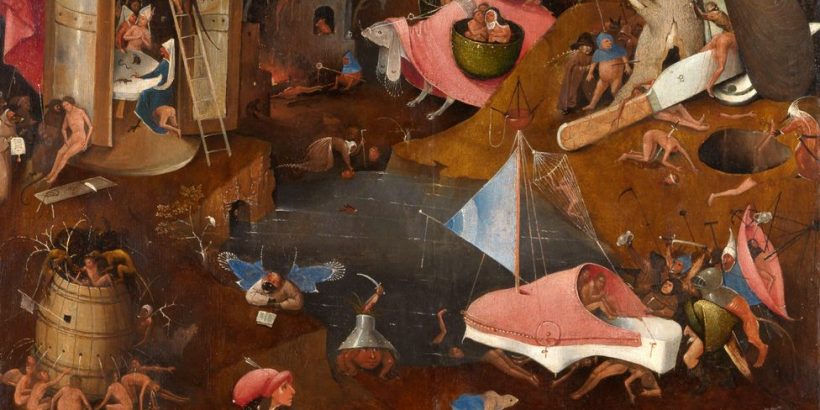 Why study negative emotions at all? Any answer better than “curiosity” must depend upon my aim. Without a good conscious aim, even the desire to become free of unpleasant emotions is not enough; after all, one can deny them, suppress them, or use artificial means like alcohol or chemicals to become oblivious to them.

But if I have a decent aim, e.g. to be a worthy father, or not to die like a dog, then as my understanding of that aim deepens, so too does my understanding of the struggle with negative emotions, and vice versa. If I have a good, serviceable aim, then I wish not just to be free of the bother of negative emotions, but to use them to help me remember myself, to be more conscious, to hear the voice of conscience. This is a good reason to aim to thoroughly understand and to transform them.

There is also another reason to make a study of them: that Gurdjieff said that we suffer from them, and that while we are subject to them, our being can never develop beyond a certain point. Gurdjieff may or may not be correct, but I think his proposals are at least worth considering. And of course even a theoretical study of negative emotions will not get far unless it is also practical: theory itself shows us that it can only go so far until we are out of the power of these emotions, and that needs practical work. To reiterate this, perhaps more clearly, until we begin to come free from negative emotions, their very dominance prevents our intellects from working properly.

So, how do we struggle in a practical way with negative emotions? I see at least three substantial difficulties: first of all, recognizing the negative emotions; second, ceasing to justify them when we do see them; and third, knowing how to deal with them.

Part One: What Are Negative Emotions in myself?

The first issue, recognizing them in myself and not only in theory, is not at all straightforward, but it is essential: imagine being sent to search for something unknown and of which you only had the vaguest description. So both are needed, a theoretical idea which enables us to start, and so grapple with them to the point where we have a practical knowledge of their taste.

It is noteworthy that nowhere in the Gurdjieff literature are many examples offered of what negative emotions are. We are simply told that they are emotions of anger, hatred, violence, fear, and depression. But we are given an important principle which is actually a better clue than any abstract nouns: we are told that we can recognise them by contrast with positive emotions in ourselves. In more detail, we are told that while some centres are divided into positive and negative parts, real emotions are positive, and not negative. What we know as negative emotions are not real feelings, but a sort of illness produced by our mis-education. The energy of the instinctive centre is taken, so to speak, by identification and negative imagination, and a sort of false centre is produced. But being a construction it can be disassembled.

So, perhaps we can say that negative emotions are those emotions which cause me to forget myself, to perceive less, to become even more identified and under the power of imagination. They are emotions which lower my state. They usually drain me of energy, sometimes explosively, although some of them like anger initially fill me with energy. Perhaps it is more accurate to say that they leave me unable to control the energies available to me, so that even if I have an access of energy, as in anger, it controls me. In a word, negative emotions are inimical to my being. Perhaps no more precise definition is available: from here I must proceed by experience.

This explains why it is so hard to give a list of negative emotions. But let me offer this as something to at least discuss. I list only twenty five, although Ouspensky said that there are “forty thousand” of them.

Considering this, the difficulty of defining negative emotions by nouns and adjectives is apparent: there are occasions when criticism is justified. In fact, part of the reason we have negative emotions is because, as Ouspensky said, we do not have a sufficiently critical or negative attitude to them. Also, sometimes we are guilty, and it is as well to impartially acknowledge this: but I want to feel remorse of conscience (a positive emotion). I realise, intellectually, that I am guilty, but I feel remorse. Guilt, the ongoing and potentially crippling emotion, is a negative one. There is such a thing as righteous anger, but it is very rare. In fact, it is so rare that when one does experience it one realises with a surprise that is almost a shock that the feeling which comes with it brings compassion for the object of that anger, and not a desire for revenge. Some things should be hated, such as injustice: but when one hates them without negative emotion, there is no self-righteousness, if anything, there is an understanding that “there but for the grace of God go I.”