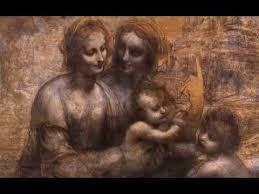 Gurdjieff brought a concept of “work on myself.” Not just learning something, not just going out and doing something as instructed. He insisted that before any new knowledge or action had significance and was not just a novelty, I needed to work on myself so that I am prepared to benefit in a substantial and lasting way from what I learn and do. Gurdjieff understood work as a definite effort in a definite direction for a definite aim. Perhaps even more important than that, because many people react when they see the word “definite,” is the idea that it is work on myself.

I recall the first time that I read a piece where Mrs Staveley stressed this. It produced a shock in me: that is, it momentarily stopped the mechanical processes which were proceeding within me. It still has something of that effect in me.

What I have been noticing more and more over the last year is that many of my efforts have not comprised work on myself – they have been efforts to increase my knowledge. I have to admit to myself that this is true: something in me is identified with what I know. Mr Adie used to point out to me that the first problem is that we do not know as much as we think we do, and that includes me. I may think that I know a lot about something, other people may implicitly confirm that for me, and it is very sweet to hear people praise me as learned. But those people know little more than I do, and as soon as we speak about knowledge on a large scale, none of us know much.

I am sure Mr Adie was correct, and the longer I have lived the more I am sure. Sometimes, even when remembering events from my own life, I have realised, again with a shock, that things I thought I had understood quite well – things about my own family and my relation to them – I did not understand at all because I had not been able to see some matters which are more significant than “the facts” which I had thought I knew. I do not think it would be right to say too much too personal about this, but let me speak definitely without intimate details: there was a person whom I thought I understood, at least in some respects from some perspectives. Then, I saw what I had never realised before: that this person was more in essence than in personality. The fact that this person was more in essence than in personality had been a far greater influence on me than I had every suspected. This means that the entire dynamic of my upbringing was quite different from what I had imagined it to be.

So that is the first thing: our knowledge is not the knowledge we think it is. But the second thing is the one I began with: rather than working on ourselves, something in us gladly acquires this knowledge. The third thing is that this knowledge is useless for any worthwhile purpose until I start to work on myself. An analogy might be a person, let us call him Cain, who cannot now read, is taking reading lessons, and while taking them starts to purchase books. Cain takes his reading lessons very seriously indeed in that he goes to classes where he learns about different books which he intends to read and then goes out and buys them. But he spends so much time purchasing the books that he neglects the actual work of learning to read. His teacher tells him to spend more time on the reading lessons, and not to worry about acquiring more books. However Cain says: “These books will be extremely useful when I can read. They are in fact the very point of the lessons. If I cannot purchase the books, there is no point in taking the lessons.”

I could pursue that line, but the question is: what is the alternative? The alternative is work on myself. To see myself as I am, where I am identified, where I am trapped in a circle of fears, anxieties, formatory thinking, and so on. I am often not even able to see what my body needs and to deliver it. If we are going to speak about awakening to reality, then just consider what it is that we feed our body.

Bennett reports that, in 1949, Gurdjieff remonstrated with him: “Never once I see you struggle with yourself. All the time you are occupied with your cheap animal.” (Witness, 217). Gurdjieff also spoke to Bennett about “working to avoid work” (Witness, 173).

The formatory intellectual approach to the work can very easily, perhaps in fact always is, “working to avoid work.”

A particularly dangerous form of this, for people in the Gurdjieff tradition, is what is called the “traditional school.” For some reason, the roots of which I am not quite sure of, many in the Gurdjieff tradition have a high regard for the work of Ananda Coomaraswamy, Rene Guénon, Frithjof Schuon, Mircea Eliade, and so on. They are interested in the writings of Teilhard de Chardin and collect “Sufi” and “Hasidic” stories, and so on.

I am not saying that these things are of no value, I am saying that they are of no relative value compared to working on myself. For the record, I am of the opinion that while there may be something real in some Sufi and Hasidic currents, there is nothing at all of any value in the writings of those I have mentioned, rather quite the opposite. Their writings are like drugs. I would even say that they are part of kundalini. You know the parable in In Search of the Miraculous where the magician hypnotises his sheep and tells some of them that they are eagles, and so on. That magician works, in my opinion, through the “Traditionalist” school of Guenon and Schuon, and fantasists like Teilhard de Chardin.

There is, in my opinion once more, far more value in those who approach the spiritual indirectly, in artists like Leonardo and poets like Hopkins. They, at least, realised that they generally lived in a fog of impressions, and sought to awaken their senses and through this, to come to an internal sense of the holy. But this is not something to luxuriate in, it is a clear glimpse of light which shows us the need to work on ourselves.

So when I work on myself, what do I work on? I don’t take a scalpel to my skin or reroute my nerves. But I do, for example, have attitudes. What are my guiding attitudes? Where are they right, and where are they wrong? When I can answer that, then changing my attitudes by changing my thought and the related feeling (feeling follows thought, as Mr Adie reiterated). I think that  there are clear examples of attitudes we can change, and which will comprise work on myself: attitudes of self-pity, justification, and blame.

I can work on myself by seeing what my repertoire of negative emotions is, and making them passive. As I have suggested above, an important aspect of myself to change is to displace my formatory thought – it has a legitimate place, but it is like grass which invades areas it should not be.