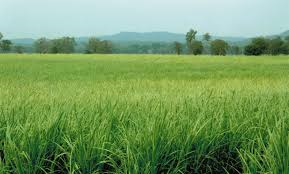 The Sydney Morning Herald’s weekend edition of 17-18 September 2016, had an article titled: “Dramatic changes needed as childhood obesity normalised” (pp. 8-9).  Sadly, one in five children in NSW now “qualifies” as overweight or obese. Harriet Alexander states: “The proportion of overweight Australian children has doubled since the 1980s, their waistlines billowing in a new age of convenient fast food and sugar-loaded drinks, couch-based entertainment and growing anxiety about stranger danger and busy roads.”

Then, on p. 9 she reported: “… research has emerged to show the sugar industry paid scientists in the 1960s to play down the link between sugar and heart disease and promote saturated fat as the culprit instead …” The conclusion was that: “… five decades of research into the role of nutrition and heart disease, including many of today’s dietary recommendations, may have been largely shaped by the sugar industry.” Some of the scientists who accepted the bribe were from Harvard: so academic excellence does not lead to probity.

On page 6 of the same paper, the same day, was an article: “Artificial sweeteners research soured by conflict.” The burden of this article was that: “Industry funding into the safety of artificial sweeteners is nearly 17 times more likely to deliver a favourable result than independent research …”

It is hard not feel anger. But it is necessary, nonetheless.

Those of us who genuinely care about the health of children realise that we are opposed by people who are either slaves to greed (the industries), slaves to their addictions to sugar and sweet food, or to their selfishness (“I love to see them smile when I give them sweets.”) The last sentiment was seriously proposed to me by a woman who notorious for her selfishness. No matter that what she was giving the children was poisonous. She felt better for it. Although the woman was deep in hypnotic sleep, the sentiment was despicable. All you have do is think about what you’ve said.

And when I delivered a sermon on greed in which I mentioned sugar, many people thanked me for weeks afterwards. But two or three complained: not to me, to others. They never said I had made one error of fact. They just didn’t like the message. And guess who was listened to? The message, the important message which could help the children was pushed aside because of fears that I was “insufficiently pastoral” or was a “danger to the parish”.

What further comment can be required? Get rational. Stop eating this poison and do what you can to stop its spread.