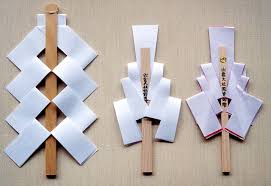 Jimmy said that he had seen his nothingness. He had been trying to work out where he should live, and realised that he did not even know how to think about the question. It had touched him, even perturbed him, but from what he had heard Mr Adie say tonight, he now understands that what he thought was so terrible is not really.

After a pause he continued: “But the very thought of nothingness brings something else with it. It is really a denial of what is, a denial of the creation. Don’t forget the stick with two ends: one end is nothingness, the other end is creation – everything that is. The knowledge of this stick with two ends is marvellous. It’s a tremendous insight.”

“I remember many years ago, it was my birthday, I was in my office. And in the middle of the morning I had a call, to tell me that my dear youngest son had been assaulted by some wretched sex maniac. I stopped for a second, and I saw quite clearly: there was a stick with two ends. What was necessarily at the other end? It was clear that there were possibilities. And so it all came from that.”

“I dashed home, put him in a bath, and then took him down to the scene of his suffering and joined in it. Went right through everything with him, so that he was not alone with that. Whenever the thought of this returned to him, I would be there with him. And so, I don’t think there was much damage. There was a stick with two ends.”

“One has to learn about things. He learned it in a very undesirable way. But with the action which I was helped to take, he didn’t suffer. Nor did his brothers, because we gathered together afterwards, and went over things together.”

“You know how people are supposed to be too embarrassed to talk to their children about things? Well, we were able to talk about them.”

There was a further pause.

“A thought comes to me. But is it a real thought? Is it true? How can I know?”

“By my state. Immediately I must enquire as to my state, and then I can have a fair opinion as to my mental processes. A real thought will lift my state. It will bring me closer to feeling. It will activate me.”

“We have the possibility of changing our state through the work. This is such a boon, we don’t realise it. Things are going badly, and the work conveys a possibility of transforming a negative state into a positive one. Relatively. Could one ask for more from any kind of theory than that? The ability to change misery into … into what?”

“Yes, but not just a balanced state.”

This is typical of how Mr Adie would think. When someone had done something unfortunate, or made a row, he would often prepare some other type of event to follow. He said on more than one occasion, words such as because that had happened, now something else had to, or because he had said that, he now it was good that he said this. The two ends of the stick already exist: you don’t have to invent something. But after a row, there would be an expectation, sometimes an apprehension. Adie would work with that.

I have asked myself: what were the two ends of the stick here in his example? One stick was clearly the boy’s suffering. The other end was the child’s heightened emotional state. Adie would now tie to that end of the stick his own presence and that of the boy’s brothers.

Is it any wonder we love him?