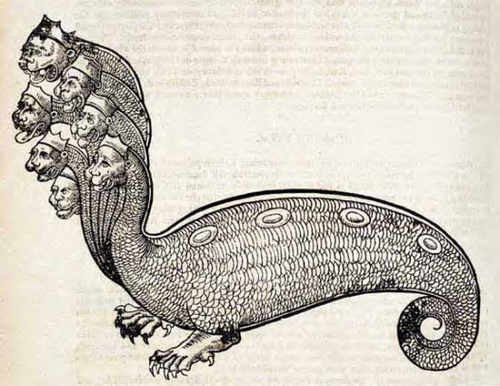 First, what does the word mean? The Shorter Oxford English Dictionary says that the root, ”hate,” has the primary meaning of “to hold in very strong dislike,” “to detest” and “to bear malice.” It then has a secondary meaning of “to dislike greatly’ and “to be extremely adverse.”

The SOED then states that “hatred” means “the condition or state of relations in which one hates another” and “the emotion of hate.” It also has the senses of “active dislike,” “detestation,” “enmity,” “ill-will” and “malice.”

The word “malice,” by the way has the primary meaning of “badness” and “wickedness,” and the secondary sense of “active ill-will or hatred.”

As ever, Skeat sheds a great light on this word. He states that there is a theory that it comes from a Teutonic base HAT, connected with the word “hunt,” which means “to pursue.” If this theory is correct, then it would underline that the word does not just refer to any dislike but to one which is translated into action and pursues its object.

That then, is the strong and original sense of “hatred” in English: it is a degree of dislike so great that it amounts to an active emotion in a person’s heart.

Such a word should be used carefully, but it has been used too carelessly, and so the borders of the word have started to become blurred, with sad results.

This becomes evident when we turn to the seventh edition of the Macquarie Dictionary, published this year (2017). As the SOED does, it gives the primary sense of “hate” as being “to regard with a strong and passionate dislike,” but then it notes that it also means “to be unwilling” as in the phrase “I hate to do it.”

Then, it lists the sense of “devoted to expressing resentment or dislike,” and offers as an example the phrase “a hate session.” It also has the phrase “hate-speech,” which the SOED does not, and connects it with the vilification of certain groups.

The word “vilify” is also interesting. It hails from the Latin “vilis” meaning “of low value,” “cheap,” “common” and “base.” But, like “hate” it also has strong and weak senses, except that here the original sense of “to lower or lessen in worth or value” is the original one, and the stronger nuance of “to defame or traduce” is later.

So, the word “hate” has started to merge with the word “dislike.” There should be little confusion in ordinary usage, as the context should inform us of the nuance which is intended by the speaker. Unfortunately, this is not always the case, especially when one wishes to employ the word “hatred” for political or ideological advantage.

I believe that the concept of “hatred” is being indiscriminately and unwisely used in modern society. I have no sympathy with pedants. As a child, I suffered from mindless pedantry, and I wish it on no one. As I grew older, and saw that the meaning of words changed over time, I felt that the meaning of words could not be artificially frozen. But this did not mean that each word was infinitely plastic, or that one should not aim at precision in speech and writing.

This is not a contradiction: there comes a point where a word like “nice” for example has changed its popular meaning, and it is foolish to try and score points, or to humiliate one’s children for not knowing the original sense of “fastidious.”

When someone whom one has a duty to help out uses a word incorrectly, one can inform them, politely, and discuss it. Sometimes we will learn that a new sense has appeared. This may just have to be accepted. But it can only help someone to know the primary meaning.

In the case of the word “hate,” paying attention to its original sense and how it has been diluted, has the advantage of showing what has been happening in the public forum.

It should be obvious that a person who does not favour the proposed amendments to the Marriage Act does not necessarily hate anyone who is not heterosexual: some gays oppose it! People may believe that this legislation will see the introduction of polygamy into Australia, and believe that this would be bad. And I would agree that it is a legitimate concern. Once the idea gets around that marriage can be whatever we want it to be, where will the non-arbitrary limit be drawn?

The idea that to not want to change the legal definition of marriage is to hate anyone is patently stupid. Why is marriage a sine qua non for the enjoyment of life or human rights? Many heterosexuals who could marry do not. Does that mean that they have fewer rights? Or that their relationships are less to dear to them? I believe that the exclusive commitment of one person to another is better than promiscuity, even for gays. But does that necessarily mean that if I vote against any proposal to change the social institution of marriage I therefore hate any people at all.

Yet, many people, especially in certain sections of the media refuse to acknowledge that one can oppose the legislation and yet love gay people. I do not believe that they do not really know it. But I do think they refuse to admit it.

The irony is that when one pursues people for having spoken against changes to marriage, and tries to get them deregistered as physicians, or to boycott their products and services, that really is hate.