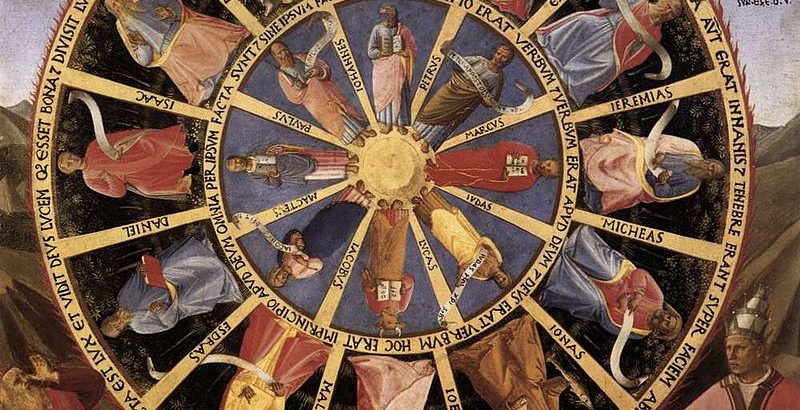 Before I came across Gurdjieff, and I was very young at the time, only eighteen, I was attracted by the idea of a mystic union with God. I had a romantic idea of some sort of rapture that would lift me out of everyday consciousness, and show me something glorious and powerful. It was a desire for God to fill my heart, mind and soul. It was fuelled by a feeling that what we had in the local church was not enough for me, good as it was. If I look back, I could put it like this: I saw no evidence that I would ever change, or my difficulties and problems would ever mitigate let alone disappear  through what was available to me. The local church was at best a maintenance, not an advance. I could see that some people were more balanced and happier, more at ease with others, than I was. But the problem was that they seemed to have been born that way. Other people were crabbed and limited. None of them really changed. They just were as they had always been. I felt this was a gaol.

And mysticism seemed to promise a way out of the prison. But how to find the way out? I read many mystical works, such as the Cloud of Unknowing and the Showings of Mother Julian. They fired the imagination, they told me stories of people who had gone through the door, but they did not show me where it was, let alone how I could open and pass through it, except in my imagination. I could see that together with those two, who were genuine, were there many others who stubbornly believed that they had found the path, but I had a sense that they were deluding themselves.

And then I met Gurdjieff, and he showed me how I could think about it rightly, and see that there was something in the faith, and where and how people became deluded, and how it only needed a small change in me to be able to approach reality. But even with that knowledge, more was needed. And Gurdjieff explained that, too. Reading In Search of the Miraculous could lift one up, but the effect wore off. One must have understanding, said Gurdjieff, and for that one must work with one who knows. And thank God, I met Mr Adie.

But now let me go back to mysticism, and then I shall tie the strands together.

Part One: What Is Mysticism?

I think it is fair to say that the most significant scholarly work on mysticism in Christianity’s Western tradition is Bernard McGinn’s six-volume The Presence of God: A History of Western Christian Mysticism. The first volume seems to have appeared in 1991, and is titled The Foundations of Mysticism: Origins to the Fifth Century.

Some of the points he makes are rather advanced, meaning that they assume a fair amount of prior knowledge. I shall pass over these. But there are three significant insights in his general introduction, which anyone can grasp. The first of these, in importance, is that: “the mystical element in Christianity is that part of its belief and practices that concerns the preparation for the consciousness of, and the reaction to … the immediate or direct presence of God” (xvii).

The second idea here is that mysticism can be considered in at least three ways: as an element of religion, as a process or way of life, and “as an attempt to express a direct consciousness of the presence of God” (xv-xvi). When considering this, says McGinn, although the essential goal of mysticism “may be conceived as a particular kind of encounter between God and the human … everything that leads up to and prepares for this encounter, as well as all that flows from (it) … is also mystical, even if in a secondary sense” (xvi).

The third is that one must examine Christian mysticism “against the broader historical development of the Christian religion” (xv). That is, one must examine the part (mysticism) in the light of the whole (the faith). On the next page, he states that prior to the twentieth century, people did not practice “mysticism”, rather, they practised Christianity, or Judaism, or Islam, or Hinduism, or some other religion. I am not sure that is entirely true, but it is not massively inaccurate, either.

His thesis in this volume is to be that “there have been mystical elements present in the Christian religion from its origins but that the first great tradition of explicit mysticism came to birth when a theory of mysticism first fully laid out by Origen in the third century found institutional embodiment in the new phenomenon of monasticism in the fourth century” (xvi).

McGinn then devotes himself to clarifying some concepts: the first of these is “experience”. A lot of the discussion of mysticism, he rightly says, emphasises “special altered states – visions, locutions, raptures, and the like …” (xvii). Yet, some mystics, not least Origen, Eckhart and St John of the Cross “have been downright hostile to such experiences, emphasising rather the new level of awareness, the special and heightened consciousness involving both loving and knowing that is given in the mystical meeting” (xviii).

Again we come to “consciousness”, and it is a mystery, in that we do know something of it, but no matter how much more we learn, the more there is to learn. In fact, the more we penetrate the mystery, the more we realise how vast it is. This is one aspect of mystery (a word which is etymologically related to “mystic”). It is like entering the mouth of a cave. You can often have some sense of how large the cave from the nature of the air in it, but if it is the opening to an extensive network, you have no real idea until you have penetrated, and then, the more you enter the realise, often with a sense of wonder, you did not know.

McGinn now mentions that mystics “continue to affirm that their mode of access to God is radically different from that found in ordinary consciousness, even from the awareness of God gained through the usual religious activities of prayer, sacraments, and other rituals” (xix).

That concludes what I wanted to bring from his introduction. It serves as a useful background to something more practical: how to approach the experience of the presence of God. Some, like Brother Lawrence, had a natural sense of that. All he had to do was think of it, and the connection was made. But very few have that gift.

This is where Gurdjieff’s method comes in, and the strands are tied together. What McGinn, and the very great mystics he refers to do not grasp is that before one can come to the presence of God, and benefit permanently from that experience, one must come to one’s own presence.

This coming to my own presence is a mystery, and it is intrinsically connected to the mystery of God, for as Gurdjieff said to Nicoll: “Behind real I lies God”. I have written and published a good deal on Gurdjieff’s account of mysticism. But let me try and put it into my own words: for one creation to vibrate in harmony with another, they must be of certain corresponding substances, and of corresponding natures. Certain landscapes will allow pleasing echoes, others will not. Certain strings will produce a perfect octave when sounded together, others will not. And so are we and God: for us to vibrate in harmony with him, we must be in a certain state.

Not so long ago, someone I know was driving home, pondering how he had suffered at the hands of a person who had been particularly nasty. He was telling himself, with some effect, that she was not to blame, that she had no will, that she acted as she had to, that she had not been there, and his negative emotions were unjustifiable. As this went on, and he was collecting himself with the benefit of these higher ideas, he was going past a clump of eucalyptus trees. The sun was setting, not yet having dipped beneath the horizon. The atmosphere was full of clear and pleasant yellow light. That light hit the eucalypts. Instantly, for the briefest moment, and maybe even that is to make it sound too long, he received that impression of light shining through leaves, and was accepted somewhere deep inside. He understood. But how to put it in words? He saw that the eucalypts were because God is. That was part of the experience. It was the presence of God: which is always unique, always unrepeatable. He stood on a level above his negative emotion and turning thoughts. They lost their power. He did not reason himself out of the last of the negative emotions. They were just completely passive. He saw the unreality not of those emotions but of that state and way of living.

So much more can be said, but that is enough. The point is that Gurdjieff did bring a system which allows one, if one works diligently and uses his system, and not modifications of it, to come to oneself and one’s presence, and so to receive the mysterious impression of the presence of God. It is a practical path to mysticism, and so to the heart of Christianity. And really, this is what Pentecost is about, in practical terms, which leads to the conclusion that the mystical path is not an escapist one, it is the most practical path of all for Christians.