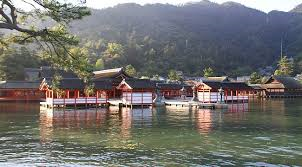 The first question was from Marvin. One of the interesting aspects of this exchange was the extent to which it was a back-and-forth. Marvin said that he was obsessed with women, but something in him wants to justify it although he knows it’s “absurd”.

“I don’t see the absurdity,” said Mr Adie. “Here’s a woman, there’s the attraction. What’s absurd about it?”

Marvin replied: “The absurdity is that it’s not based on anything real.”

“Oh yes, it may be based on something very real. We need to examine that. You cannot deny the attraction. It may not be real if it is based on personality. You find you’re attracted, and you use the word “absurdity”. But where is the absurdity? Maybe the absurdity lies in what you think about it. It is interesting to see: is it her nose, is it her clothes, is it some magnetic attraction? What is happening? Is she interested? But if you just condemn it, you do not see what is there. Again, conscience. Conscience. Where does that come into it? Conscience doesn’t come into it unless you have some feeling of yourself.”

“Well, I aim to have some feeling of myself,” said Marvin.

“Yes, but you’ve already condemned yourself as wicked, have you not? Or at least undesirable. What is undesirable is the identification. Every woman I see either attracts me or repels me, or maybe balances me. That is good. Surely it cannot help being so.”

“I don’t know how to work with this, I find it very troubling,” countered Marvin.

“Why is it troubling?” asked Mr Adie.

“Well I find it threatening.”

“Threatening? What, with all types the same?”

“Well, again, that’s interesting. You see, what is apparent is that whenever thoughts or imaginations start, you lose your sense of presence. What you want is to cut out all these opinions of absurdities, and everything else, and just try and be present.”

“Well, I think I am doing the wrong thing, because being present is trying to cut myself off, it is trying to close my mind to what is going on.” I could not follow Marvin’s thought, but this is exactly what he said.

“No, not at all,” replied Mr Adie. “You don’t close it. If you close your mind, you reinforce the thing.”

“I don’t think I can do what you ask.” Marvin clearly was not having Mr Adie’s approach. Incidentally, it was only after my last conversation with Marvin, many years later, that I realised that there was something in him which would rather have the argument than the way forward he claimed to be looking for. I think I only saw that in him because I had already seen something similar in myself.

Mr Adie was patience itself: “No, but you can try. You can try. You can notice what’s going on, you can be cool about it. But if you magnify it, instead of just seeing it. There are degrees. It is what he called making an elephant out of a fly.”

“Well, it’s become an elephant to me,” argued Marvin.

“Yes, then use it. Use it. Every woman that you see is useful to you.”

Marvin replied that he was not sure either how to approach it or how he could remain cool.

“Do you wish to be cool?” asked Mr Adie. There was a pause. Eventually, Marvin replied: “Well, I want not to be identified with it.”

“Something in you loves all this flutter and excitement,” Mr Adie was absolutely spot on.

“Well, then,” responded Mr Adie: “that is what you need to realise, because without that, how will you take the time to be quiet and come to a real wish? You need some force. Are you going to go on indulging in what you call this absurdity, and continue saying your attitude to it is absurd, or do you really wish to see what it is based on and how the idiot acts?”

“You see, in the case you are describing, you are a nothing, aren’t you? All that is necessary to knock Marvin over is a red hat or a nose of a special shape, and he’s finished. It isn’t satisfactory. You wish to be there as a solid person – or you don’t. Without your wish what can you do?”

After another pause, Mr Adie continued: “What can you do without your wish? Just the same as you’re now doing. That is the same with all identification. It is the same for the women, exactly the same. It’s all polarity: attraction and repulsion.”

“Our minds are befouled, especially so, on anything to do with the opposite sex. On that subject, more rubbish has been written, photographed, drawn, pornography, than anything else. It is the biggest subject of distortion of any kind. I have received many of these impressions, plus parents who said this is good and that is bad, plus many inherited things which I have been exposed to. Does it make it any clearer?”

“Good. Come to yourself when the women are not there, and try and really see about it, and then be interested, but not superficially: “Oh, isn’t she so cute?” or just like an ordinary bloke, but with a being-interest as to what takes place. You haven’t lost your sense of seriousness, so this is a possibility for you. But if someone has lost their sense of seriousness, it is all talk, all wiseacring about trivia. Our work concerns genuine serious inner resolution. Desire to understand, wish to be present, because I have at least some degree of realisation that I spend my life not present, so there it is, and all this can lead you to what you want.”

“These absurdities are one of your particular outlets of energy, a theme of your dreams. As far as dreams are concerned, get something to do. Don’t try and push the dream away, just get something to do and do it: extra hard or extra fast, sufficient to take attention.”

What Mr Adie was saying here is rather subtle: he was both decrying the cultural obsession with sex, and he was showing the limitations of a purely moral outrage. The matter needs understanding. Marvin’s reactions were not absurd, but they were evidence of gross identification. Only if he came to himself, free of that degree of identification, could he see the situation for what it was, understand why he was pulled in different directions by different women, and so come to master himself.

However, for me, the greatest interest was actually the exchange. I never knew anyone able to handle a person to person encounter the way Mr Adie did. He made each exchange individual without making it personal, and so we who were in his groups, present as these meetings took place, could feel how the efforts of one were the efforts of all, however confused they might seem.