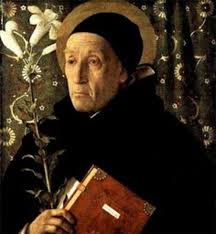 Meister Eckhart (c.1260-1328) said that “Whoever is seeking God by ways is finding ways and losing God, who in ways is hidden. But whoever seeks for God without ways will find Him as He is in Himself”, adding that the more one seeks God, the less one finds Him, but that one will find Him if one does not seek.

It seems to me that such comments can only be accurately understood within a relationship of pupil and master, that is, within a tradition of discourse and engagement, because by themselves, they are dead-ends, and often enough they can be taken as sheer nonsense. But given such a tradition, they may mean something very true, although even then they are not all true in every circumstance.

Let me explain. If I said that he who seeks to reach Parramatta by travelling roads will only find roads, not Parramatta, I would rightly be mocked. If I said that the one who does not seek Parramatta will find it, I would rightly be mocked. The roads lead to Parramatta, and in Parramatta there are roads. There are wrong roads, and some lead in the opposite direction. There are cul-de-sacs, and some routes take longer than others. The same is true in spirituality: some ways take longer than others to get somewhere, and some paths take you nowhere. You only have to look at life to see that many who follow a way have indeed advanced very far, and that the vast majority, having no interest in any way, are sunk in sleep. But if one took Eckhart literally, neither would be possible.

Where Eckhart has a point, is that it is possible to identify with ways, and if we do, then we lose them. Eckhart condemned an excessive attachment to any method. As I read Eckhart, he is not criticising  prayer, rosary, fasting and other practices in themselves; indeed, there are places where he says that they are good. Both can be true: roads can be good and roads can be the occasion of losing God if one becomes so identified with them that one forgets their purpose. And that will happen if one falls asleep.

Perhaps another way of expressing the same danger is saying that, in following any way, we might become too reliant on the “active” mind (as Eckhart called it), which is, I think, the formatory mind in Gurdjieff’s terms. This is a real danger, and is never absent, because we need the formatory mind – only it should not dominate when higher mind is needed. Each level of our mind has its proper use.

Eckahrt also speaks of the “passive” mind as being more useful in the spiritual life, and by that, he means, I believe, the higher parts of mind which are used when I am remembering myself.  I say this because, in such a state, the first force to enter is the reconciling force. That is, the awakened mind conducts, in first place, the neutralising force, and then the active and passive find their places.

If one can relate to what I have just written, then I can add this: from one perspective, what counts is not the way to or towards God, but rather the way from God; the way and the movement from above to below. This is because I cannot force the way to God. However, I can learn how to open the way from God, so that it may be traversed. It is perhaps analogous to how if you are trying to guide a needle point, it helps to touch the spot with your finger. The sense of your finger seems to help the hand which guides the needle. So too, with the connection between something higher and our being: I cannot see the higher, but I can see more of myself, and if I can sense myself, the higher is guided to me.

But how to communicate this, and how to help the searcher understand what is meant by identification, to help him as he struggles with it, cannot ever be undertaken in a sermon, even if the sermon be preached by someone as brilliant as Eckhart – it needs the teacher/pupil relationship. Even there, with a genuine master, it may not be achieved, because so much depends not only upon the student but also upon the quality of grace: the divine action. And that is why it helps to ponder, to contemplate, to quietly search inside, for the way from God, because God is always seeking us.

There is certainly and clearly a need for a spiritual discipline: were this not so, there would be no point in speaking or writing. If one were to be literal, one could use Eckhart’s words against himself: God is not in teachings and he who finds teachings lose God. But Eckhart knew that his writing had a value. Many great people have spoken and written about the spiritual discipline, because they wished to pass on something. As Dionysius said, and many after him have accepted, the good is self-diffusing (incidentally, Eckhart quotes Dionysius. I should make it clear that not all which seeks to diffuse itself is good – sometimes it is just personality enjoying the sound of its own voice).

One other thing which Eckhart said about the spiritual path, and which is, I believe perfectly true, is that: “If anyone wants to come into God’s ground and his innermost, he must first come into his own ground and his (own) innermost, for no one can know God who does not first know himself.”

To know oneself is a big thing, but this does not mean that nothing can be achieved until one knows oneself as fully as Eckhart implies. There are stages in the spiritual life, although not all people go through the same stages in the same order. Eckhart has some interesting comments about the angels, and these, I think, show that he had some sort of communication with angels. Yet he does not even hint that no one can make progress without some such experience.

Where does this leave us? Eckhart is a subtle and difficult figure. Sometimes his writing is as clear as flowing water. Sometimes it is not just obscure, it is positively off-putting, a point which comes through well in Mark Sedgwick’s perceptive comments on Eckhart in his (Sedgwick’s book Western Sufism: From the Abbasids to the New Age). To my mind at least, the quality of the writings which come down under Eckart’s name vary widely from the sublime to the mediocre. Further, sometimes he clearly writes from experience, and on other occasions he equally clear does not: he is intellectually elaborating on something, whether originally experienced or not. Then, he teaches  no practical and workable method: he could and did inspire others, but he was not able to teach an effective mysticism. Gurdjieff, on the other hand, did.

In conclusion, my own view is that the statement about finding ways not God is not quite right. It depends upon the way and how it is taught and how it is monitored. In my opinion, Eckhart almost certainly had genuine revelations from the higher centres, but, again in my view, he did not fully understand them, and could not show others the way. Perhaps this is why he makes an unbalanced criticism of ways. Krishnamurti did something the same (“truth is a pathless land”), and for something the same reasons. No, I believe that there are ways, but one loses them if one identifies, and identification is always a danger – most especially if one foregoes any method or path at all!