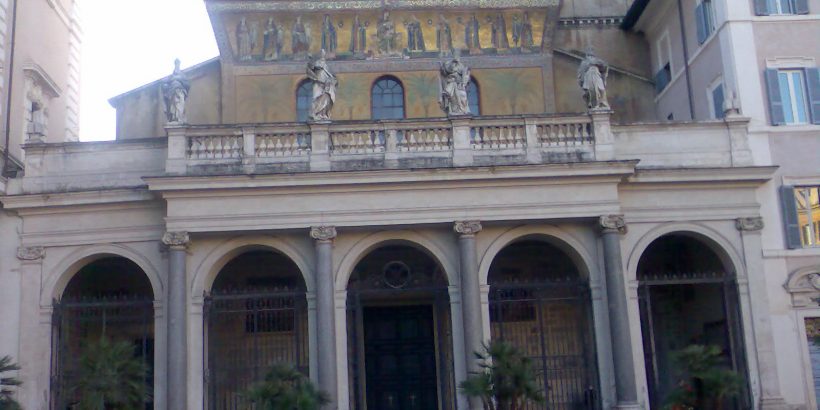 Orage continues: “… the review before death, as reported by survivors, is never censorious or didactic, nor is it a subject for either thought or feeling. Strangely enough, the review appears to be made quite impersonally and impartially, with no attachments and with no comments. Further, it is in pictures, exclusively; there is no talk and there is no text.”

That is, it is not the formatory apparatus, the lower mind, which conducts the review: it is the highest part of the mind. This also explains the almost miraculous speed of it, for the intellectual part of the intellect is far faster than the ordinary mind. Also, that part of the mind can stimulate the production of words in the lower part, but in itself it does not use them: words are too slow for it.

Orage then applies this to the daily review: let that, too, be pictorially. I see myself in the centre of the review, but “without satisfaction or regret, without fear and without hope; it is impartial and impersonal.” He adds that what is important is to make the review consciously. Even if we cannot succeed, he says, “the value arising from attempting it are too considerable to be neglected.” One value of the decision to make the nightly review, is that the knowledge that we will be undertaking it leads us to be more attentive during the day.

Again, I might add that this is true, provided we remember the review during the day.

The second benefit of it, according to Orage, is that: “the repetition of the day, in terms of pictures, would be of the utmost value as a lesson in self-knowledge. We should begin to be able to see ourselves as we appear to others, and, in consequence, to exercise all that tolerance of other people’s defects and awkwardnesses which now we usually give to ourselves alone. The final promised benefit is an increase in strength of mind, will and concentration.”

This is quite vital, in the sense of life-giving. We make excuses for ourselves; we always have pretexts and reasons. Then, when it comes to other people, we tend to be quite extreme: either we will not listen to a word which can be said in their defence, or we the opposite. And it does tend to be the first, more than the second. What is being said here, and my own experience would suggest that it is true, is that being seeing ourselves more impartially, we will see others more impartially, too. In other words, the ability to see can be trained.

The third advantage, according to Orage, is that memory, will and concentration are all used and all made more powerful and subtle. He continues: “The exercise in other ways valuable, is invaluable in respect to mental development simply. It is almost a specific against mediocrity.” Again, Orage’s use of the language is stunning. These sentences are quite boldly put together, but how powerfully. Here, “specific” is used as a noun, not an adjective, meaning “a remedy directed against one illness.”

Then he comes to the method itself. He suggests that one first establish a rhythmic count (e.g. 2, 4, 6, 8, 10 and then descending). His advice is “Continue this repetition rhythmically. Having got this rhythm moving, almost but never quite automatically, deliberately try to picture yourself as you appeared on getting up that morning.”

“You woke, you got out of bed, you proceeded to dress, to breakfast, to read the paper, catch a bus and so on. Try to follow this sequence of yourself pictorially observed, from moment to moment, exactly as if you were unwinding a film.”

Orage notes three problems which will arise at once: the difficulty of counting while doing this, the failure of memory, and sleep. As to the first two, the basic answer is persevere and it will improve. As to the third, it is to accept the coming of sleep – it is, after all, a good in itself, and this exercise can help one sleep better; since it stops both “brain-thinking” and “emotional thinking”, i.e. worrying, and these often keep us awake.

But his rationale for the counting is important. It is that: “… counting occupies the thinking brain and thus naturally allows the pictorial memory to work more easily. Remember that one of our objects is precisely not to think about what we represent. Thinking not only impedes the pictorial representation but it subtly but surely falsifies the pictures. For numerous reasons, the thinking brain must be preoccupied while the show is on; and there is no simpler means than counting.”  Note that this is redolent of Yelov’s advice in Meetings with Remarkable Men about learning words from foreign languages. It is, of course, based on Gurdjieff’s theory of the different parts of the mind.

In respect of weakness of memory, he makes the acute point that one often finds that when one tries to recall what happened next, the counting stops. Further, when one regains the thread, one often loses it again. But, “the interruptions, frequent at first, become fewer. From being an inexpert operator constantly breaking the film, the persistent student becomes expert. And his reward is not only the review of the day, but the control of mind that has made such a review possible.”

Orage avers that many have worked at this discipline, and found that it starts to proceed almost of itself. The point is not to do it unconsciously, however, it will never be quite that if done conscientiously. The aim is to be conscious, as we mentioned at the very start of this post. It is the conjoining of an intrinsically good work with the conscious method which makes this exercise so valuable.

I might add that two things I myself have found are that, once more, it is highly advisable to return to it during the day: when I am doing something, like typing this, I stop for a second. I recall, I wish to review this tonight. And as I bring this thought to my presence, my state changes: the impartial (or more impartial) observer starts to appear. That is its own reward. What will happen tonight, the night will show, but my state right now is better.