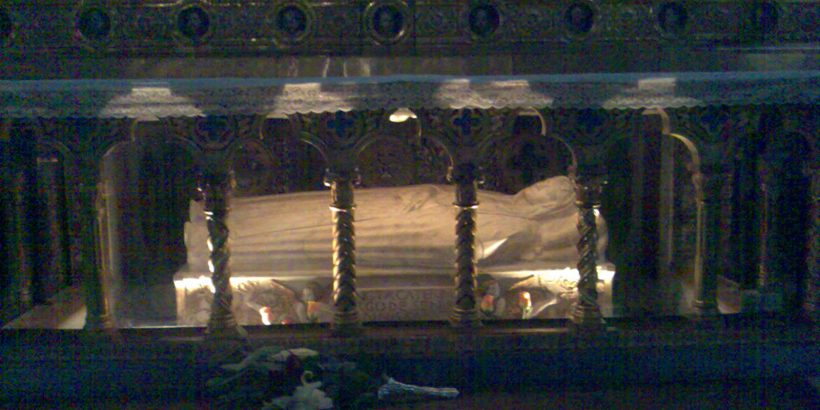 This is from the meeting at Newport of Wednesday 2 November 1988. The first question was from an elderly woman who was in pain, but could not take analgesics, as they made her even more sick. She feels helpless and hopeless, and has slipped back in her inner work.

“Whatever the situation is, I have to find out what is possible,” said Mr Adie. “If I try, I always find something. But I put it off, I don’t do it. Yet, although I may feel horrible, if somehow or other, I make an effort, then immediately everything changes. Immediately if I make an effort, then everything changes. Subtly, perhaps, but I have affirmed that something is possible, and the great lie has been that nothing is possible, so I have disproved that. Mmm?”

“I have to see that my body is weak, and it is suffering, so I cannot afford to have the same energy thrown away in dreams and imagination. I have to remember the body and be patient with it. I need to sit by my bedside and hold my own friend. If you went to see a sick friend, you would hold her hand. Well, you do that for yourself. And after a time, you get a bit tired of it, and you move on to something else. Surely you would.”

Mr Adie has been advising her that she can find a very different perspective by separating out from her body and from her conditions: I am this, and the conditions are that. He then moved on:

“But the given circumstances alwayscontain the material I need. It is very difficult to understand, but they do. Obviously, there are some efforts you are not required to make in that situation of sickness. I am spared some things, so I seek around to find where my effort should be directed.”

“If you can make this effort, it will be extremely interesting, not easy, but then we’ve been in the work for a few years now, haven’t we?”

I wish to dwell on this for a moment. People often despair, or come close to despairing, close enough to feel that the level ground of life is slipping away before them, and that they may plunge downwards. What Mr Adie says is not new, but it is still true: as soon as I can look at those thoughts and emotions as if they belonged to someone else; as soon as I see that the uncomfortable sensations in my body are only a sort of wave of influences passing through it, and do not define its possibilities, I am back on safer ground. My terrors are so dangerous to my well-being because something in me believes in them. If I wake up insidethem, and only then, perhaps, will I truly see them for the phantoms that they are.

The next question was from Sally, who said that she had seen how one-sided and unbalanced she has been in her use of her physical force. The connection with the previous connection, and Mr Adie’s response with what he has said, are plain.

“Well, I realize that I never use my body. It was always used. Now I begin to see the possibility. A lot of the problems with the body are due to fear and anxiety. But I can begin to see, and that can open fresh avenues for me.”

“It seems so simple: I have skipped over this line for so many years, and now I see that at this point there is a possibility. And then on a day when I get robbed at that point, which is often because things are too energetic, too preoccupied, I am all at sea. So it makes it all the more important, for a time, to seize a moment at the beginning. At the beginning. Anybody who can seize the first half hour for themselves is extremely lucky, who is strong enough to be able to get up early and do that. They still have to do their day’s work, to go into life, but to have half or even a quarter of an hour before it starts up is quite wonderful. We begin to see how important it is.”

“And then when you can’t get it, somehow you go on with what you had before. You know that you can’t have that time, but you don’t allow yourself to just sort of drown at once.”

Sally said that she even wakes up with that sort of state. I think she meant that if she did, she was too tired, exhausted, or out of sorts to be able to work at the Preparation.

Mr Adie responded: “There is not always a possibility of being able to make a preparation. I wake up so dim and dreary sometimes that I can hardly be said to have woken up. We have to find out what is possible for each of us. Obviously you have found something, and you see the possibility of working like that.”

I might add to this that they sometimes said that if one could not, for whatever reason, work at the Preparation first thing in the morning, one had to do it when one could. There is a danger that one could use this as a pretext, and fall into a habit of delaying the Preparation, and even dropping it. That is, what begins as a compromise could become the new and less effective discipline, and even lead to dropping the discipline altogether.

This is true. It is a danger. I am not going to pretend it is not. But it is better to run the risk than to acquiesce in a passive state. Further, one can take steps to minimise the risk, e.g. making a daily programme, in writing, and so noting in black and white that the delaying of the Preparation is only temporary, and setting a date for when you will do it in the morning.