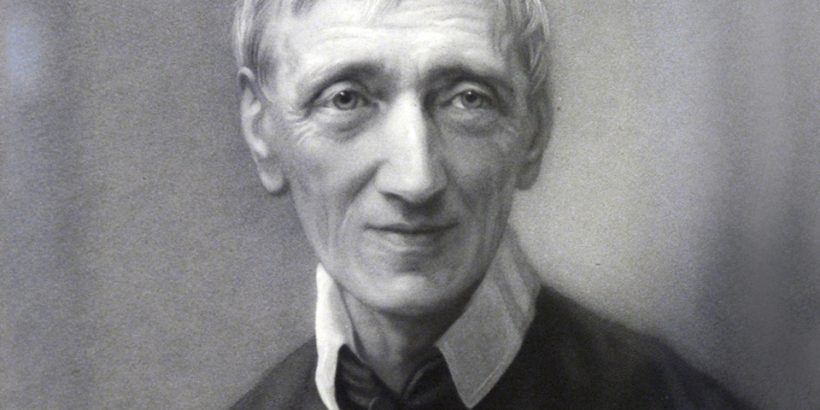 At every Maronite Mass I have celebrated, I add the names of St John and (Blessed) John Henry Newman, after that of St Maroun in the remembrance of the saints. For me, the man has so long been a saint, and so much a part of my intellectual furniture, that while I feel some joy at the news of his impending canonisation, it is a quiet one. The eventual canonisation will allow me to say “Saint” rather than “Blessed”, and some more people may become interested in him. Some more books, articles and blogs will be revised and written. Crowds will attend the ceremony, when and wherever it is held. There will be a small Newman industry for a while. Perhaps some more Newman-related tourism. But will more than that happen? I hope so, but there are so many canonisations these days that I wonder if its value is not now diminishing, as those promoting new saints jostle for centre stage. In fact, a surprising number of people are already sceptical of canonisations – and these are not people who are aware of the serious arguments that the changes to the process have made it less certain – these are people who have just seen too many people, especially the most recent popes, advanced very rapidly. Canonisations generally took quite some time, and that was wise: it allowed time for emotions to cool and facts to emerge.

One friend of mine, a Lebanese gentleman who has sometimes taught in tertiary institutions, is especially doubtful about the value of the “miracles” used to further canonisations. His argument is that by definition, we do not understand how and why miracles are worked except in the most general terms: they are works of God to edify, instruct and strengthen us. Why do we Catholics accept that if X. prays to Y. for a miracle, and it is granted, that proves that Y. is in heaven? How do we know that the Good Lord did not decide in His inscrutable wisdom to grant the prayer of his own volition irrespective of the fact the prayer was addressed to a particular person? Does this addressing it mean that God does not hear is ignorant of it?

Although one form of this argument is used by many sceptics, my friend’s version is stronger. Atheists usually don’t accept the existence of God. But here the point is that since God does exist, this makes the arguments for canonisation from miracles even weaker, because there is an alternative explanation for miracle cures: direct divine intervention. Most sceptics reject the miracles, but this argument can accept them

There may not be a convincing answer to such questions, except this: the miracles are not the real evidence of sainthood, that comes from the person’s life and works. It is only when they have been satisfactory that they look for miracles. Yet, the first saints were all recognised as saints only public acclaim. Their causes were tried by time, as it were. I am not sure that they made more mistakes than we do now.

I have long thought Newman the most important Catholic writer of modern times. A certain greatness of soul and mind comes through in so much of his writing, even in his letters. He showed remarkable generosity and forgiveness in his life. He was tremendously loyal: a virtue I always find to be rare. And he had courage: he was prepared to put himself on the line. I won’t go into the details now. But I will say this: it is known that with his Apologia pro vita sua (defence of his life), he trounced Charles Kingsley, his accuser. Even Kingsley’s wife said that, in Newman, Kingsley had met his master (or words to that effect). But what I had not realised until I researched the article I refer to below is that Kingsley was one of the intellectual giants of Victorian England. He was highly regarded, highly talented, quite formidable. By Newman’s victory over him, Newman provided himself to be master indeed.

Moving on, I have posted a few articles on Newman. I shall have to post more. In the interim, I will mention that I have had an academic article on Newman peer-reviewed and accepted for publication by Literature & Aesthetics, a journal of the University of Sydney. It does three things: it reviews the arguments over St JHN’s (I am not really jumping the gun on the title, for reasons I have given) alleged same-sex attraction, it critiques them, and it offers both as a critique of the “gay Newman” view and as a possible insight into his character, that the great saint may have been asexual. That is neither homo- nor heterosexual-sexual, but a-sexual. There is more detail, which is to be found in the article, but I will make here some comments which being, only my impressions, could not go into the article.

First, asexuals often do not realise the extent to which they themselves are asexual – this is because they are capable of affection and even romance and of the sexual act, and they live in a world where – in Newman’s age – it was assumed that everyone was heterosexual and if they departed from that it was by choice.

Second, in my limited experience, it seems that asexuals are invariably remarkable (perhaps even eccentric) in certain ways. This is probably related to their asexuality: a particular switch is turned way down inside them, but another is turned way up: it usually seems to be a particular talent or skill. The asexual person is devoted to that talent, and there is no sexual attraction. Whether the talent entails the other, or the lack of positively directed sexuality makes possible the talent, who knows?

Third, many people experience asexuality for a particular period of their lives, which may be shorter or longer. But when this comes after a stretch of time during which they were either heterosexual- or homosexual, then they think of themselves as being straight or gay but just not interested at the moment.

More can be said: it is a huge topic, and it will be in my article. I will post a note when it is released. But the point of my article is that the arguments that Newman was gay are quite simply wrong in fact and in methodology. There is, simply, no direct evidence at all that Newman actually same-sex attracted. Pace Ker, who contends otherwise, I would say that neither is there direct evidence that Newman was heterosexually attracted. There is no direct evidence that he was asexual, but when a person is dead, what kind of evidence could there be short of an autobiographical statement about his attractions? But that is exactly the sort of thing Newman would not write.

I have only touched the surface, but I am glad that this wonderful, sane saint will be canonised. I am just not doing cartwheels.