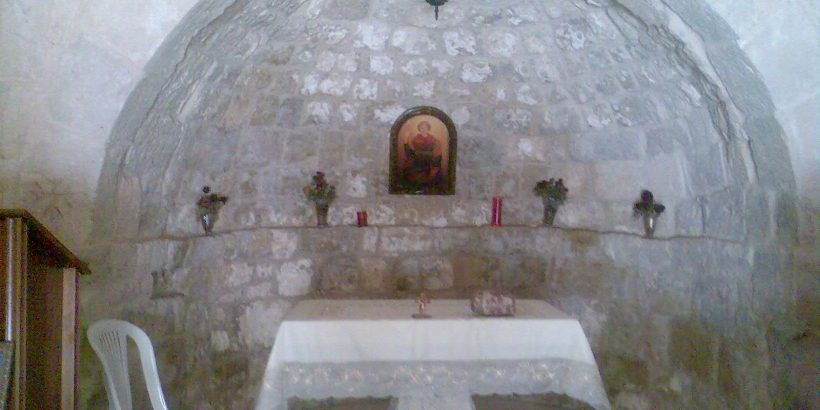 The next question came from Olga. She introduced her observation by saying: “Gurdjieff said to aim to have a quarter of our attention on the task, and the rest on yourselves”. She added that attempting this made her realise that she had no idea where her attention was, so she decided, during the week, to try and be more aware of that. It was extremely difficult except for moments. “But it left a residue”, she concluded: “less force is rushing out”.

There was some silence. Mr Adie did not directly address what she said. When he did speak, he said: “Different occupations in different circumstances, give different possibilities. If you are writing something, it is possible to have some kind of watching and writing: there’s moving and thinking centres. This seems quite possible for a time. But although it appears to be manageable, there is a deeper question: “What is the quality of what I’m putting out?”

“What you are describing is surely an effort in which some sort of inner search can be added. Even as we speak, some inner search can still be going on. I am trying to follow you, other people are, too. And inside you there is a search, otherwise, what will come out will be dangerously automatic, even if I have a certain amount of awareness, even if I have retained a certain amount of force. The force is here, but what use is being made of it? Now, if I can bring to that this search I spoke of, that force can serve my aim.”

After a pause, he continued: “This is the teaching. It’s terribly important, this question of the higher impressions which we do receive, just settling at random, according to what we’re identified with, and only producing this “knowledge of personality”, as it were, whereas the knowledge of understanding has to, has to be related to the intentional direction inside.”

“There has to be some idea of work near me, and then, what I get settles, it connects with what I have of the same quality, otherwise it just comes and then it is gone. In fact, what we read over the Sunday, the reason of knowing and the reason of understanding is very, very important. It wants study, reading time after time until you get it. You can read it, but to try to put it together … by the time one page is over you have to go back and re-read the page before so that you can get it all present. It goes into the width and depth, and …”

“Somebody mentioned last night, about Zernofookalnian friction, But who knows what it is? And we really should know, somehow, more. We could know more if we were more serious. This is a discovery. This book, we should go at it like a secret and get it. There it is, but we don’t do it. We don’t go back and forth and forth and back”.

“Look how people who play games work so hard to get to their best. They drive a hundred balls, and then another hundred. Keep on going to eventually achieve their aim. It would be very good if we all tried, because after half an hour, after an hour, you find that you’re not understanding. You’ve had enough. So you try again the next day, to see how you can put the whole thing together. It is very difficult, because although you go back you find that you don’t quite understand that part”.

“It is beautifully written, yet people argue about it and say that it is badly written. This is nonsense, complete nonsense. It’s marvellous. If you take the trouble, you can connect it all together. And it is designed. It is a living instrument. See, this word, Zernofookalnian friction, especially invented, connected, with all conditions, and described in advance, and then in application, and then in result. Yet none of us know what it is. That is the measure of our determination”.

There was quite a lengthy silence. Then he asked: “Who has got some work to talk about? Let us not sit silent and dumb. If someone is working, they must have come across difficulties.”

The two most important ideas here were, I think, the idea that when we have some awareness the proper response is to use that force for our aim. To just be pleased and luxuriate, as it were, in the force, is to identify with it, and thus to lose it for conscious work. Gurdjieff said that the work of one centre is hallucination, the work of two is semi-hallucination, but only three bring waking. The two-centred state is so different from the one that we are often dazzled by it and go no further. Mr Adie was encouraging just that effort of going beyond. I think this is why he did not answer Olga directly. It was not that what she said was bad, it was that it was limited, and something in her identified with it. The self-congratulations were quite audible at the end of her little speech. Mr Adie was not rejecting her observation, he was not even criticising here: he just wanted to prod her to go further, and not rest there. I think that is why he brought in Beelzebub.

The second important idea here is just that: his stressing the importance of Beelzebub, and the need to make individual efforts if we are to understand it to any degree, and so to benefit from it. There is no doubt that, like Mrs Staveley and Dr Lester, Mr Adie sensed the value of the book. He had that directly from Gurdjieff, who often asked Mr Adie to read from his books. I must admit to mixed feelings here. Mr Adie, like those two other redoubtable persons I was privileged to meet, felt that Gurdjieff had succeeded in Beelzebub. I am more like Orage, at least at the moment. That is, I respectfully agree with Orage that one can sense that there is something very deep in the book, and sometimes one receives glimpses, but while Gurdjieff intended that the key to the book not be too near the doors, no effort seems to find many keys, if any. In other words, I know Gurdjieff intended to make it hard to understand the book. However, I doubt he intended to make it this hard. But if he did, then he certainly succeeded.

I have long sensed, if that is the correct word, that it is the continual effort to read Beelzebub which will, for most of us, be the greatest value. And that value should not be discounted. It will make new ways of association available for us.

But we are seeing Beelzebub in a perspective he had not originally intended. Beelzebub, you will recall, as to be the first three of ten volumes. Only two of the other seven survive (there is reason to believe that at least other chapters of both the second and third series were written, but were destroyed). I think that this failure to complete the original plan (which is still visible in Herald of Coming Good) may have been a result of Gurdjieff’s losing the services of Orage. I think he had intended to write them, but needed Orage’s help, and when he lost Orage, plunged into the odd despondency and fitfulness which marked him in the 1930s. I think that if the other books had been written, then Beelzebub itself would appear different. It is like having the first movement of a symphony but not the other movements. It seems a whole in itself, but that seeming is illusionary. It was in fact designed to go with the rest of the piece and to form an integrated whole.

That is my thought, at least it is how I see it now. Yet, these three volumes of Beelzebub and the one volume of each of the two following series are all that Gurdjieff completed. And there is a tremendous amount in them, surely more than we can grasp. So, at the end of the day, Mr Adie was correct: we should go at it like there’s a secret there, and we should persevere.

The photo is of a very old church in Hardine, Lebanon. Joseph Azize, 10 February 2019