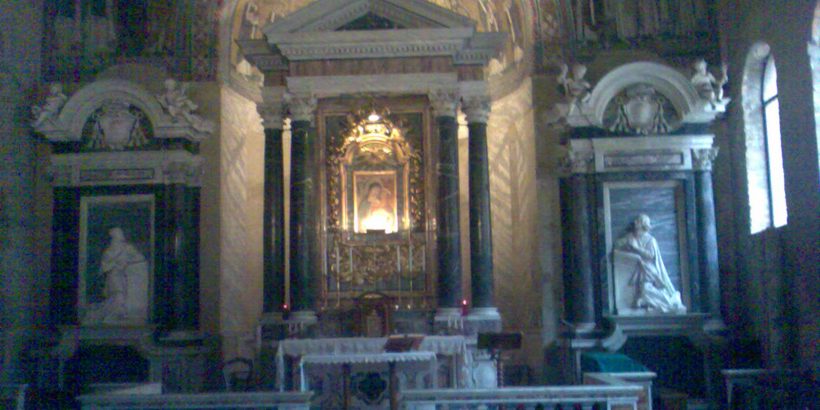 The next question was from Baker. He said: “I have tried to bring the idea of life as a gift into my appointments and preparation, but I can’t come to terms with it. The thought overwhelms me a bit.”

“Overwhelms you in a good way or in a bad way?” Mr Adie asked.

“You have a concept of all the appointments you have to attend to in front of you, and you find that there are too many things?”

“If that is what I think of, then, yes, it does appear impossible. It appears to be too big a load. But you don’t accept that that is everything you think of. If I do not open my vision, I won’t see that through these appointments, preparing for them, keeping them, really taking part in the matter of life, you have the chance to finding something for yourself.”

“Yet, as a matter of fact I have been taught that this is the material. So, I’ve got all these appointments, and I could prepare for this one, maybe at once, without worrying about the others. I do something quietly, trying to approach it in a different way. When it gets jammed up, it’s always because it’s I doing this and I doing that. I. Sort of, instead of quietly doing what is possible, and almost letting the things fall into place on their own, as they could. But I shall have been a little better prepared, and I won’t be so identified with it that I cannot see anything beyond it. The appointment will come to an end, you know, and what will I look back to find? A lost opportunity?”

“Take letter writing. Doesn’t have to be ten pages. It could be much shorter. And all this spluttering and emotion. It isn’t really what’s essential. What is essential is one or two little things, but I am filled up with all this splutter, so I don’t write the letter because I can’t express the splutter. But if try to, just simply, this and this and this, it could be so different, my work.”

“But you began with the idea that life is a gift. It is true, but we mention that to help us sense that it is continually being taken away. Does that bring something to you, that it is threatened? Do you have an idea of whether you value it? You know how it is said: “Greater love hath no man than this, that he lay down his life for a friend”? If that is the definition of the greatest love, it is because this is the greatest gift that there could be: life. Life itself.”

“Did you ponder the idea of life as a gift?”

Baker did not answer directly: the thrust of what he said was that his apprehension of the amount of work he had to do took everything away from him.

Mr Adie took the idea up: “Yet it clearly is a gift, because I can make nothing like that. You see? I do not make it, I cannot make it. It must be a gift. I cannot give it to myself. All that I can do, perhaps, is to watch the energies flowing through me, and begin to influence them. And I begin to see what an enormous possibility that is. These enormous energies flowing through me, and I can begin to transform it: what a possibility! What a tremendous possibility.”

“And all the transformation, physically, is already going on, very efficiently, in spite of all my identification and stupid mental and emotional sweating around. The poor old stomach will still do its work if it’s given half a chance. The lungs, the blood, it all goes on, without any intention or help or understanding at all.”

“Even the essential food of air and impressions is provided, although I do not make any efforts. But if I added some conscious effort, it would make some difference. It is like the yogas, the easiest of which to approach is, for us, hatha yoga for the body. It is very easy to try and have a bit more attention of the body.”

“But we make a little effort, we get good results, and then forget all about it, and cease to do it because it has become a bore: you know it. These things have to be done in order to come to a certain state. It is like making cocoa or coffee. If you just put a couple of grains in like that and stir once or twice, it is all gritty and beastly. If you want it to come out well, then you’ve got to make a thorough paste of it, and then it’s a job.”

“But it’s a terrible obstacle, this terrible pile of work which is too much. Too much. I can’t. And it doesn’t want all that colossal scheme. Half the things I think of aren’t necessary anyway. Anybody could do it much better if they didn’t over-do it. All my quick identifications, everything. It’s like a boy in a shop: every kind of pastry he sees he eats, every kind of toy there is he wants, and the boy is spread out all over the cakes and the toys in the shop – there is no boy left!”

“What is going to make me economise, other than a massive mountain of work which I cannot possibly move? Yet I have to start somewhere; but how?”

It is quite interesting: Mr Adie did the pondering for Baker, but he still left a very powerful question for him, something to continue with. The next question was from Phineas. He said that he had found the weekend very rich. One person he often works with on the weekend has to keep repeating the same thing to him. His head remembers, but his moving centre does not, “or something like that”. He suspects that from childhood he has had a series of I’s about it in him, saying: “No one wanted me on the cricket team”, and things like that. But on Sunday night he recognised a need and how much the work is helping him.

“You feel that the work has helped you, and you have felt a moment of gratitude for that?” Mr Adie asked.

“Yes, but I need to deal with the different I’s now.”

“You can’t deal with all I’s at once. You have to choose some.”

“It’s sort of an excuse, that I am hopeless in certain things, that I have always been a clumsy person.”

“But is that really true?”

“Then why bring it?”

“It’s a mystery why those lies come back so often.”

“The difficulty at this point is your generality: you say they come back often. Alright, which are the ones which repeat? It’s too vague. What is the aim? Which I’s and which lies repeat now? I have to bring myself to a point of work, and then I can speak. That is the difficulty, that is why we have so few questions, it’s because people don’t bring themselves to a point of work.”

“You spoke about Sunday being helpful: what was it helpful in? How have you used it? We don’t want to just talk about it. We want work problems you have thought about, something you wish to ask or confirm. This is a senior group here, we have to start at the beginning; be serious.”

“If you could hear what you have just said, you would not be at all satisfied. You would hear yourself speaking quite broadly, and you would ask: what is the man talking about?”

Again, it ended there with a question. What Mr Adie said about the gift of life was simple, but stunning. I could not have come to that y myself. In retrospect, I often think of what Mr Adie said. But his sayings were not the things which taught us.