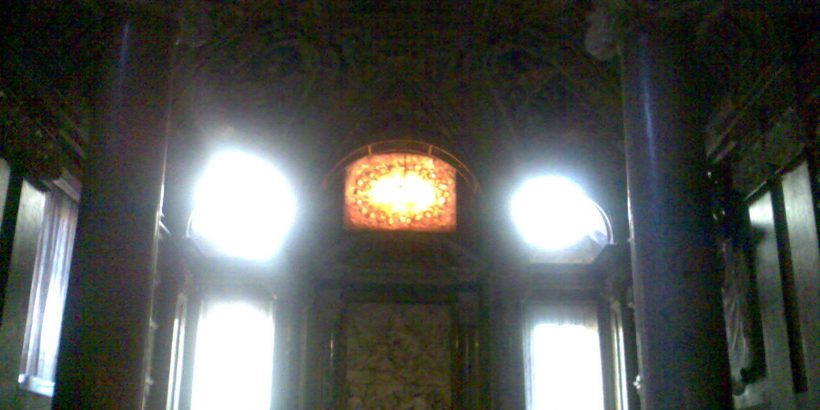 There is a mystery about our selves, about other people, about human life on earth. The human world we live in possesses tremendous powers of both attraction and repulsions for us, and these forces are so great that they often displace “us”, as it were. There is a basket of mysteries here, but let us start somewhere.

These two forces, attraction and repulsion are often mixed, so that one can be drawn to what one hates and resent what one loves (using “love” and “hate” as in common parlance). Amorous relationships are the most obvious examples, but they are not the only: the same sort of mingling occur in politics, in the arts, and even physically (e.g. the compulsion to touch a sore tooth). These facts point to limitations in ourselves, because that sort of mixing is not, I believe natural. However, that is not my main concern here.

When we feel or consider ourselves in relation to other people these powers of attraction and repulsion, which are always operating upon us, are most powerful. I say “feel or consider” because feeling brings me to myself, and I sense myself in relation to another, but when I consider others, it is merely emotional and sometimes not even that. What we now call love makes me forget myself. Real love, on the other hand, is a function of remembering myself, and of course it transforms the sense of “self”. It is also true that unless I have a sense of myself, or perhaps rather of my self that I can really love. This is not a trite point: David Hume wrote that when he looked in himself he could not find any “self”. He found thoughts, ideas, emotions and so so on, but nothing he could call a “self”. I think that if we’re honest, we have all felt the harrowing truth of this. But I also think that if we’re honest, we will admit that something inside us insists that this cannot be the whole of the story. Okay, but what is the other part of it?

At the very least, I would say that most of us have felt that we have a birth-right to a self, so to speak. Or we might say that we feel that there is a lack of self, and that that points to a space inside us where self would rightly be. I would also say that a special moment occurs in the spiritual life when one finds that there is something which is or represents one’s self. In other words, there do come moments, at least in the lives of some people, when they feel something inside themselves which is a self. And they can look back and say: “Yes, what Hume wrote was true of me at one time, and it is true of me most of the time, but it is not true right now.”

This is the first point: it is possible to have a sense of my individual self. It may not be there all the time, and it may be little more than a consciousness, an awareness, a witness. It is hard, probably impossible, to pin it down. But when it is there, one understands love and fear quite differently, because one’s perspective has shifted. Usually, in the face of these forces of attraction and repulsion, we are simply in free fall. We have nowhere to stand. We are at their mercy. But when something like this “self”, perhaps it is what Gurdjieff called “Deputy Steward” is present, we are standing in the centre, and we see and feel these winds blowing all around us. But it is like being a lighthouse keeper in his tower. He sees the stormy night, and he sees the searching light, but he is not in it. The world outside is organic life.

At a moment of separation, one does not just intellectually agree, one actually understands, that organic life on earth is a cosmos apart. Ouspensky put it this way: “Individual man and the whole of organic life taken together are different cosmoses” (A Record of Meetings, 115). It is, perhaps, not so much that we are part of organic life, but that we are a cell in it. If I say we are a “part” of it, I am putting the emphasis on our subordination. If I say a “cell”, I acknowledge both that and our individuality. Although we can abstractly think of ourselves as separate, and to function in the world we must, our reasons also tell us that, on another scale, we must communicate with other people and with the world around us for “in reality they are all linked together like different parts of the body. It is like the circulation of blood in an organism, or the flow of sap in a growing branch. This is why communication is necessary” (Fourth Way, 202)

What I think is important to realise is that in relation to ourselves, other people often serve as conducting forces for the powers of organic life. This is not to demean the people or the powers: organic life begins in the sun, it is a noble and beautiful thing (God saw that it was good). In the case of certain people, they may even be conduits for higher influences. As Gurdjieff said: “There exists a higher organic life” (Constantinople Notes 137). If we rise up in ourselves, we can receive those influences, and perhaps participate in higher organic life. There are levels within organic life.

But as a rule, I believe, attraction to and repulsion from other people dominate our lives to a degree which is both excessive and unnecessary. This is not to say that the attraction and repulsion themselves are unnecessary. Quite the opposite. They supply the force we need for the development of our selves, of real I. To quote Ouspensky once more, on an analogous point: “There are people who are naturally free from moon. But it is not an advantage if they have not will and have not moon in themselves. If they have, that is another thing. If not, they just bounce, cannot attach themselves – too light (ARoM 240)” I do not suggest we can be free of organic life, but I do suggest that some people are naturally less subject to attraction and repulsion from other people, and if they have will, that is one thing. If not, that is another, they just “bounce” as Ouspensky so brilliantly put it.

It is helpful, I have found, when considering any choice, to say “let me take out of the equation my concern about what other people may think”. To do so is, I have found, to immediately simplify the issue. At that moment, the real considerations stand out with startling clarity. To give but one example: I had incurred an expense and was entitled to claim for it. But I was balking: should I claim or not? As soon as I realised that I was worrying what people would say about if I did claim, I also saw that I had good reason to claim, and except from this fear of criticism from others, no reason not to. When I do make the claim, I think I will probably be more present, less fearful, less cringing.

Perhaps, too, when some representative of myself is present, and can see the forces of attraction and repulsion working through other people, that I better perceive and appreciate their own essence-individuality (even if it only as potential as my own). This is much desirable, for “organic life is based on the principle of killing. One species feeds on another. But man really can be out of this law, at least partly, if only man will be a little more clever” (ARoM 417-418)