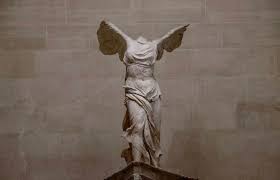 At the meeting of 26 September 1979, Mrs Adie asked people what had brought them to the work. Most of these had joined only two years ago. In the event, she delivered a lengthy and sustained meditation on what the work can bring us and the efforts we need to receive that. It covers an extraordinary amount of material, but even more important than the material, is, I think, the impact of how her thought develops, while remaining on track.

A number of people replied to her questioning, but one person said: “I ask myself what has the work brought me, and the answers are things like, I’m not as tense as I use to be, I maybe relate a bit better to people, I don’t get worried so much about incidents in life. But it doesn’t really seem that I have an aim with any deeper meaning.”

He quickly replied that he thought the morning preparation had something to do with it.

“Yes, it would. But there is also a danger here, because it’s quite true that if you follow out the – I don’t like the word “instructions,” – but if you follow what is suggested to you, then things in life also go better; and then you can find you are only following the suggestions because you want things in life to go better.”

“You have to begin in a small way. I mean, you can’t think about becoming one with the Holy Sun Absolute, yet. But you can begin by realizing that in you there are very coarse energies that can be transformed into finer energies. And there’s a question of building a higher body.”

“You could take the transformation of energies as perhaps the first aim, if you feel something about it. But to simply want my ordinary life to be better is very natural, much too natural. As we are, there is only a very small part of us that is at all interested in change of being and growth of consciousness. But most of you is wrapped up in your image of yourself, or as Jean Vaysse calls it “the personages.” These are not only uninterested in the work, they’re very hostile. And the more efforts you make in this direction the more they arm themselves and the stronger the resistance becomes.”

“This moment of our work is difficult; it’s a critical period I would say. I feel it. It goes through such periods. It’s inevitable; the work goes in waves. Your own personal work, the work of the group as a whole, the work of all the groups, goes in waves. That means that there’s a descent and that is a very critical moment.”

“And what have you got to work with when you realise you need to work?”

“Well, you have no control over your emotions, you can’t produce emotion like that, you can’t just produce feeling. But there are two things you do have some control over: your head and your sensations. These are two of the three forces which make the triad of self-remembering: the head, your sensations, and your feeling. Your feeling may come as a result, if the head and the body are working together, if they are engaged together.”

“The head is engaged on nothing but a thought which has no words, and I hope everybody understands what I mean by that now. The head is engaged, occupied, in looking at the sensation, in controlling it to some extent – not controlling the sensation but in not allowing attention to go away from it. It all depends on the attention. If those two forces are strong enough, a third force can appear in the form of feeling, of consciousness, Will. Will is a very important word: we have no Will, that is another thing. And we have to develop it. The very idea of the word Will can create a feeling a wish to have that. It’s very much a question of Will. We have very little, but it can be acquired.”

“So, you have to go to some extent to your reason, and come away from all these idiotic words. It’s no good dreamingabout the work; that is another danger, to dream about the work. To think what you want requires a certain effort of attention and control to put you into a higher part of the centre. You can’t just put yourself into a higher part of a centre like that. You’re in the formatory apparatus practically the whole time, but with a certain effort, a coming away from these words, something is possible. First of all, you maybe confront a sort of blank. It’s difficult to think, but you go to your reason, you try and understand clearly and sincerely what you’re trying to do. And you must make your plan, you must make some sort of plan. And you must use your own intelligence. We suggest things, but you must do what you think will help you.”

“You want possess a certain control you don’t want to be completely out of control. There are certain weaknesses you have – not from a moral point of view at all, not in an ordinary Sunday school point of view – but you have a certain tendency to irritation; everybody has a tendency to be irritable or other unpleasant emotions, but you don’t realize that something in you likes them. You don’t want to give them up. That’s why that effort is called sacrifice.”

“But you know those weaknesses are against your aim. That is why negative emotion is nearly always the first thing suggested to people that they try to work on. A great deal of force goes that way, and it feeds certain false ideas of yourself because you justify them and they grow stronger and stronger.”

“Everyone must have experienced, sometime over these last few years, certain periods when they have been more awake. Is that so or not? When you’re on an ascending wave you make a certain effort in the morning and it unmistakeably resounds during the day. You have found that. You have more moments when you remember about it. You don’t go so long s deeply unconscious. You respond and you remember and you get a sort of link during the day that is what we need: a link during the day, so that we don’t stray too far away.”

“Everything is relative. We can be not really awake but also not absolutely asleep. We can be much more awake, and we can be completely asleep. We need to raise the general level; never to sleep quite so deeply. And that depends on the note that is struck in the beginning of the day the force of the DO. If it’s strong enough it will resound, and you’ll have moments when you have another chance and you must never fail to respond to that in a very, very simple way. Whatever you’re doing, you are aware of both this life inside and this external life; you’re aware of those two things. You’re not so lost in it. You come away from these dreams for a moment you can’t for very long but for a little while you can. Try to come away from the words.”