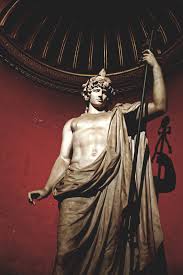 I am pleased to announce the publication of volume 12, part 2, of the journal Postscripts: The Journal of Sacred Texts, Cultural Histories, and Contemporary Contexts, from Dublin. This volume was edited by Carole Cusack, and is devoted to “Scriptures in the Study of G.I. Gurdjieff and the ‘Work'”.

It features an introduction and an article by Professor Cusack. The article, “Pupil Memoirs as Hagiography in the Gurdjieff Work,” targets a significant aspect of what I might call “the Gurdjieff writings” of those who knew him. I shall return to this site to comment on this insightful article.

There are also articles by David Seamon and Michael Pittman, both fine scholars, and pen-friends of mine, which I shall return to in future revisions of this page.

I must also note my two articles: “Did Gurdjieff Write Scripture?” and “Gurdjieff Theologos.” Again, I shall revise this post, but the first of these is, I think, of quite some value. I return to the controversial re-translations from French and Russian of Beelzebub’s Tales, into English, and come down – very firmly indeed – on the side of Mrs Staveley and Paul Beekman Taylor. I must acknowledge the assistance of Stephen A. Grant who allowed me access to a document I would not otherwise have had, and who answered all my questions. Stephen’s generosity is all the more noteworthy because I made quite clear my scepticism as to his position, and yet he did not retreat into silence, but rendered what aid he could. Although it pains me to have to disagree with such a gentleman, the truth is as it is.

In that article, I began with a very short introduction to Gurdjieff, and then I noted five elements of Scripture. To simplify, the text is taken as holy, as authoritative and normative, it is revealed, its language is sacred and it is preserved in a canonical form. I then discuss Gurdjieff’s knowledge of and comments about the Bible, his ideas of esotericism, and of objective and subjective art. Gurdjieff tried to produce objective art, and that was, for him, a more important category than “scripture.” I then bring this together by considering Beelzebub’s Tales according to the five indications of Scripture. I conclude that Gurdjieff did consider the book to be objective art, and in our terms, Scripture.

I then turn to the revised translations. I note that the 1992 revised translation is no longer in print, but the 2006 one is. This is quite an important point. The revised translation which was defended on the basis of Mme de Salzmann’s expertise is gone – replaced by a second revision made not under her direction or, so far as we know, even at her direction, but from a Russian text, which cannot be exactly Gurdjieff’s “original” if not only because he wrote in Russian and Armenian, and this one had no Armenian. From all the facts (set out at length), the conclusion is inescapable that Gurdjieff treated the 1950 English as an original text. Whether he treated the later Russian text as another original is unclear, but it was in no way authoritative in a manner which the English was not. The idea that Gurdjieff had one intention and put that into the Russian is naive. Gurdjieff knew that each version in each language would be different, and each version made under his direction was an “original”, or more to the point, it was a piece of Objective Art.

I also set out the previously unpublished exchange of letters between Bennett and de Salzmann. She manages to score a point off him by saying that Gurdjieff made a comment about something in the Russian. However, the texts do not bear her out. Rather the opposite, the support Bennett. We have only her word for this, and it flies in the face of the objective evidence. I am aware that my views of de Salzmann are not popular in many circles – so be it, show me where I am wrong and I will correct the record. But once more, I can find no alternative explanation – she was responsible for the very disaster she claimed to wish to avoid – the casting of doubt on the text of Beelzebub. I also deal with Grant’s contentions that Gurdjieff left the revisions up to her. They are baseless.

David Seamon’s article is “Setting Forth A Canon Of The Gurdjieff Work.” A canon, he says, is “any body of work that claims some manner of objective endorsement, authority, or permanence … The underlying assump-tion of canonicality is that limits must be imposed to help one locate a particular tradition’s works of most significant quality and standing” (262). Given the nature of Gurdjieff’s system, Seamon tentatively defines the Gurdjieff canon as “an ensemble of texts, methods, and performative media that when, engaged sincerely and persistently, might facilitate self-transformation psychologically and spiritually” (262). The canon has four components: written works (which David focusses on), music, movements, and exercises.

He then sets out seven categories of Gurdjieff related texts:

1. Gurdjieff’s Beelzebub’s Tales to His Grandson and Ouspensky’s In Search of the Miraculous

2. Additional texts by Gurdjieff and Ouspensky, including Gurdjieff’s Meetings with Remarkable Men and Ouspensky’s The Fourth Way

When he treats of Beelzebub, he agrees with Grant that both the original and the revisions can be accepted (267). Obviously I disagree with that. I agree with his praise for Psychology of Man’s Possible Evolution and Fourth Way (269), and for the commentaries by Orage and Bennett on Beelzebub’s Tales (271).

It was very good to read here a quote from Mrs Staveley where, describing Jane Heap’s teaching, she mentions the divine plan: “she showed you how worthy of respect is the divine plan for Man, is Man himself” )273).

Please do not ask me for copies of my articless. I shall post the outlines of my contentions here, but much the best thing is to purchase the journal if you do not otherwise have access – publishers should be rewarded for undertakings such as this.