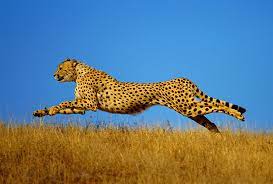 Repairing the Past: Exploring the Practical Approach

I have written about repairing the past before. Since we are our past, and it can only be repaired in the present, it is fundamental for the work of self-development. These four posts said something practical about it.

More on Repairing the Past

I now may be able to take it further. Repairing the past begins, I suggest, with remorse of conscience: seeing that we have behaved or thought in a particular way which offends conscience. Often, we recall a particular sin, crime, or mistake, and we feel guilt for it, but it does not stop there. One can feel as badly for something done by one’s parents, or one’s family or friends. Further, the reaction against one’s own behaviour is often taught to us: perhaps a parent or a school teacher made a point of moralising everything, so that even the least mistake was turned into a major offence. Because children tend to accept their parents’ and teachers’ valuations of the world, they come to see small things as morally huge, and then they cannot break the habit. The result is that those who do have some feeling, and who sincerely wish to do well, can be brought into a condition where they have strong emotions of guilt which are out of all proportion to what was done, and very often, to what they worry may have been done. Those whose consciences are deeply buried are often blissfully free of these painful feelings.

Perhaps the best way to overcome these feelings is by repairing the past. There are other ways. Of these, the worst is to stop feeling. People do many things to stop feeling their pain: they chase alcohol, entertainment, sex, money, drama, all sort of things. Another bad way is to reject any guilt whatsoever. A third is to convince myself, as it were, that I am always right, and therefore, if I feel something bad it is not my fault it is someone else’s. Not everyone has gone past wishing to always be correct. But if one is willing to see what has happened, and to admit one’s faults, the best way forward is to repair the past.

How Do I Repair the Past?

First of all, I need the right attitude. As Ouspensky said, our attitudes are like antennas that connect us to things both inside and outside. If our attitudes can be changed, then we can change. Second, I need to be able to come to a central and balanced place within myself, so that when I begin to repair the past, I have a place where it can be done. This last point is difficult to understand at first, but it is like preparing space in the kitchen when you want to cook. If I remain in my ordinary state of being, there is no place, meaning no inner place, where I can undertake the work of repairing the past. Third, for all the above, Gurdjieff’s Aiëssirittoorassnian-contemplation is absolutely fundamental. It helps me be aware of and build up that inner place, and transform negative emotion into positive feelings. Fourth, it is not enough to just have the positive feelings, I need to digest and assimilate them: the new state of moral maturity becomes part of me: it becomes my nature.

First, the right attitude. I have seen my crimes and admitted my mistakes. My attitude is that I cannot allow the sins of my youth to rule the rest of my life: I was ignorant, I was weak, I was immature, I made a mistake. As Mr Adie would say: “You were not there. You did not do it, imitation did.” But now I wish to learn, to become strong, to mature and to find wisdom. Our negative emotions bring the second force. Each of the three forces is necessary, and then I centre and balance myself.

Second, the balanced place must be found in prayer or in contemplation, and experienced in movement and action. In this balanced place, so far am I from delusions that I am more aware of my body, more aware of my feeling, and the head is calmly watching, like a policeman. You may recognise this state from your prayer, or you may be taught contemplation, or both. The centre has a physical concomitant. It may not be wise to say too much about this: perhaps it is best that we find this for ourselves. Thus, when Gurdjieff asked them: “When you pronounce the word ‘I’ aloud, have you noticed where this word sounds in you?” he did not tell them where it should sound, if indeed there is one place (see chapter 15 of In Search). But that the body can naturally respond is not in doubt. You can see it in the cheetah which graces this posting: it occupies every part of its body.

Third, when I have a painful memory or feeling of guilt, I say to the negative emotion, the pain or the fear: “You, fear, remind me that you are a bundle of energy which I can keep for myself.” Then send that force into your balanced state. I find it a great help to become aware of the body, and to be more aware of sensation and to strive to consciously receive impressions. The effort requires “an increase in functions,” as Mr Adie said. We become more aware of the outer world. It is impossible to accurately define this in words. A spiritual direction may be able to help. This negative force is converted, to positive force. Finally, I resolve to assimilate it. I can ask my “ideal” (to use Gurdjieff’s word) to help me retain the results of this effort for my being. It is not enough to just have an experience or even a number of experiences of being free of this pain, or even of freedom. I want to have a different nature. I wish to become a permanent centre of balance.

We no longer have to be concerned about the past: should I or should I not have done that? Rather, our concern is now with our future, and in this respect, the function of the pain is really to make us aware of the existence of the problem. But little by little we have become addicted to pain. Repairing the past is a way of undoing this addiction.

Little by little, with the passage of time, as this centring and balancing motion is realised, something which has the function of a new organ forms. As it does, I no longer need to think out my way to this centre, I no longer need to sustain an effort of confronting; or rather, the thought and confrontation take place faster than thought.