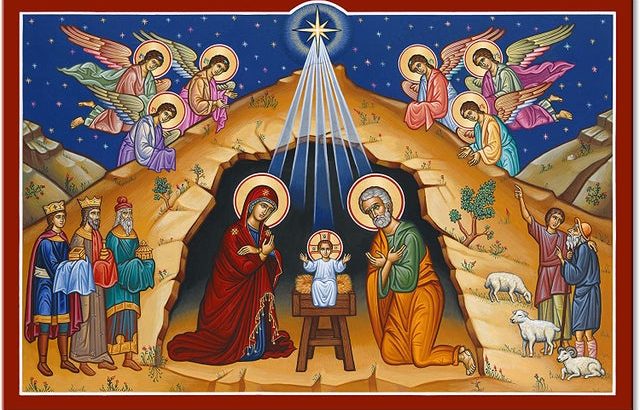 from the meeting of Thursday 3 March 1988

Lilly:    At the combined meeting you spoke of an icon, I can’t remember the precise words, it seemed to be, it’s something that during the day you could return to as a reminder.

Mr Adie:   Yes, you have to choose an icon. You have to put it there. I’m talking about the inner. It’s an ideal, you see. There is an icon in this room, up in that  corner. And its  full of other icons really. Icons for my work, in my Being, my life, my consciousness. I need a sense of different levels.

An icon is generally placed on high, in a place where nothing else goes, right up in a corner, for example, so that it looks out. It is a significant image, it attracts attention, it reminds us. I want something there to remind me.

So, we want an awakening factor. What can we put up? He put up this one. We can use a variety of icons: some we have up for some years, others for a month, or a week. But in life  if we put up one for the day or for an hour a day, it can have a tremendous effect.

How to think about it? First, what seems to be my need? Perhaps a freedom from fear, a non-indulgence in terror. So, then, what is the icon going to be? Perhaps Saint George and the Dragon: something which reminds you of the possibility of real courage, I feel I need that today because something is threatening me, whatever it is. So, that’s an ideal. I come to myself: I work with all three centres, including the sensation of something inside, and I project the ideal image up there – but  I refer to it and from here (touching his solar plexus), I put it up there. And it helps me if I remember that ideal. it’s coming from here, reminding me of my feeling. It can bring me back to the more balanced state in which I put it up – and it may open me to more.

Understand the idea of what an icon is, a high ideal. Very often it’s the Virgin Mary and the child Christ put up in the corner. There’s the child and there’s the Virgin and the child, with their halos, it’s a high ideal. And to put that there, whoever comes in and sees it, if they are touched, then they are also seen by it. And I myself am regarded by it and touched in my feeling. I want something that will remind me of the safe place, the serious part of myself, that’s what I want, so that when something goes wrong, I’m not swept away entirely. That’s what I want.

Lilly:   I found one idea, that of the gift of life.

Mr Adie:   Yes, life is a given thing, so I want to receive it. So, I choose an icon of somebody receiving a gift. This is what all art is, all great art. Art in pictures, art in music, art in theatre, it’s always a representation of an ideal of something. I’m not talking about ordinary rubbishy efforts; I’m talking about great art which represents higher relationships, the laws, harmony, perfection, balance.

[to someone who had earlier asked a question] If you had something like that with you to refer to when you were you’re doing your report, that would make a difference. Each one of us has to find or create one for themselves,. But the higher idea of the icon is that of an act of creation. You can only draw it from what you have. You search for what you have got, and then, erect this icon. But don’t keep saying, “icon, icon, icon,” it’s just the fact that there are such devices, there are such messages. They do exist, there are, so why not for me? Why would it get swept away in some fear or considering? No, I want something.

Andy:   Along that line of the icon, searching for an idea this week. Tuesday, this week after my preparation, the idea for me was seriousness. I felt I’ve had a taste of couple of weeks. More serious about my situation.  I was freer. It felt like it could be a good beginning.

Andy:   But that was slipping away from me, last Thursday.

Mr Adie:   Did you see all the things that go with seriousness? Many, many things are related to it and go with it. All frivolous things would disappear just by definition, so no frivolity, but humour isn’t to be abolished, fellow feeling isn’t, sympathy isn’t … kindness, all are possible. Really possible relationships are be included in seriousness. They wouldn’t need to vanish if seriousness appears. It’s very, very inclusive and very definite the quality of seriousness.

Mr Adie:   Well, you don’t know. You don’t know what might have been produced if you hadn’t had the influence of this thought. No effort is ever wasted, we may not be able to see, but it only needs a hair to affect one. You may not even see it, but it just makes the difference between something affecting you or not affecting you. Well, I think you have the right idea, how to use such approach. But the icon itself is generally put up above eye level and it’s symbolic, the symbolism is practical.

When I have the idea of reality then everything is serious, how could something not be significant? Only if I sleep do I have no sense of purpose, of significance.

One concept of seriousness will increase and change, you’ve already found that a little. Try to think in a new way, try and use the head. See, we’ve got different departments in the head, the lower moving part of mental centre is alright, as Mr Ouspensky used to say, it’s alright for buying boots, but not much good for higher questions. We’ve got something that is good, a higher part of the centre. But, in order to be aware and in touch or use it, I have to also be simultaneously in touch with my body and my feeling, and know it and be conscious, then I become in touch with my higher thought.

Then things become possible which were not possible before for my inner life, which of course affects my outer life at once. It would be very serious for me if I thought that I could do right now, I’d be sunk straight away. So what about the all the things that I try and do? They do themselves. It’s all established there. First of all by a sort of prophecy, but of course, the more dense the line, the greater the number of accidents, so the line can be broken up many times.

So, what does prophesy mean for me? It means that I might have a little idea of some sort of kind of control, own my manifestations for the space of a few minutes or something, perhaps a little longer. And with a trust that having had this idea it will last still a little longer, not very, certainly, but to a certain extend I see there is something that I can do. I’m not sunk, there’s hope, hope is always based on this present moment. This is the moment of work. There is always hope. As this moment is, so will the next according to law. So, what about it? This is always my moment for seriousness.