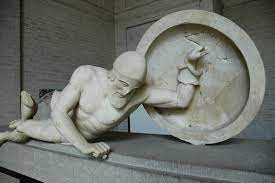 Principles of Payment in the Spiritual Life

There are several aspects to the question of payment in the spiritual life, but I think they can all be reduced to two, first: one can only receive what one has sufficiently paid for. I say “sufficiently” because payment has many dimensions, and a person may be generous in one way, but cheap in another. This will not do in the spiritual work, especially the Fourth Way: our payment must be balanced just as our development must be balanced.

The second is this, if the question is raised, people may ask how much they should pay: the answer can only be, I suggest, sufficient so that your conscience does not reproach you. When Mr Adie considered the payments he regularly made to the work centres in London and Paris on the 13th of January each year, he would give a surprisingly large amount. Once he smiled at me and said: “Well, there is no mistake about it.” His conscience could not accuse him when he so generous.

I return, in the appendix, to the differentiation of the Fourth from other Ways, as it is not, I suggest, at all well understood. Whether I understand it better or not is another question, but these are the principles I try and follow.

Gurdjieff demanded payment from his pupils. This is a constant throughout his career. However, for reasons we shall explore, he seems to have left it chiefly to them to work out how they should pay, and he chided them when they did not display understanding. As often happens, it was what he said to Ouspensky which was most carefully preserved and transmitted. Perhaps the most important introductory matter was stated in The Fourth Way. Ouspensky had mentioned how Gurdjieff had told them that, in some schools, a sheep could be made conscious. Ouspensky asked what they did with this conscious sheep, and Gurdjieff replied that “they ate it” (120). Ouspensky went on:

The idea of the conscious sheep is this: suppose a man is made conscious by someone else; he will become an instrument … One’s own efforts are necessary, because otherwise, even if a man is made conscious, he will not be able to use it. It is in the very nature of things that consciousness and will cannot be given. … This is the reason why one must buy everything, nothing is given free. The most difficult thing is to learn how to pay. But if it could be explained in a few words, there would be no need to go to school. One has to pay not only for consciousness but for everything. Not the smallest idea can become one’s own until one has paid for it. (120).

Note Ouspensky’s words: “The most difficult thing is to learn how to pay. But if it could be explained in a few words, there would be no need to go to school.” I suggest that the difficulty of helping people see that they have to work out their payment for themselves, and how to pay, and that this requires a process which goes on with all one’s work, helps to explain the complaints people brought against Gurdjieff (and even people like Mr Adie) about money and payment.

Ouspensky returned to this on other occasions, once adding: “… as a rule we want to get something for nothing, and that is why we have nothing. … We will pay for anything else, but for this [knowledge] we are not prepared to pay, and so, as a result, we get nothing.” (Fourth Way 281)

That can be considered the introduction to this area. having said that, one must delve more deeply. Ouspensky was once asked whether payment involved a loss to oneself. In a critical passage, he replied:

Loss or effort. … Payment has many sides. the first payment is, of course, taking the trouble to study and understand the things you hear. It is not yet payment in itself but it creates the possibility of payment. Payment, in the true sense of the word, must be useful not only to you but to someone else – to the school. (281)

Immediately, he was asked whether this meant small payments. he replied small or big. The next question was: “What are they?” He replied:

This is what we are speaking about – you must find it for yourself. It always means a certain effort, certain ‘doing’, different from what you would do naturally, and it must be necessary or useful to the work. … Efforts may be payment, but they must be useful, and not only to you. It is necessary to understand the work in general and the needs of the work. … If you do not work on yourself you will not be able to pay. This is the connection. … the idea is that in the way of attaining something in the work one gets only as much as one pays for. It is a physical law, the law of equilibrium. (281)

One significant matter which emerges is that payment in the true sense must also help the school. This tends to be taken for granted: yes, my contribution goes to help the rent. But there may be far more going in a school than a person sees; and of course the teacher has to receive enough to justify devoting his time to other people. This perspective enables us to better understand Gurdjieff’s statement that he had too little spare time than to be able to waste it on people without being sure that it would be a help even to them (ISM 12).

It is easier to remember Gurdjieff’s very true statement that one does not value what one says not pay for (ISM 12), true as a principle, although sometimes we do in fact feel gratitude for gifts. The teacher also has to sacrifice his own time, and the more he understands the more he values his time. I would put it like this: even if one does feel gratitude for what is freely given, one values it more if one has paid for it, and by payment (e.g. by performing services or financial contributions) one justifies the sacrifice made by the teacher. As Ouspensky said, by paying one will receive, but may not be certain of what: the point is that one does not know if one does not pay (FW 282). Perhaps one can say that one’s payment is perfected by paying yet more than was necessary.

This is why I think that asking for a specific amount is a betrayal of the esoteric principle. One can say, for example, “$X for each meeting, or each month, or for each movements class or each session of classes.” But then what has happened? A certain fixed amount is accepted as sufficient for everyone, and then one no longer needs to think about the question of payment any more. That, I am certain, is wrong. I will not go into details, but no one ever paid more for their groups than the Adies themselves did: in fact, they may have paid too much. But it was better to have countenanced paying too little than paying too much.

Mr Adie would have us, once a month, bring an envelope to the general meeting of all groups, with only our names on the outside. Inside was the contributions the amount of which had been agreed between himself and the payer. Of course, the amount depended upon the means of the person, but that said, the question was really how one valued the work.

Again, I will not go into personal details, but I was once engaged in something for Mr Adie. It was extremely difficult and also extremely painful. I determined I would tell him and have done with it. I felt a tremendous sense of relief. It felt right. But when I spoke to him, he said something like: “Everything one does for the Work is repaid. You will be receive back, and at a higher level. It is a Law of Creation.” Despite my sense that the decision I had come to was the only one, I was suddenly lifted above it, as it were. I went through with the job for Mr Adie. And I never regretted it. It was a real labour, but it was now a joyous labour.

Mr Adie sometimes asked people who had left the work to continue their contributions. At first, I was surprised when he told me about this. But I soon saw the sense of it. A person’s history with the work cannot be erased. If they behave honourably by continuing payments, they continue to receive. And as stated, they must be repaid: it is a mathematical law. As Orage said: “Voluntarily or involuntarily everyone repays everything. If voluntary we may extract conscious advantage; if involuntary there is involuntary suffering.” (Gurdjieff’s Emissary in New York, 268.) Sometimes I have pondered this principle: I wonder if it means that if someone is mean or cheap with the work, Great Nature exacts from them suffering.

When I have written here of “ways,” I have meant genuine ways to conscious immortality, where there is esoteric knowledge. Other paths, no matter what they call themselves or how they are perceived, are what are sometimes known as “monkey ways.” I am unconcerned with these: as they lack esoteric principles, the principle of payment does not and cannot apply.

In the other ways, one must pay all at once, at the very beginning. Hence, when one becomes a monk one immediately gives all one’s property to the order. This explains, I suggest, Jesus’ comments about freely giving and not taking a purse: one has already paid by giving everything up. Remember, ““Foxes have holes, and birds of the air have nests, but the Son of Man has nowhere to lay his head.” (Matthew 8 and Luke 9). Ouspensky also referred to how radical and demanding the New Testament teaching on payment is: (Fourth Way 280.)