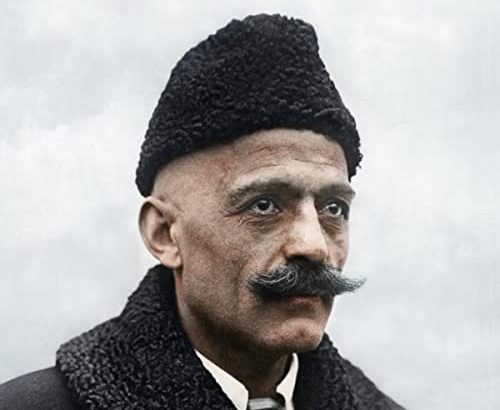 Mr. Adie:   I would like to just ask: who here has had a moment of real separation when they were really outside their body, and they saw themselves for a moment or so? Who has had that?

[some raise their hands]

Well, there you are. Sometimes, in a moment of extreme danger, and sometimes, just purely accidentally, one has such a moment. But I think that everybody who held their hand up, or most of you, would agree that one of the chief significant things about that state, which lasted a very short time, was the extreme clarity of everything. Did everybody feel that? I’m talking about a state when you’re actually outside of your body and you see it. You see your body just like you could see anybody else’s body if you were looking in an impartial way. In other words, you really are outside yourself, and you regard yourself like that. You are objective to your own body. Does this correspond, in general, with the experience you’ve had? Nod with your head, but tell me if you agree.

Mr. Adie:   Because you see that relates to this concept of an image and how I am, and how, for instance, today, how are we going to work? Can we work towards that state of great simplicity, seeing as if the obstructions have been removed? All these sort of complications and manipulations and everything, all seem to be on one side. But then there is this unmingled act of seeing, when everything’s very simple, very clear. I have to do something, and there’s nothing to stop me: I just do it, and it’s very real. I don’t know if you see the possibility of connecting with that, how the image can be a sort of step in that direction.

I have had this experience on a number of occasions, and in the main cases I had, my body was completely passive; perhaps I was sitting, lounging in a chair … and my body wasn’t engaged. But there were other moments of self-remembering when I saw things happening, and this has made clear the direction of this experience. And that is always available. If we can find some inner understanding in our work here, it should become more and more available to me.

Now if I could have that impartial sight somewhere, and I could see the little ripples of habitual disapproval, or habitual looking for praise, or habitual attitude, or dislike, or even hatred, that would give me a possibility. These things do arise within me,  but if I could see them appearing, they would have to fall away. I would not be identified as I habitually am, and their energy would be available to me for my being.

I would like to try and work in that way today. We should be working together, we stop every half an hour and exchange together freely, without complication. Just very simple together, yes, yes. Try working like that. We have a very fine day, so on, yes. Does it seem to be a good practical line? Good, good.

In response to a question, Mr Adie said: “I see that something is taking place around me, but for me to share in that life, there has to be some movement, some action, some work. There has to be some Will expression. Once the concept of will is understood at all, you’ll see that the will is never unoccupied. It is always working. It has to sustain life, it has to sustain life in the cosmos which it’s related to. I mean everybody is a cosmos of some sort. And so, the Will is the force of life. The force of life is either totally subject to these external forces, being completely enslaved with all sorts of automatic dreams and associations; or else there’s a receipt of various impressions, a certain selection and discrimination, so that the force is used with some purpose.”

“You can see the moon rise, very delicate, you can see it against the afternoon sky. If that were to tremble, or go suddenly out of its orbit everything would go haywire on earth. But all that splendour and regularity isn’t accidental, it’s according to the laws, the laws of the Will of Creation.”

“And we are built in that image with a possibility. How terrible to be ignorant of big questions, and thus to find life boring. But you see our work can expand, and give answers to questions, ever more questions, until the whole thing is accomplished. Life is taking place around me. How am I to that life? What part do I play? Or do I play any part? I begin to see that there could be a part for me: to be in touch with the universe, to have contact with the universe. What more could one ask for?”

A little later, someone said that he had found that the ideas given at the morning had helped him observe his feeling as well as his body. In the course of his answer, Mr Adie said: “There’s a great mystery there. Because of all the stupid associations of ordinary life, one is inclined to think of mystery as a sort of dark night, all the lights turned out, and weird sounds. But it isn’t that at all. The mystery is what we don’t understand. But of course, as our understanding increases, as we open, the mystery increases, it doesn’t diminish. Then we have an entirely different concept of mystery. Mystery is consciousness of the existence of difference levels. A miracle is the manifestation on one level of the laws of a higher level, and it cannot be explained on the laws of the level of the manifestation. And so, when you go the other way and you open up, one can feel more than one can contain, and hence the sense of mystery.”

After supper, Gregory said: “This morning I realised that my body was actually becoming identified with the job. I’ve called it identification before, this time I saw that it was the body. And as it did something in me became more critical of others, more bossy, impatient. Sometimes moved too quickly, more quickly than was safe, or intelligent.”

“And you blame your body for that?” Mr Adie asked. “You can’t expect the body to think for you. I don’t think you can say the body became identified. The body is just an instrument really. It has an intellectual part, it has a feeling part, but not enough to discriminate between the suitability of the job, or the unsuitability of the job. I don’t think it’s right to say that your body became identified. I would say that your discrimination was lost. As the saying goes, you became identified. All your force. You disappeared and the result was automatic reaction in your feeling, which followed thought. The thought wasn’t very interested, and the body had no choice.”

“Why is that? It’s very important for us to think. You’ve got to think as rightly as possible. I do not think we can say the body became identified. And if it did, so what? In that case it’s identified all the time. I mean the poor body, what’s it to do? It has force, and who’s telling it what to do? The body can’t discriminate between whether it ought to put a stone this way, or that way, you can’t expect the body to tell you that. You could tell a sensation could discriminate if it had any attention, but it was getting no attention so, it’s completely lost. It’s attentions going in negative emotion and dreams and criticisms. So, the body is really at a loss. Then, if I get furious and go and smash up something, I can’t blame my own body for that.”

“If I am performing moving centre work, as you were, all I need is to put my attention just on moving and instinctive centre. You didn’t enjoy simply putting each rock just in the right place. There can be some kind of pleasurable sensation about it. Something joins in the fact that the stone gone into its place just the right way.”

Finally, to someone who had been helped when just one of the four women she was with pointed out how she was talking in an uncontrolled manner, Mr Adie said: “Some people accept your talking and don’t interfere. Others recognise that you’re talking too much, and let you know sometimes. Well, you have to be grateful that they do. But don’t just say this: there should be some kind of formulation which I take deeply into myself. Take any equation. You put down two and two over three and you get, what? One and a third, which you can think of more easily than two and two over three. Two and two over three equals four over three which equals pne and a third. It’s a kind of picture, and you won’t forget it so soon. In the same way, you can have a clearer picture perhaps of people that remind you in one way, or another. And then for the people that do not, the observation is much less clear because there is no confrontation at all – nothing to digest. Before you pass on you should have some kind of element of resolve in yourself that you really do prefer and you do wish to receive more comments, and less of other people letting it pass. If you assert that for yourself, then you pass on with the benefit. Each time, I need to affirm my aim, otherwise I don’t really retain that observation. If I do that, I’ve got something, I’ve got that. Because very often I highly resent being stopped in my talk.”

“I have to be there for that. So, I’m beginning to be there. This is what I want, now if I actually start to work it begins to bring me. No work can be done without me. I’m the only person that can do my work. Good. Nothing will free me from my identification other than that.”