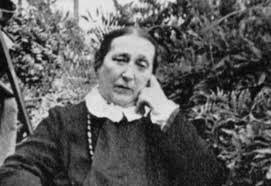 Someone recently asked me what material I had from Madame Sophia Ouspensky. Of course, there is a certain amount available on the web, and some material, collected by Robert de Ropp, and by Dushka Howarth, is now in the public domain. Dushka once said to me that it is forgotten that Mme Ouspensky was a teacher of a calibre little less than that of Gurdjieff himself. I am not in any position to contradict her, and I never felt that Dushka was less than sincere.

In addition, many have praised Mme O., including J.G. Bennett and my teacher, the late George Adie, who said “she seemed to have the ability to be everywhere at once.” I think he meant that she was hard-working, had a sense of where she should be, and that she did not waste a single moment. Mr Adie had some notes of a lecture she had given on cells: he read it to us once, but it was never found among his papers after his death. As I recall, it was reminiscent of passages from In Search of the Miraculous. I do not recall it to have been quite that good: I am referring more to its tone and its subject matter. However, Mr Adie always spoke very highly of her. He told us that she had once decided to have a function, a sort of a cocktail party, and that he had disapproved. For his understanding, then, it was too trivial. A young girl came up to him, and said: “Madame says you must go up to your room.” Mr Adie made clear that the shock had been good – he saw that he had not entered into the spirit of the event: it was a condition and an opportunity for inner work which something in him had refused.

Mr Adie once made a comment that there were occasions with Mr Ouspensky when questions were asked of him which related to inner work, and to which he would answer: “That you must speak to Madame Ouspensky about.” This was not true of all queries about inner work, only some. But that does fit in with comments made by Robert de Ropp (Warrior’s Way, 95) and by Lord Pentland (I can’t recall where), about Mme O being the “real” teacher”. I am by no means critical of Mme O. – my assessment is that she has come in for some unfair criticisms (see below) – but one should still be fair to Peter Ouspensky. Not only his understanding but also his achievement in terms of being was clearly astounding.

I remember too, that Mrs Adie told us that at one work with Mme O., she had walked in to the dining room, where men were seated separately from women: an arrangement the Adies had followed (Mr Adie said that it reduced considering about sex). Mme O. had sized them up, and then sat with the men: “I cannot bear to sit with a table of ‘good’ women,” she had sniffed. Mrs Adie laughed when she told it, and why not? She had been one of the ‘good’ women (meaning that people upon whom their gaze rested had a feeling of being scrubbed down with moral disinfectant). Mrs Adie had not blushed to say so. The Adie’s gave us wonderful examples of how to own up to one’s past errors and limitations, and to learn to change, rather than to punish oneself with a useless guilt (not all guilt is pointless). They would speak about their own work when there was a purpose in so speaking.

People like de Ropp seem to be unfair to Mr Ouspensky when they say that: “Ouspensky’s intellects, Madame worked on their emotions” (pp.96 and 161). I am aware that de Ropp knew them both and I did not, but I do not believe that this can be true when put so absolutely because (1) neither intellect nor emotion can be worked on without involving the other, and (2) at Mr Adie’s very first meeting with Mr Ouspensky, something which Ouspensky said about jealousy cured Mr Adie completely of the jealousy he had felt in respect of Mrs Adie and her hordes of male admirers; proving that emotion can be touched by the intellect, and that Mr Ouspensky could at least sometimes facilitate that touch.

I am grateful for de Ropp’s account: to me it makes both Mr and Mrs O. look other than of a normal level. I defy anyone with good will to read the account of the harvest work on pp.97-99 and not come away with a higher opinion of both, and without having learnt something real. I also appreciate his reporting of Mme’s comment about the relative value of physical work and meditative practices: “You meditate. Stare at wall. Soon you see things. Angels, devils. Anything. This very useless practice” (100). Sometimes de Ropp does say something which shows Mme O.’s limitations (e.g. at 133-134 and 153). He may be quite right, or he may not have been. But he did not discuss it with Mme O. at the time, and she may have been able to explain her actions to him. He himself states that when he left, he wrote her a nasty note rather than speaking (163). There are some other accounts by other people about Mme O., mostly rather waspish. But I shall put them to one side.

So, I had a look through my Mme Ouspensky file. I found a little bit of material, such as the page which has been uploaded here as a PDF file. I am fairly sure that people asked these questions, these were passed verbatim to Mme O, she dictated answers, and these were then delivered. This shows that, by this time, Mme O. was confined to her bed with Parkinson’s. The manner of answering questions does not sound great, certainly not immediate, and it may ever not have been ideal, but perhaps it was the best they could manage at that time. I mean that the very circumstances in which they had to adopt this method to hear from her, supplied something more. It could be that when a person brought their question, they very circumstance of having to formulate it precisely (rather than in discursive conversation) and having to wait for the response, allowed a unique opportunity for the questioner. It may also have been a help to Mme O. herself. It is possible that the effort was good for her, in several ways.

Here is some material from Mme O. which was found in Mr Adie’s papers. This was especially powerful, for me. The last two sentences were underlined in the original. I could expatiate on them, but I have decided to say nothing except how profoundly thankful I was and still am to have ever read them, and had the chance to ponder them.

We have come to a question: what leads to consciousness, and what prevents?

It is necessary to understand that nothing is static. Man is changing all the time. Therefore, man must give an account to himself all the time, at every moment, where he stands, which way he moves.

He must ask himself: who speaks, who does, who directs?

The characteristic of sleep is that everything happens, drifts, slides, goes by itself.

What is the key? Everything goes without effort.

If we allow ourselves everything – absurd. We can only slide downhill. With effort it is possible to climb mountains.

But right effort is necessary, not just any effort.

Joseph Azize, 17-23 September 2018 (May the Ouspesnkys be received into the kingdom.)