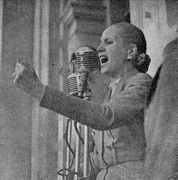 This exchange comes from Saturday 22 March 1986 at Newport. Mr Adie had given the morning address, and now, at lunch and again at supper, people would bring questions. This is from the lunch exchange.

Max said that he had been in a “familiar state of confusion” since Mr Adie had given him a new job. He had been “stuck:, but when he actually attempted the job, his state changed, and he felt more open.

“What about all that?” asked Mr Adie, “What is the essence of it to you, now? Why are you speaking about it?”

“I wanted to affirm it, and to better comprehend it, but it’s mixed while I’m speaking,” replied Max.

“Yes,” replied Mr Adie, “but there’s a possible misunderstanding here. If I affirm something now, in the presence of us all, I don’t automatically increase my understanding. I don’t automatically ensure my intention. Speaking cannot guarantee that. Before I speak, I have to sense exactly where in myself the impulse to speak comes from. I need to be careful about that. There’s nothing here which corresponds either to the confessional or to speaking in tongues. Not at all. Here is a test. I have to try and be as objective as I can for my own sake and for everyone’s sake. That’s really the thing. There’s no automatic benefit, not automatic.”

“I need to know more and more why I bring something, and to bring it simply, as otherwise something undesirable will join in. The simpler I am, the more others can benefit. The more it will be a true representation of my experience. So you have to take your experience inner, and be very careful how you approach it, and how you handle it as it were. Perhaps there is some gold there. Alright, if I receive some enlightenment, this is a sacred thing. What could be more sacred than understanding? It brings a real feeling of myself in fruitful connection with the higher levels. This must be respected.”

“You have been in the habit, for a long time, I don’t say now, but you have been in the habit of speaking without that caution, without that poise, that balance. Well that’s ordinary talking. It’s got a long history. But now you’re beginning to place a check on that. This will mean that you speak much more simply, and that you stand behind what you say, without worry.”

“You felt that that was lacking in what I said?”

“Not entirely. It is more that as you were starting to speak in a new way, I wanted to draw your attention to the importance of your state when you speak, and an uncertainty that appears sometimes. If you have that simplicity in yourself, then how you speak will be quite different. The danger of speaking without it would be that I lose what is valuable in my experience.”

“To speak of an experience is to magnify it. If I speak with some presence, then what was valuable is also magnified, it’s digested and better retained. But if I magnify it the wrong way, then it’s already lost: it’s drowned by self-appreciation and swagger. Then instead of having the benefit of it, I have a model which will stand in the way of the next experience.”

Mr Adie brought a demand that we, as we spoke, be making an effort to be more present. Perhaps the quality of his presence was so strong and palpable that we could sense it, and that, naturally, set a standard. But even if this was so, and I rather think it was, I also think that we could sense his wish that we should develop our possibilities, that we should increase in consciousness and conscience. These two qualities, his being and his desire that we too should attain to being, fed our impulse and incarnated the aim of conscious development.

He also had the ability, almost certainly increasingly rare, to put you on the spot as you spoke, and yet to support you. While bringing you up short, he helped you not only see but also to feel the gap between your understanding and your wish to understand. And then, his very understanding, or even his wisdom, proved to you that the gap could be bridged, for after all, he understood your situation.

This exchange is remarkable: Max brings an observation, and Mr Adie sees that the deeper issue is what speaks through Max as he talks. He perceived that, for Max as for all of us to some degree, speaking is seen as practically magical: if I say it, it must be true. But it is not so, said Adie. We are not here to make a public confession, or to perform in public by talking in tongues, as if the very act of wagging our tongues manifested something higher.

And yet, as Adie said, to report it is to magnify an experience. That is why our state is so important when we do speak. Our report extends the experience, so to speak, and therefore, if anything untrue or of a low level enters into our report, it cheapens the experience, and can rob us of what was real in it. Too often, we believe our words. We should believe our state and the actions and omissions which flow from our state.