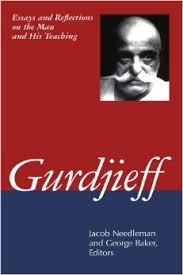 Although a number of transcripts of Gurdjieff’s group meetings during the 1940s have been gathered in one volume (Transcripts of Gurdjieff’s Meetings 1941-1946 2nd revised & enlarged edition), one important transcript is not. This meeting first came to my attention in 1990, if I recall correctly, when Pauline de Dampierre of the Paris group gave Ken Adie a copy of the French and asked him to translate it into English. He was allowed to bring his translation back to Australia with him. It was published in Gurdjieff: Essays and Reflections on the Man and his Teaching (1996).

I had been searching through the book of transcripts for one particular exchange, and when I couldn’t find it, remembered that it was in this volume. It is rather a mixed effort: some of the contributions are, in my opinion, first class, while others are not. But the book is worth the price for these ten pages alone. As some people may not realise that not all of the Gurdjieff group meetings are in the Transcripts volume, I thought it might be worthwhile posting this blog.

Turning now to the Q&A with Gurdjieff in Essays and Reflections, the answers to the first two questions offer significant practical advice about using habit, and in doing so, provide deep insight into our condition and the need for “real sacrifice”(272-274).

The third question contains some important information about sleep, which I am sure many of us have already verified to some extent. However, Gurdjieff’s practicality and the directness of his address always deepen our understanding and our desire to implement what we have learnt. It also provides an insight into making a contact between our awareness and our body (275-276). Interestingly, in the course of this answer, Gurdjieff says that it is necessary to create new habits (276). So often one hears the idiotic assertion that any habit is bad. Another comment I value is his advice that before going to sleep at night, we should pray for those near us who have died (276). And not just before we sleep, I might add. Later on, Gurdjieff says something quite essential about prayer (278): essential, that is, for those who wish to pray.

To the next person, Gurdjieff stated that an ideal, an aim is necessary (276). Gurdjieff also makes the profound observation that if one wishes to tell the truth one cannot then always be polite (276).

Among other things, Gurdjieff told the next person that “it is in doing that a man understands” (277). I am not keen to say this, but here and in the point made before about aim, Gurdjieff runs counter to the “New Work” as it was introduced to us after Mr Adie had died. It is as well to be clear about this: it strengthens one’s valuation of something to know that it is under threat, even if the threat is of being ignored. But this “New Work” idea that I cannot do, I am done, I cannot work, I am worked, is nonsense. It is by working, that is, by doing for an aim that one understands.

The final matter here which interests me greatly is related to a recent post I made. Gurdjieff says that inscribed on a monument in Persia he read: “The present exists to repair the past and prepare the future” (280-281).