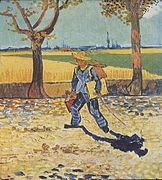 This is the morning address from Saturday 8 March 1985. Mr Adie was generous, almost profligate, with his wisdom. It can be difficult to digest it all. Indeed, it is impossible. No one can digest it, but we can all engage with and nourish ourselves from that engagement. If we apply the ideas, we assimilate them part by part, and continue to feed.

See, to have an instant means that I am in contact with the universe, with life and all sorts of different levels. It’s very easy, even without much training or discourse, to imagine the universe with many levels. We are even getting familiar with it in our minds. But to experience this, to have this as a fact …

It’s far, far too simple. It’s too pure. Man is a duality: he is capable of things higher and lower, and his reality is in-between, which takes account of both simultaneously. That’s the two lives. If I escape from one to have the other, if I indulge in cars and other things, eventually, it’s a descending into densities, it’s clearly involution. But I need that level, and I need the other level, and I mediate between the two, and here is this immediate experience of this symbol of the Holy Trinity, the three forces, any one of which not being present, nothing eventuates.

So, today, how are we going to increase our presence, our consciousness of the moment. How now? How are we, now?

It’s almost like an hour and a half since I started to speak just a moment ago. How are we going to be? We know that we’re going to be lost a lot of the time, very much of the time, but if we, from experience, realise the difference in our total count during the day, when we have a few moments of sharper consciousness, then we can see that the disparity in the density and the speed of the different levels is reconcilable. And in this way, then, we need to value it more, and understand that it can’t last as an unassisted fact.

Then the question is: how do we respond to this reality? We have all sorts of different jobs to do during the day. How are we going to do them? The pattern of our work is that we use our job to try and come between the job and imagination, between the inner and the outer.

We are all unique beings sharing this moment.

So we try and do the work assigned to us intelligently. See if we can anticipate the next movement. If I need to move glass from here to there, I need to know that it’s here right now, but directly it’s going there. Then I don’t drop it. But if I do it quickly like this, I may spill something. As I take it there, I anticipate the movement, and the next moment, I have the same, and so I don’t knock over the next glass. As I take some material from the store, I am aware that this is where it has got to go. I take it.

This is an expansion of my attention, a spatial expansion. If I can divide my attention a little like that, I am much less mechanical, and I begin to have other possibilities of division. My feeling begins to work, and I can then have other divisions, noting other densities. I do not remember in those words, but this is what my experience amounts to.

That is what we will try today. We have the stops. One minute to stop. Then one minute, we turn to each other, like that. Together. Acknowledge it. We can’t force it: it’s a discovery. We don’t know what we’re going to see.

And then the idea that the whole of my life is a gift. A certain acknowledgement can appear. Immediately I begin to become aware of something finer, some sort of gratitude can sometimes arise, and my entire being changes. One never thinks of life, an entire life, as a magnificent gift, a creation of not only the gift but also of the one to whom the gift is given.

But what alternative conception is there? What sort of accidental or even grubby thing do we think the creation is? It is the supreme gift, designed, intended, and achieved with all the miracles and movement of every kind of insect and bird and animal and human. But we just … there is so much lacking in our centre. It is an immediate wonder. It is all taking place.

I can’t stand about gaping at it. I have this job to do. But I can confront what is automatic in myself. I have been born into this world, but the automatism, the inertia, is tremendously powerful. There it is. It is a force, the involutionary force. It is even the force of the creation of the universe; it has an outward flow and an inward flow. It is the two lives, separated, which we shall read about later today.

Posted by Joseph Azize, 7 November 2016, copyright claimed for the trustees of the estate of the late G.M. Adie.